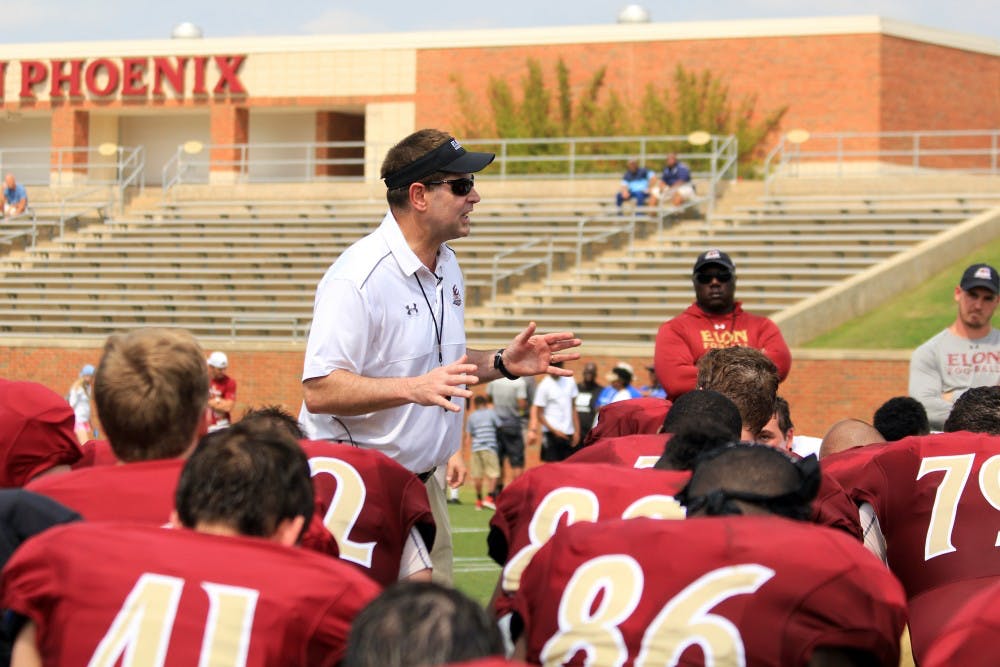 Following the announcement on Dec. 14 from Elon University Athletics about the departure of football head coach Curt Cignetti after two seasons with the Phoenix, some players took to social media with their reactions.

Here are some of the notable tweets:

Freshman running back Jaylan Thomas recited a mantra that was a common theme in some reactions, possibly alluding to a phrase Cignetti used in his time at Elon.

Junior offensive lineman Matt Kowalewski reacted by quote tweeting Cignetti's official welcome from the Dukes. Kowalewski calls his team "The Unwanted" before using a hashtag for Sept. 28, the day The Phoenix and JMU are set to square off next year at Rhodes Stadium.

Freshman defensive back Shamari Wingard made his point clear, promising victory against the Dukes for the second year in a row, and over his former head coach.

Sophomore quarterback Davis Cheek responded to the new coaching announcement by getting fans riled up for the new era being ushered in.