The Occaneechi Band of Saponi Nation takes pride in vibrant community and relationship with Elon. 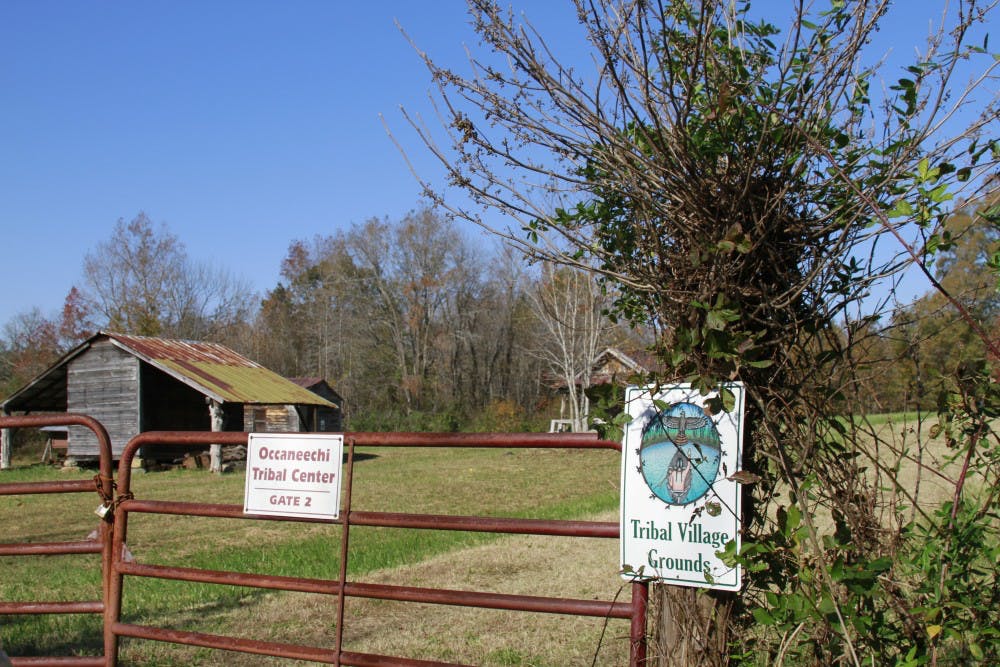 The Occaneechi Band of Saponi Nation (OBSN) is a state-recognized Native American tribe in North Carolina. Tammy Hill, an administrative assistant for the department of student health and wellness at Elon University, has been a member for around 25 years.

OBSN has become an important part of personal identity to those involved. According to Hill, many traditions and aspects of OBSN's culture were lost after the tribe was overwhelmingly defeated in battle in the 1700s. Today, OBSN serves as a tool for reconnecting members of Occaneechi heritage to their culture.

OBSN currently has more than 2,000 members and is still growing. To join, people must complete an application to prove lineage by hereditary ancestry or ancestry who have lived in the area.

Vickie Jeffries, tribal administrator, member of the Executive Tribal Council and Women’s Traditional Dancer, said she feels proud to be a member of OBSN. Jeffries said she hopes people know the tribe is resilient and growing.

“There are a lot of Occaneechis, and we continue to receive enrollment applications on a weekly basis,” Jeffries said in an email.

In 2002, OBSN was officially recognized by the state of North Carolina. They purchased their tribal grounds in 2004 in Burlington, just down the road from Elon. OBSN is one of seven state-recognized tribes in North Carolina, yet only one of these is also federally recognized (the Eastern Band of Cherokee Indians).

Being a part of OBSN

Hill became interested in joining OBSN at around 30 years old. After learning about her lineage to the tribe, Hill and her brothers attended OBSN meetings and researched the history of their ancestry by visiting Occoneechee State Park in Virginia, which details the tribe's complete history.

Jeffries said she appreciates the sense of family within OBSN, the deep love and the generational engagement.

“I love learning from my elders — they have wisdom that carries me through each day. What I learn, I can pass to the next generation,” Jeffries said. “I am honored to be who I am — Native American.”

Hill said she now knows who she is and has gained a sense of peace about her heritage since joining the tribe. Hill said when she was younger, some people "put [people] in the category" of either being white, black or mixed race.

“Now, this gives me a sense of belonging and a sense of identity,” Hill said.

When she was younger, Native American culture was not part of her day-to-day life. Hill said the culture was buried because there were only a few who continued to protect the lineage.

“It wasn’t a part of our lives because the culture was lost for so long,” Hill said. “It wasn’t something that we focused on because either people were frightened or you just didn’t know which direction to go in.”

With her sense of identity re-energized, Hill embraced the traditions of the OBSN tribe, which include the general ways of the people, dance, dress and culture.

One of Hill’s favorite traditions is the ritual following the death of a tribal member.

“There was one time, the passing of one of our tribal members, [when] we went to the Occoneechee State Park in Virginia and to the most sacred space out there, the edge of the water.” Hill said. “With that tradition, you offer up goods like good fruit and those type of things, and you offer it up to the four directions and respect and honor that person who’s passed away.”

Jeffries said her favorite tradition is the Pow-wow because it brings everyone in the tribe together.

“When you dance in the circle, our ancestors are there, and when your fringe sweeps the ground, you are honoring them,” Jeffries said. “When the fans are held up on the honor beats, you are honoring the winged ones, and you can feel the drums beating in tune with your heart.”

OBSN's relationship with Alamance County has been positive, according to Jeffries.

"With Alamance County being one of our territories (Alamance, Caswell, and Orange counties), we have a great relationship," Jeffries said. "Alamance County is very supportive to the OBSN."

Elon has also actively engaged with OBSN. Former Elon student Erin Mellette worked with OBSN to create a display for the Mebane Historical Museum, which helped OBSN earn a grant to build their visitors' center.

“The tribe has made a lot of progress within the last couple of years, and we will continue,” Jeffries said. “Sharing our culture is very close to our hearts. We want to tell our story and not have it told by someone else.”

OBSN members have also been attending pipeline forums and were on committees as a part of changing Columbus Day to Indigenous Peoples Day in Carrboro and Chapel Hill.

OBSN has also made efforts to focus on health initiatives. The organization’s tribal grounds recently became officially ‘Smoke-Free’ grounds. They are also working with the Healthy Native North Carolina initiative.

“We’re really proud of that in the sense of being healthy natives,” Hill said. “I think it really goes back to the traditions of how we lived in the past, making sure that there’s an understanding that the respect for the things that come from the earth and the respect for who you are and how you live is so important, that’s mind, body and soul.”

OBSN's work focuses on health issues, access to medical care and partnering with organizations such as Healthy Alamance and BlueCross BlueShield of North Carolina. Numerous health issues affect the Native American communities, including alcoholism, obesity, mental health and diabetes. Hill said many of these issues result from tribes being pushed onto reservations. A study from the Indian Health Service, a federal health program for American Indians and Alaska Natives, indicates that Native Americans have the highest rate of Type 2 diabetes in the country.

“There’s so many things that never impacted natives until they were uprooted from their natural way of living,” Hill said.

Jeffries is optimistic about OBSN's future. Both Hill and Jeffries feel a change in the climate of Native American acceptance.

“In today’s climate, people are so much more aware, and they’re so much [more] open to being able to elevate it and to uncover things that have been covered up,” Hill said.

“The OBSN’s future is very bright, and we are on the right path to becoming great,” Jeffries said. “The OBSN has grown and developed in a lot of ways. This is a path that we will continue to travel.”

Sharice Davids (D-WI) of the Ho-Chunk Nation tribe and Deb Haaland (D-NM) of the Laguna Pueblo tribe were the first Native American women elected into Congress during the 2018 midterm elections. Jeffries is excited to see the representation of both women and Native Americans in the federal government.