Men's basketball gets back to winning ways against Central Penn 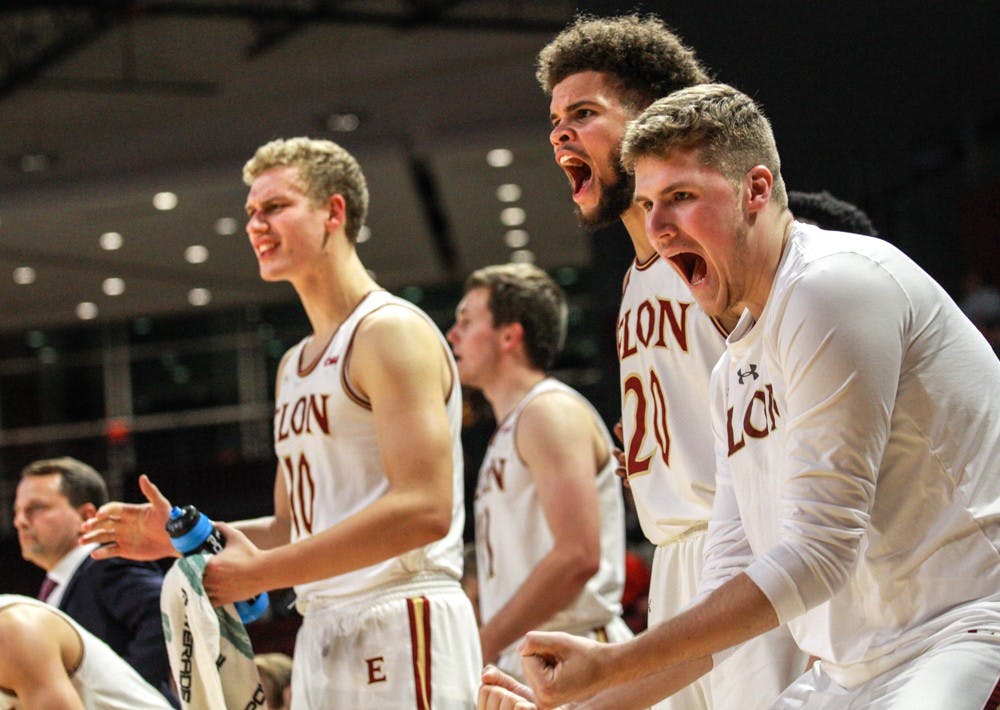 After losing three consecutive games in California, Elon men’s basketball (3-4) returned to the familiar hardwood of Schar Center and took down Central Penn College on Tuesday night, beating the Knights 92-59.

Elon has a history of beating up on Central Penn. Two of the team’s largest point totals have come against the Knights. In consecutive years, Elon put up the most points (126 in 2013) and the third most points (117 in 2014) in their program history.

“We wanted to come in tonight really focused, strong on defense and executing on our offensive sets,” said senior guard Steven Santa Ana. “Coming back, being home sleeping in our own beds, being back to our routine: that’s a big thing for us, just feeling comfortable again and we played relaxed tonight, that was our biggest thing.”

Sophomore guard Nathan Priddy got the nod for his first career start tonight in place of the missing senior guard Dainan Swoope, who was sidelined. The Texas native finished the night with 11 points and three rebounds. This was Priddy’s second game in a row with major minutes played for the Phoenix. He was on the floor for about half an hour against Central Penn and previously against Pacific.

“I think I can help a lot so I just try and talk as much as I can and push the ball as much as I can and hopefully help them get their shots because they all can score very well so getting them the ball where they need it is a big goal of mine,” Priddy said. “They’ve been doing it for four years and I’m just getting into it so I’m just trying to fit in well.”

Santa Ana also paced the Phoenix as he lead the way in the first half with 15 points, and ended with 18 total along with a career-high 12 rebounds.

“Coach has challenged me a lot this year to be a rebounding guard. Before each game I ask coach [Jack] Wooten, ‘How many you want today?’ He said eight today so I went out and got the 12,” Santa Ana said. “The bigs do all the work, I just get in there and watch where the ball is going.”

Swoope missed his second consecutive game with a nagging ankle injury, putting Priddy into his first career start. Though there is a long way to go in replacing him, that reality may rear its head sooner than expected.

“His ankle just is not getting any better. There’s going to be some pretty intense conversations in the near future about what’s the plan,” said head coach Matt Matheny. “He didn’t tweak it again, he didn’t roll it but he’s struggling to go back-to-back days, back-to-back practices and we did three games in three days so … I’m concerned about him.”

Elon will play the second game of their five-game home stand when they host Boston University (3-4) on Saturday at 2 p.m.