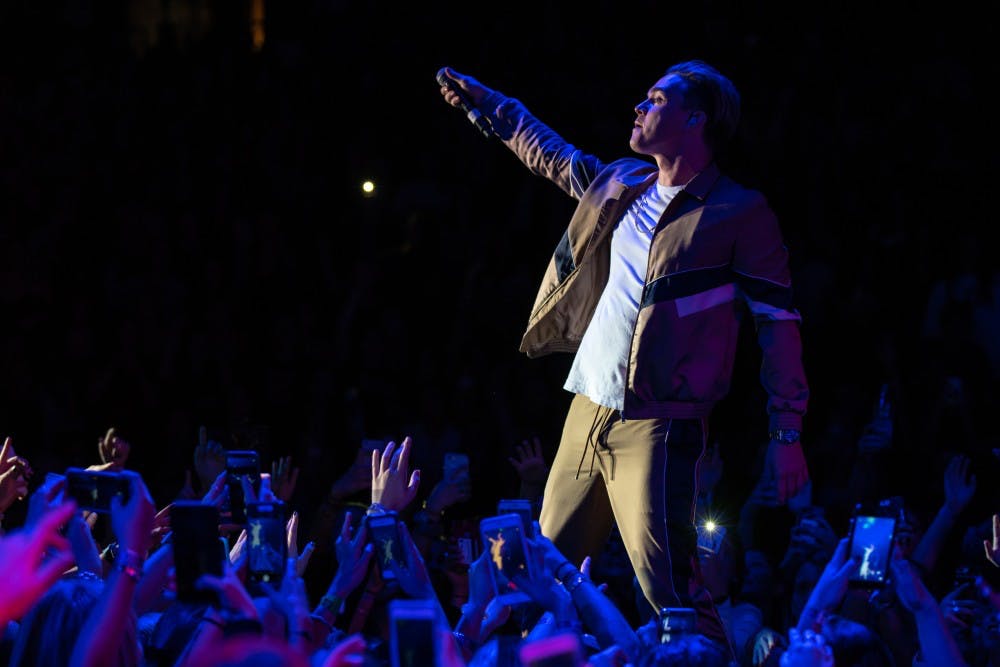 Jesse McCartney, Sean Kingston and Quinn XCII performed at Schar Center for the Homecoming 2018 concert hosted by the Student Union Board.

Colton Cadarette, concerts director of SUB said that the event had a great turn out and the acts enjoyed being at Elon University.

Security on standby was called during Kingston's performance of the song "Fire Burning." Kingston surprised the crowd and jumped onto the floor. As he sang the lyrics, "Somebody call 911! Shawty fire burning on the dance floor," guests were jumping the rails of the lower bowl into the floor.

Cadarette said SUB is still learning how to manage an event in the new facility.

“There has never been an event similar there,” Cadarette said. “When Sean went down into the crowd, we didn’t know that was going to happen. We would have staffed differently.”

After Sean Kingston's performance, McCartney came on stage. Tailing his second song, he stopped the crowd and said, "I just have to tell you this, I mention again the barricades ... I am going to pull the plug and I don't want to have to do that. So let's just have a great night and be respectful."

Though SUB said it oversold the center, the floor was not entirely full. Cadarette said next year’s concert can oversell “a little more.”

Quinn XCII began the night with hits like "Straight Jacket" and "Another Day in Paradise." Kingston appeared in an Elon jersey with his name on the back of it like last year's Homecoming performer, Jon Bellion.

Kingston got the crowd moving with his classic "Beautiful Girls" and his cover of Iyaz's song "Replay." McCartney sang his hit from 2004, "Beautiful Soul."