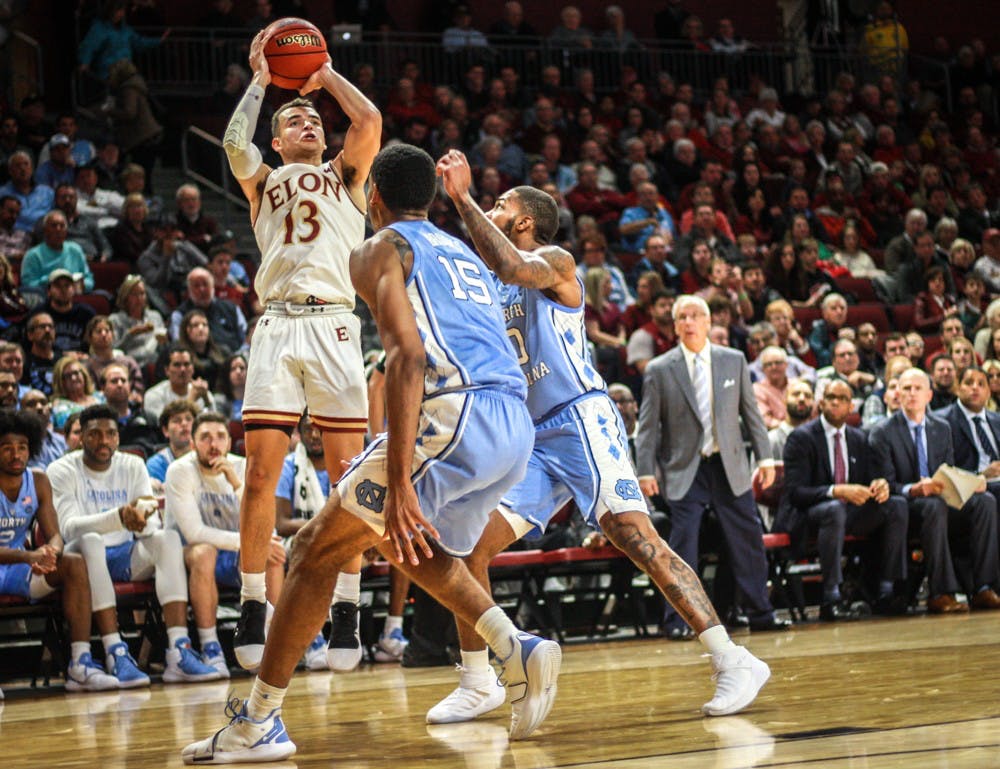 Elon University's men's basketball team is officially settled into their new space. The Phoenix finds itself down 63-45 at the break. University of North Carolina at Chapel Hill graduate-year guard Cameron Johnson leads all scorers with 16 in the half. Senior guard Sheldon Eberhardt leads the Phoenix with 11 points.

Early on, the Phoenix was not deterred at all by the big stage, leading 10-9 at the first media timeout. Elon was getting rebounded badly but made the most of their possessions, getting good looks and converting, shooting 4-5 on their first attempts of the game.

That said, careless turnovers hurt. Lost possession on back-to-back times up the court by senior guard Steven Santa Ana and multiple travel calls were of no help to the Phoenix. Couple that with a huge rebound margin, and the Phoenix saw its lead evaporate. The sheer length of the Tar Heels gave them a 26-10 advantage made this uphill battle all the harder for the Phoenix.

But Elon refused to go away over the first period of play. Using some key stops and big baskets by Santa Ana, Elon hung with the top-10 team. With seven and a half minutes to play in the half, Elon found themselves in a dog-fight. They were not ready to roll over. Even when the more athletic Tar Heels wanted to try and pull away with the game, Elon came back with quick ball movement and open looks to stay within striking distance.

But using a 7-0 run in just a minute and a half, UNC opened up a 13-point lead with six minutes to play until the break. Try as they might, Elon fell further and further behind, leading to a Tar Heels lead at the break.