Elon football sits at No. 5 in mid-season poll 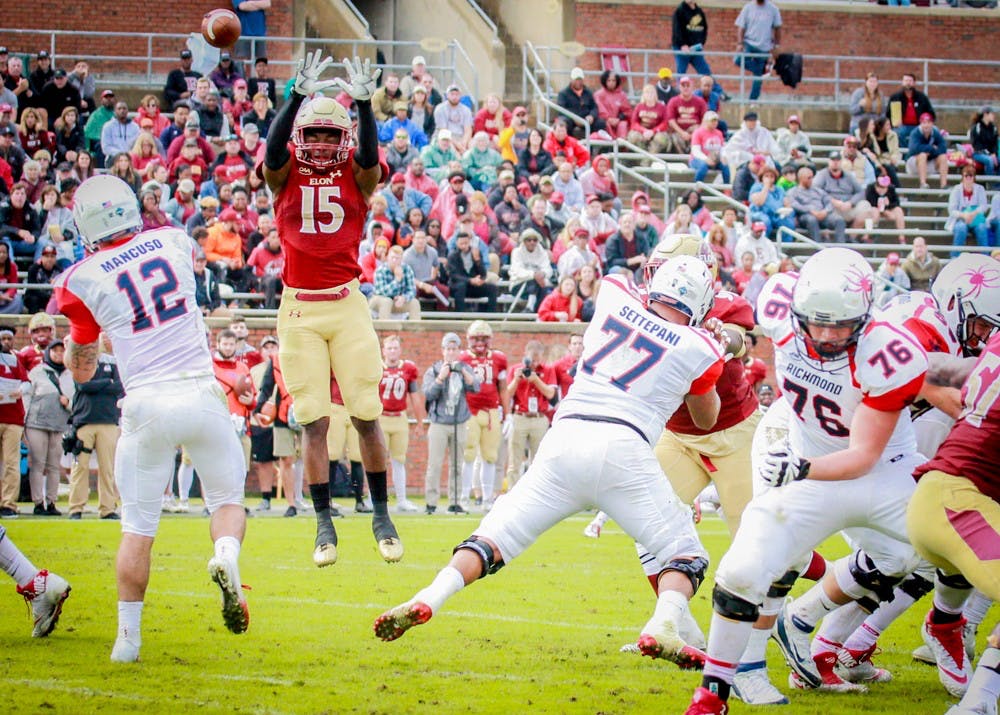 Elon University’s football team clocked in at No. 5 (5-2, 3-1) in the first and only top-10 ranking the NCAA Division I Football Championship Committee will release until the final playoff bracket becomes available at the end of the season.

Elon had this past week off, preparing for the final stretch of the season. Elon will play the University of Rhode Island (5-3, 3-2) at home this weekend for Homecoming, before welcoming in Towson University, who is No. 15 in the FCS Coaches Poll.