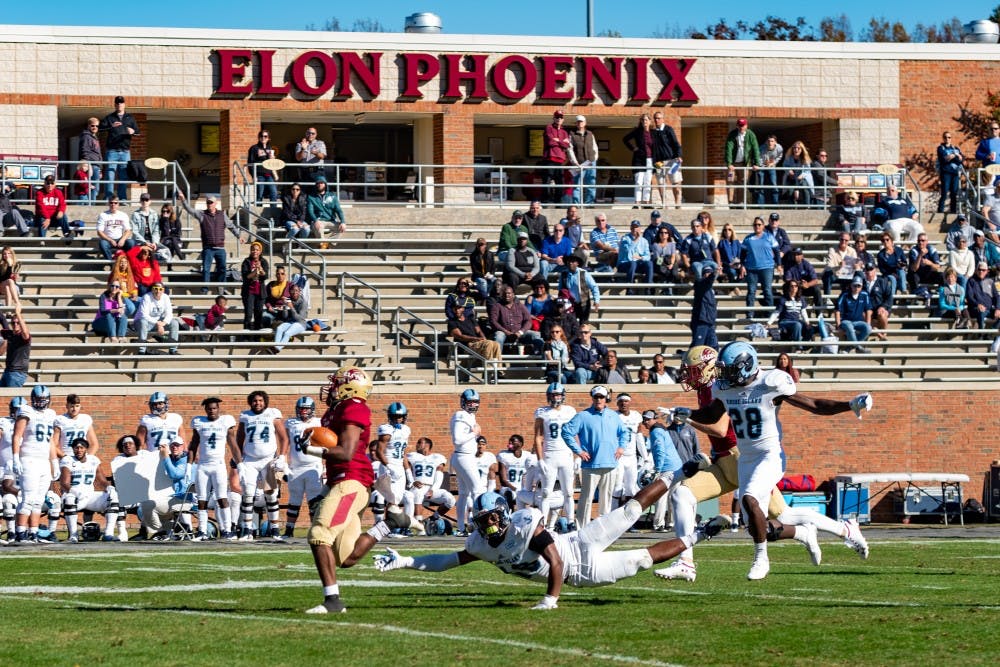 Elon got quite the performance from both sides of the ball to get a second win in a row. The Phoenix threw the ball just eight times on Saturday and utilized the run throughout the game. Elon racked up 319 yards on the ground on the back of freshman running back, Jaylan Thomas. Thomas chewed up 222 yards and punched in a touchdown for the Phoenix. For his efforts Thomas was named Colonial Athletic Association (CAA) Offensive Player of the Week.

Thomas was not the only award winner on the Phoenix this weekend either. Senior linebacker Warren Messer was named the CAA Defensive Player of the Week, and STATS FCS National Defensive Player of the Week. Messer tore up the Rams, recording 14 tackles, seven of which were solo, two and a half tackles for loss and two sacks. This all was complemented by Messer’s first career touchdown, when he returned a tipped pass 86-yards all the way for an Elon touchdown.

The Phoenix plays its last home game of the year this Saturday, Nov. 10 at noon before taking the road and traveling all the way north to Maine to finish their season.