Elon University Football jumps to No. 5 in the nation 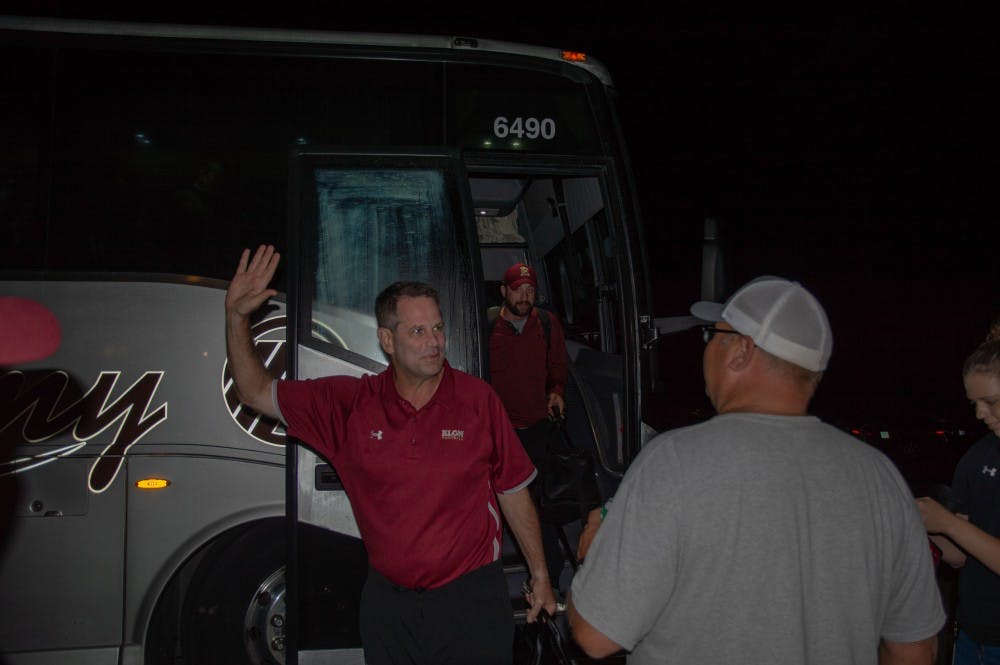 Elon University football has moved up to No. 5 in the nation in the STATS Football Championship Subdivision Top 25 poll and No. 6 in the FCS Coaches poll. This is the highest Elon has been ranked in the country since they were ranked at No. 6 in the nation for three straight weeks in 2009.

Elon jumped in the ranks after defeating the then-No. 2 team in the FCS rankings James Madison University, 27-24 on Saturday in Harrisonburg. The win for the Phoenix marked the first time in history the team has beaten the Dukes, dating all the way back to 1998. Elon has played the defending Colonial Athletic Association (CAA) champions for a fifth straight year, all of which featured a ranked JMU team. JMU fell to a tie for sixth place in both polls.

Elon will play its first game as a Top-5 team since 2008 on Saturday, when they travel to Newark, Delaware, to play the University of Delaware Blue Hens. Elon clocked in at No. 3 twice in the 2008 season, before falling to then No. 4 ranked Wofford University.