With the current strategic plan over 95 percent complete, Elon looks ahead for 2030. 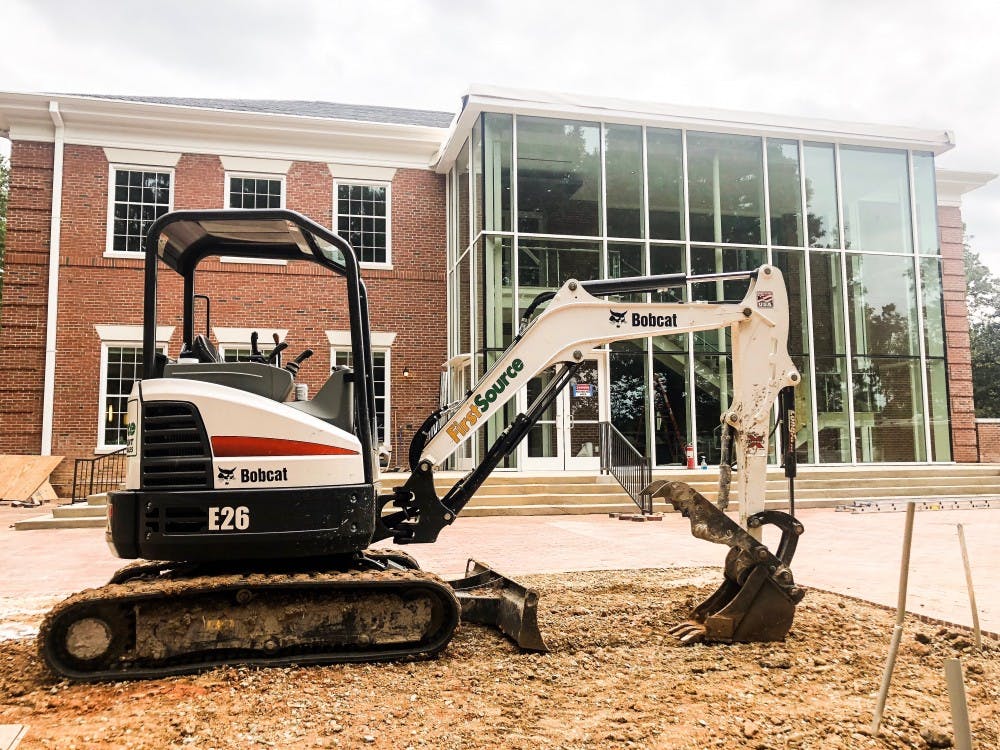 The administrators of Elon University are preparing to write the 2030 Strategic Plan, which will direct the school’s actions in the upcoming decade.

The plan’s creation is four-phase plan. Its initial stage, invitation to participate, has just begun. This stage will be followed by drafting, fine tuning and lastly, implementation in 2020.

Chief of Staff Jeff Stein, who is also the co-chair of the Strategic Planning Committee, said he hopes to collect as much input from the community as possible during the first phase.

Currently, there are 46 members on the Strategic Planning Committee, including students, alumni, professors, trustees, chair of the Board of Trustees, President Book and faculty and staff.

“It’s extremely important that we get ideas from everybody,” Stein said. “Elon’s strength in strategic planning has been including the entire community.”

The first stage will include presentations and listening sessions at various organizations and around campus to collect community feedback, and an additional survey will also be sent out early November.

“When I say different groups, that’s student organizations, that’s faculty meetings, that’s staff council — these are just some examples — that’s different departments that would be willing to invite us in,” Stein said. “We would try to go as broadly as possible and [to] anybody who would allow us so we could get as much feedback as possible.”

Stein said he believes having a plan allows the university to progress and look further into the future.

“The strategic plan is really a document that outlines where we want to go and what our big goals are for the future,” Stein said. “Elon has been prolific in terms of creating strategic plans so that as much as we are focused in the moment on the university and every day, we always want to be thinking at least 10 years down the line.”

The surveys and presentations around campus will gather initial feedback that will be used by the committee to help develop themes for the 2030 strategic plan. The plan will then be drafted in the generative phase starting in spring 2019.

“If we’re thinking about how we are preparing students in 2030, we definitely need to know what they are going to be facing in 2050,” Stein said. “Any strategic plan is trying to consider needs 10 years out and what are going to be the needs and issues and context past that.”

“You get to create a whole new university in response to all these challenges,” House said. “The tough part is you can’t do everything; you have to prioritize.”

House said he anticipates many of the ideas incorporated into the upcoming Strategic Plan will come from listening sessions and conversation.

“Already, the president has chatted with more than 2,000 individuals since she arrived on March 1,” House said. “That allowed them to do the first run-through of what might be things that we would focus on, and now she’s going to be listening and listening.”

According to the university, the current strategic plan, The Elon Commitment, is 95.8 percent complete. House aims to get as close to 100 percent as possible before the new plan begins in 2020.

Though he said he knows certain goals will not be completed, such as having a top-100 law school or a Rhodes Scholar recipient, many landmark achievements occurred during the course of the Elon Commitment.

Some of these accomplishments include increasing staff diversity from 12.5 percent to 17.7 percent, becoming a top-50 business school according to Bloomberg Businessweek, expanding the Odyssey Scholars program, building Sankey Hall and creating the Student Professional Development Center.

“I’m a scientist, so I love to dream and create things. One of the things as a scientist, [not] everything you create [will] work,” House said. “In truth, there is no old or new Elon. Each year, there’s a new set of challenges, and the univaersity – in the spirit of its namesake, the phoenix – reinvents itself in response to those challenges.”

Like Stein, House said he believes some of the challenges during the planning process result from the need to think into the future.

House said he believes that Elon is able to continue being a dynamic institution by constantly asking the community for ways to improve and aiming for specific goals.

“We are a very, very fine institution that is always striving to be better,” House said. “And that’s what the next plan will be.”

Experts in specific areas such as finance and technology are also expected to be brought onto the team once the themes are finalized.

“One of the reasons this committee is so large is that you want people from every background and every part of the university,” Stein said. “But also in most processes, you will bring in experts. We haven’t decided who those will be, but you bring in folks who are thinking about the future.”

Myrta Santana, sophomore and Odyssey Scholar, is one of five student representatives who were chosen to be on the Strategic Planning Committee.

“I was asked by my program director if the dean could put my name on the list of recommended students,” Santana said. “During Hurricane Florence, I got a call from President Book saying I was selected.”

Santana said she believes the Strategic Plan is very important to Elon and hopes to build on more of what was seen in the last plan.

“Everyone who’s on it plays their own part,” Santana said. “Giving the students freedom to attend the events is amazing.”

While Santana said she hopes things such as diversity inclusion, scholarships, and programs similar to the Odyssey Scholars program continue to improve, she thinks the plan is valuable for students and benefits from student input.

“Students should know that even though there is an official committee, their voice matters and that the events occurring for the next year is their way of voicing their concerns,” Santana said.