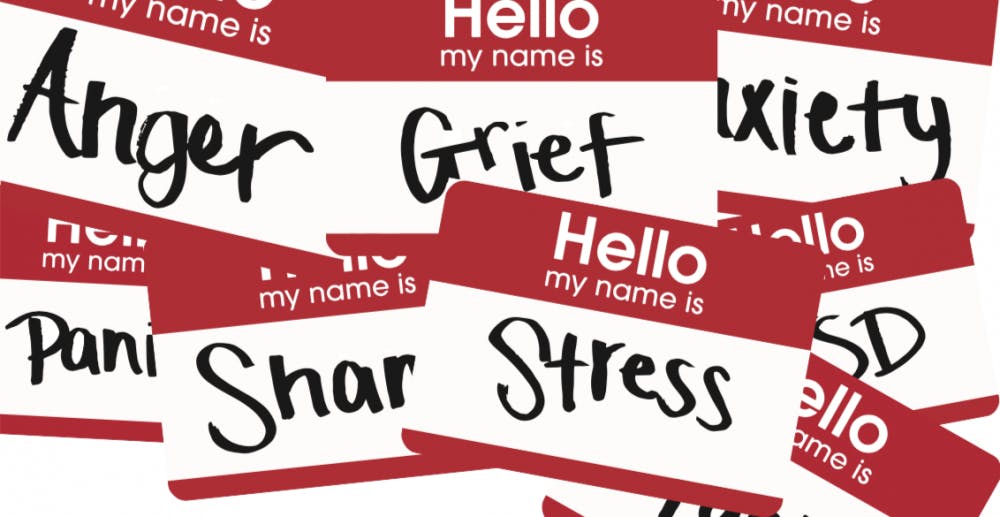 More awareness about the work Elon is doing regarding mental health is needed, student say. [Graphic by Meghan Kimberling]

Junior Chloe Hultman’s fight with mental health began at a young age with depression, followed by a battle with anxiety in high school and college.

“My own personal ties [to mental illness], as well as seeing my friends in high school who had depression and anxiety, just made me realize how important it was and how much it’s not really talked about,” Hultman said.

Hultman’s experiences align with troubling mental health factors for college-age adults. In 2016, a National Institute of Health (NIH) study found people aged 18-23 had the highest prevalence of serious mental health issues compared to other age groups. While the scope of those conditions is broad, anxiety and depression are the most frequent on colleges campuses. Elon isn’t an exception. Hultman says everyone at Elon struggles with mental health, whether they want to acknowledge it or not.

Turning her pain into inspiration, she decided to become an advocate for something she calls “the elephant in the room.”

Since 2015, four Elon students have died by suicide, shaking the community to its core, with two deaths occurring two months apart in 2017.

“I feel like on Elon’s campus especially, everyone wants to do so much and be perfect and be in three clubs and be the president of one of them,” Hultman said. “With Elon, there’s this need to be perfect, and in society, it’s seen as a weakness if you claim you might have mental health struggles.”

Her sentiment is shared by sophomore Brae Robson, who finished high school in a treatment center because of his struggles with anxiety and an eating disorder.

After coming to Elon, Robson found Students Promoting Awareness, Responsibility, Knowledge and Success (SPARKS) as an outlet to talk about his experiences, something he says is unorthodox.

“People want to be seen as the best versions of themselves, and they feel as if they are struggling; it makes them seem less good than they are,” Robson said. “It’s taboo and super unfortunate.”

According to the NIH, suicide remains the second leading cause of death among individuals between ages 10 and 34, and each year, nearly 45,000 individuals take their own lives. This unsettling statistic prompted both Robson and Hultman to go through Question, Persuade and Refer (QPR), an online training course on suicide prevention.

Hultman completed the training as a requirement for serving as facilitator for Engage, a summer experience for incoming freshmen to help aid their transition into college. While helping lead the program, she worked with a student who was suicidal.

“It was one of the scariest experiences in my life,” Hultman said. “There’s no easy way to go about it even though I was QPR-trained.”

While Hultman says she believes QPR helped her address the student’s concerns appropriately, she says the program is not widely known on campus.

“We do AlcoholEDU before college, but we don’t do any mental health training. QPR is offered, but it’s not publicized,” Hultman said. “I tell people about it, and they don’t know what that is.”

The training, which launched in March 2017, is required by some student organizations, but Hultman says the number of trained students and faculty and mental health advocates needs to be higher.

“Elon needs to work as a whole at accepting more vulnerability and needing to talk about these things,” Hultman said. “You can end up saving a life by doing it.”

For Robson, resources like QPR are a step in the right direction, but he says the focus must be even greater.

Through website redesign, promotions and partnerships with organizations like SPARKS, Jana Lynn Patterson, dean of students, says she believes there will be more awareness of the efforts implemented this year. For the first time in 21 years, the counseling staff attended a Student Government Association meeting on Aug. 30 to discuss their purpose in the Elon community.

Nationwide, a need for more counselors on college campuses is urgent. A 2015 Center for Collegiate Health study found the number of students utilizing college counseling services increased by 30 percent since 2009.

“We really want to make sure students, especially those students that are in crisis, can initially see someone to assess what the next steps are and then get them in to see a clinician quicker,” Patterson said.

The university has also begun a partnership with the Jed Foundation (JED), an initiative designed to assess and enhance the mental health programs and policies at colleges and universities nationwide. Patterson said she believes the foundation, which currently assesses over 195 colleges and universities in a four-year process, will help develop new and current resources catered toward mental health and wellness.

“These are permanent changes,” Patterson said. “I think what we hope to see is that students will have greater conversations about the integration of their physical and their mental health and that they will learn that there are many strategies available to them.”

Jon Dooley, vice president for student life, sent an email to students on Aug. 23 explaining the former and new initiatives the campus is taking with student wellness and well-being. He encouraged students to maintain a strong sense of belonging, stay engaged and do things that provide purpose to their lives.

Though Patterson believes the school is doing well in promoting these efforts, both Robson and Hultman think otherwise. When asked about their response to these new programs, both said they were not aware of the changes.

“I don’t think it’s publicized enough,” Hultman said. “I wish that they were really putting it more in the news.”

With these new initiatives, Hultman and Robson say the best way to promote awareness is to become an advocate, while being intentional about focusing on one’s own well-being. Robson also emphasized the importance of self-care, even amidst a hectic schedule.

In his spare time, Robson says he listens to music, spends time with friends and enjoys the outdoors.

Hultman’s self-care routines include exercising frequently and limiting screen time before bed by reading books and her Bible.

“It just calms me down,” Hultman said. “I found that just working up until all hours of the night would just perpetuate my anxiety and make me sleep less.”

On speaking about Elon students’ busy schedules, Patterson says they can be a double-edged sword.

“Our student culture is extremely vibrant, and they’re motivated, and they’re innovative and they’re entrepreneurial, and you add all that up; that can also mean they’re exhausted and stressed out. So we really want to be consistent with our message,” Patterson said.

In order to change the campus mentality, Hultman says students and faculty need to talk about the very thing students don’t want to discuss.

“You can’t talk about it once and then expect it to be good from there on out,” Hultman said. “You have to continue the discussion and never really stop talking about it.”