‘When did you consider yourself an American?’ 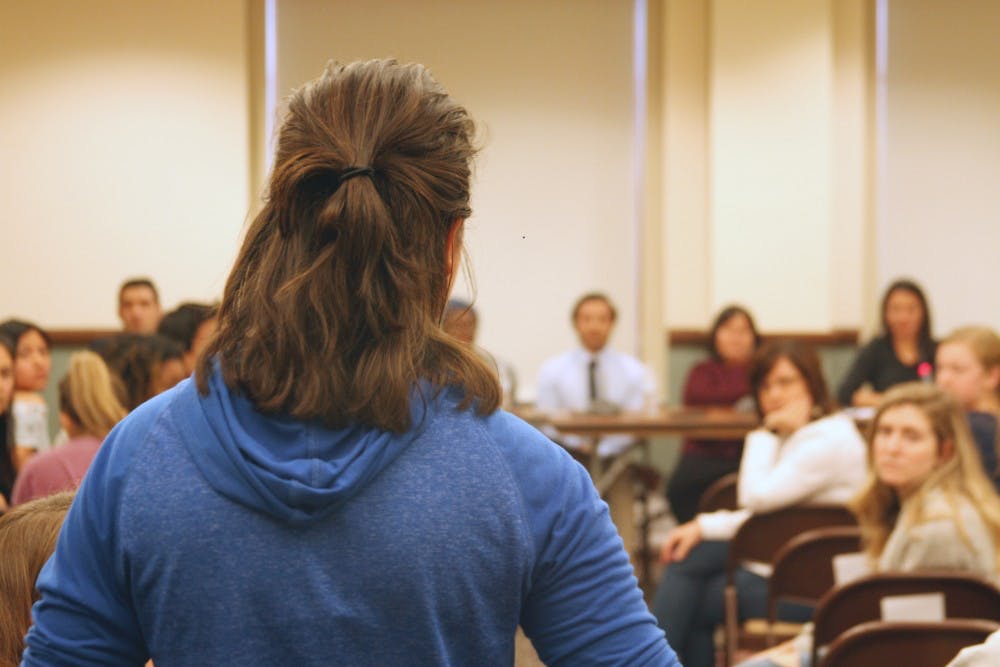 Elon junior Ozelle Bower poses the question "When did you consider yourself an American?" to the five immigrant Elon community members that made up the Immigrant realities panel on March 28.

They were naturalized citizens, green card holders and international students — all of whom are immigrants.

On March 28, Immigrant Realities hosted a panel where five Elon University members — students, professors and alumni, discussed their experiences immigrating to the US.

The event began with each panelist discussing their personal backstory and what their transition to US culture was like.

Senior Surya Shahi who grew up in a district with no roads, transportation or electricity reflected on the journey that took him from the mountains of Nepal to the green lawns of Elon.

“One of the reasons I’ve always wanted to come to the US to study is because I had a friend … who described America as a place where everything was possible. People had enough to eat, people had clothes to wear and I heard that at a time where I had none of that,” Shahi said. “I got really lucky and I found people that were willing to support my education and that is how I made it here.”

Shahi hopes to take the opportunity he has had at Elon to help make change in the world and especially in his home country of Nepal. A goal that many of the panelists shared.

Senior Jordy Baende was born and raised in Belgium by Congolese parents and had a very “cozy life.” But at the age of 10, Baende visited Congo and his perception of the world was changed.

“As a black man who grew up around a lot of white people, and I love white people, but when I went to a place where everyone looked like me and I was like why are there so many disparities and how come there is such a big gap between me … and the people on the street who I saw chasing a goat, for dinner," Baende said. "They were literally chasing their dinner. ”

After returning to Belgium from Congo, Baende began to take small steps to get out of his comfort zone such as volunteering and being more kind to not only improve the disparity between peoples but also to make the world a little kinder. 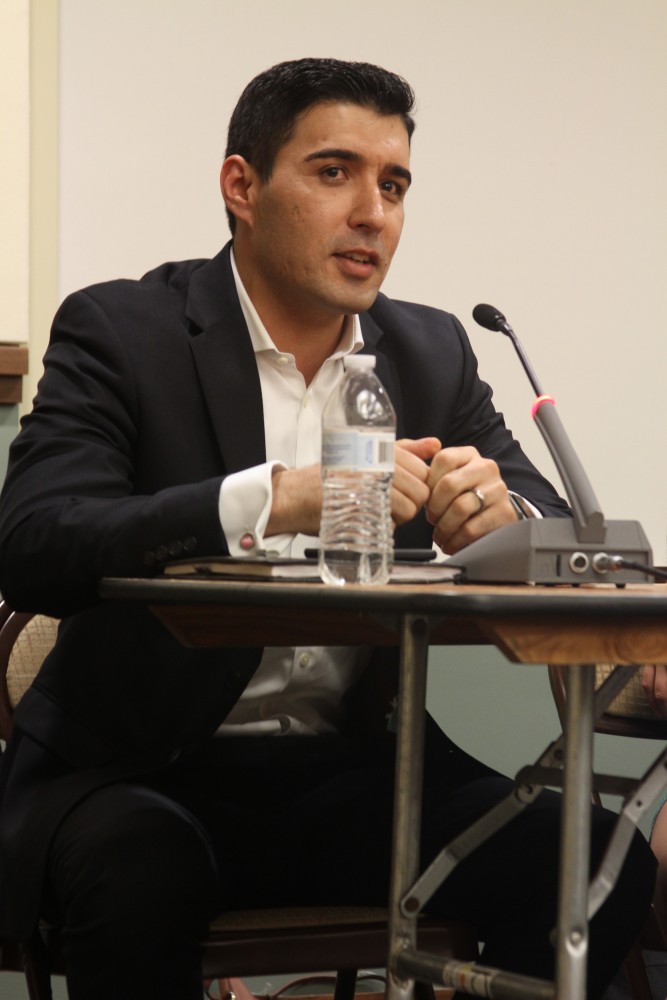 This disparity between people is something that Citlaly More, ’15, faced first hand as a immigrant from Mexico. During the panel she discussed her journey to the US that began when she was a child and an illegal immigrant.

As an illegal immigrant in the US, More was unable to take government loans to pay for her education which left her family with no choice but to take several “small loans with huge interests” from individuals that her father worked with.

Those loans weren’t enough. During her first semester at Elon, More also had to juggle four jobs on top of her schoolwork. But that all changed when during her second semester More was able to earn a full scholarship to Elon which allowed her to fully enjoy Elon and her education. This struggle to afford education without proper loans is not one that More will face again.

Vanessa Bravo, assistant professor of communications, had a smoother process as a immigrant from Costa Rica.

“My process was absolutely perfect, smooth from beginning to end. No challenges, no problems, no delays and it only took me eight years to become  a US citizen,” Bravo said. “It is not a short process, it is not an easy process and even if it goes perfectly well, it takes many many years.”

The long wait for legal documentation to reside in the US was also experienced by Toor Fazly, ’14, who spent the majority of his childhood in Kabul, Afghanistan.

Through working with the presidential administration in Afghanistan, Fazly discovered his interest in the English language and set his goal to pursue higher education abroad. Through his work, Fazly met the then-senator of North Carolina, Kay Hagan, when she visited Afghanistan — whom he asked which university would be best for him.

“Long story short, she was a close personal friend of Leo Lambert, and she introduced me to Elon,” Fazly said. “I went back and forth from here to Afghanistan every summer, but the year I graduated, the political climate in Afghanistan made it unsafe for me to go back to my country and my family.”

This process is what Fazly hopes the new generation of Elon students and students around the country will change.

“I have friends like the ones on the panel today that tell me their experiences and none of them are pleasant,” Fazly said. “I am praying that maybe a young generation like you guys will step in and change the process because the current immigration process is really painful."