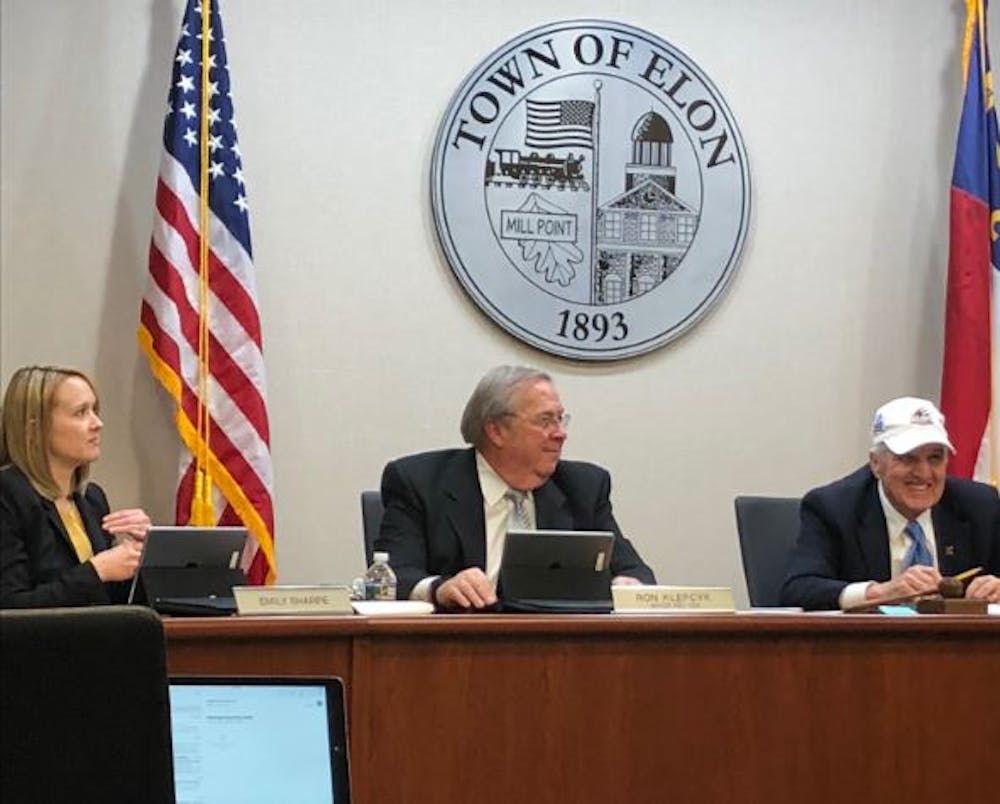 The Town of Elon Board of Aldermen discussed Monday night at its agenda-session meeting a plan to improve the safety of the town with the installation of a 6-foot fence from North Williamson Avenue to Church Street. The board also heard about the creation of a pop-up park on Holt Avenue, which will provide a green space for townspeople to take breaks from work.

Downtown Development Administrator Kathleen Patterson presented the plan for the new fence. She said the North Carolina Department of Transportation Rail Division asked the town to replace the current 4-foot fence with a new 6-foot fence to prevent individuals from crossing the train tracks and risking their lives.

“The fence itself is a safety measure because they have been trespassing, where the students and the people in town cross wherever they can on the railroad versus crossing at the crosswalk,” Patterson said. “The 6-foot fence is meant to deter that.”

“Students out late, and after a few drinks, might not hear the train coming, or they might try to run from the train and fall, so this will prevent people from being on the track,” Sharpe said.

Alderman John Peterson said despite the presence of bushes and sharp objects around the fence, students still manage to cross the tracks. He said if they are inclined to jump the fence now, they will continue to climb the new fence.

“They really have to put extra effort in to take that shortcut,” Peterson said. “Will the other 2 feet really stop them from jumping the fence?”

Patterson said the Rail Division has agreed to split the cost with the town to install the $28,000 galvanized fence. Voting on the fence will take place next Tuesday, and if the plan passes, the construction of the fence will start the week after.

The construction of the parking development will begin in April.

Patterson also presented the establishment of a temporary pop-up park on the town lot between Lighthouse Tavern & Deli and Dr. William Crouch’s property. She said fences and weeds previously made the green space inaccessible to townspeople, so the town decided to revamp the area’s practicality and appearance.

“The idea with the pop-up park was to provide a place for them to go at lunchtime or at their break,” Patterson said. “They could get out of their offices and have a little bit of a green space they could go and sit in.”

Patterson displayed a picture as an example of a pop-up park to illustrate the space. She said the town will add benches, trashcans and a sign that indicates the park will open from dusk until dawn.