Phoenix moves to 2-5 on the season 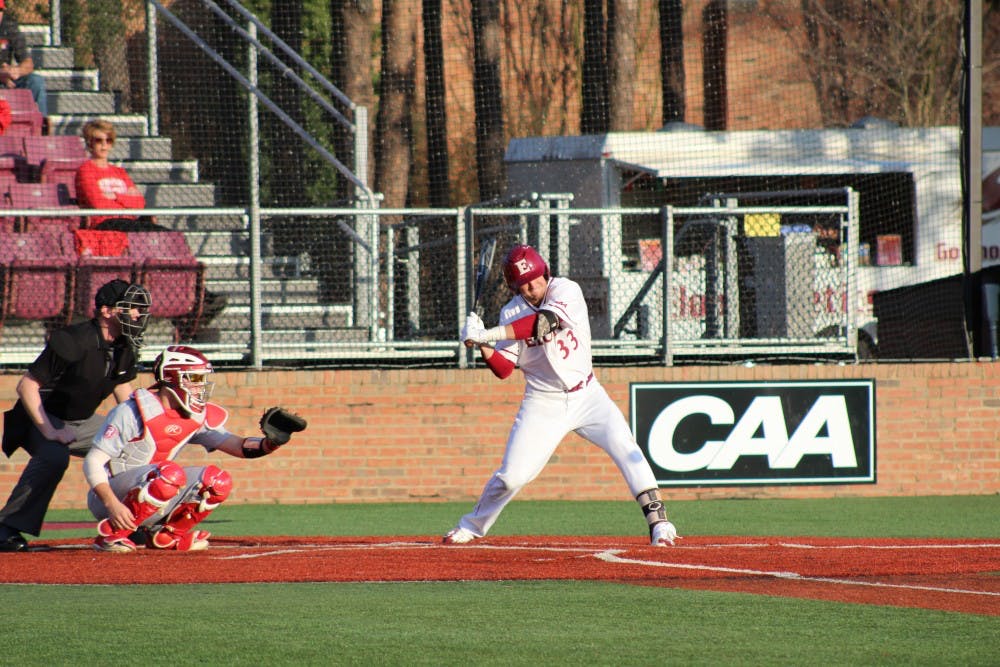 The Elon University baseball team (2-5) won its second game of the season against the Marshall University Herd 3-2 Saturday afternoon at Latham Park.

The game was filled with strong defense as the Phoenix put up zero errors and one double play. Junior starting pitcher Kyle Brnovich earned the win, giving up only one run after pitching 7.2 innings.

“There were a lot of good things going on behind me” Brnovich said. “It made it a lot easier to be efficient.”

The bottom of the second inning saw the first run of the game, as an RBI from junior Liam O’Regan brought senior catcher James Venuto in from first, allowing Elon to take the 1-0 lead. Venuto’s two-run shot in the bottom of the sixth proved to be the difference, giving Elon the one-run advantage that it would end the game with.

Marshall tried to come from behind, posting runs in the top of the seventh and ninth innings, but just weren’t able to catch up.

“It’s never fun to pitch when you’re either tied or behind, so it gave a comfort level out there and made it a lot of fun” said Brnovich.

“It felt great,” Ventuo said about the win. “We got off to a little bit of a slow start to the season so it’s nice to have that win under the belt.”

Evening the series against the Herd at one game apiece, the Phoenix says they are ready to finish the weekend atop the Herd.

“I think it’s two good teams,” head coach Mike Kennedy said about the matchup. “I think they’re very good offensively so we’re going to have to match up and swing the bat.”

The Phoenix will face off against Marshall one more time at 1 p.m. tomorrow, Feb. 25, at Latham park.