'There is a huge hole in my heart:' Elon community mourns Breslin Wiley

Wiley, a 21-year old Elon junior who died Saturday, was an engineering physics major and played on the Club Baseball team 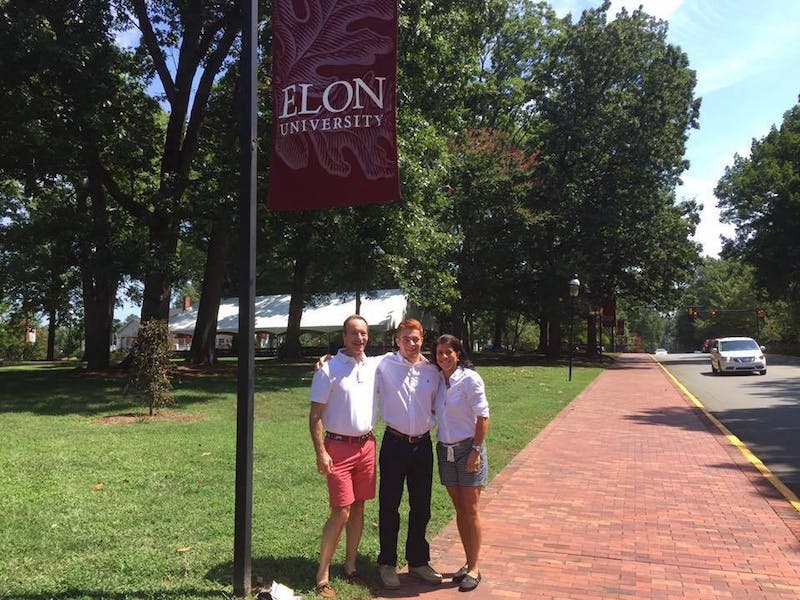 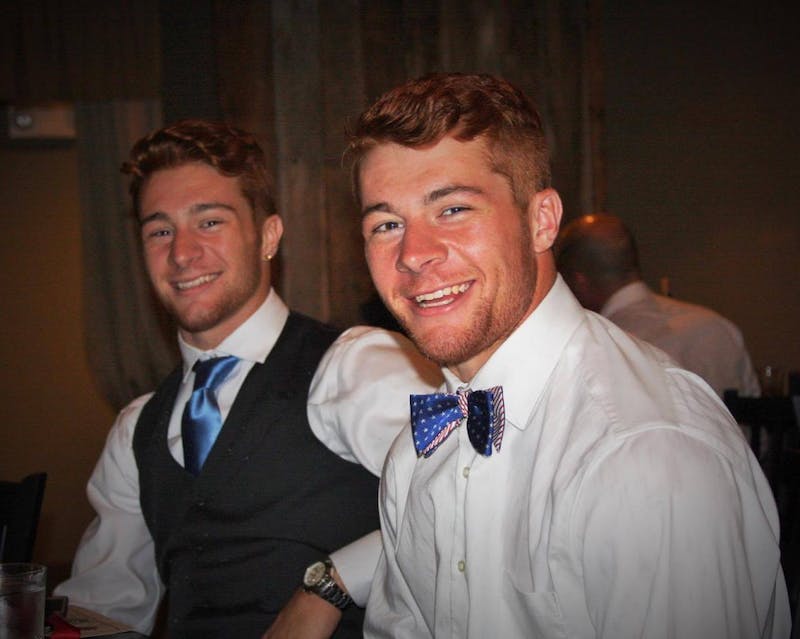 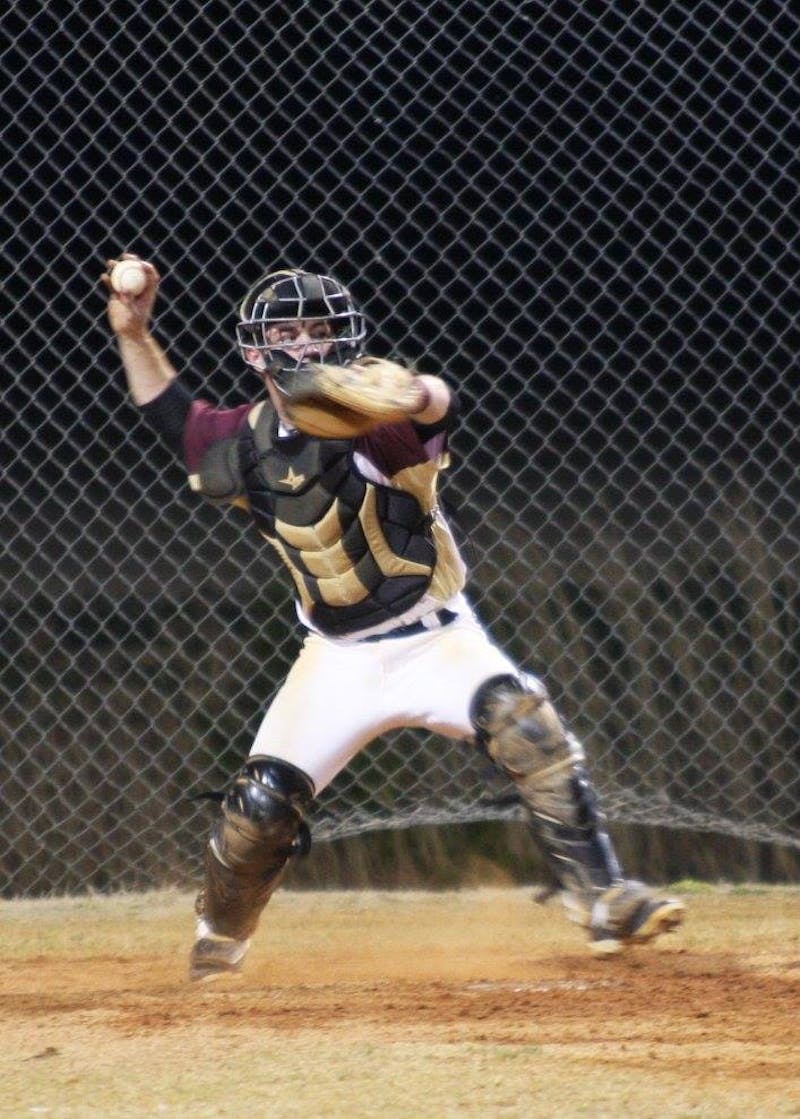 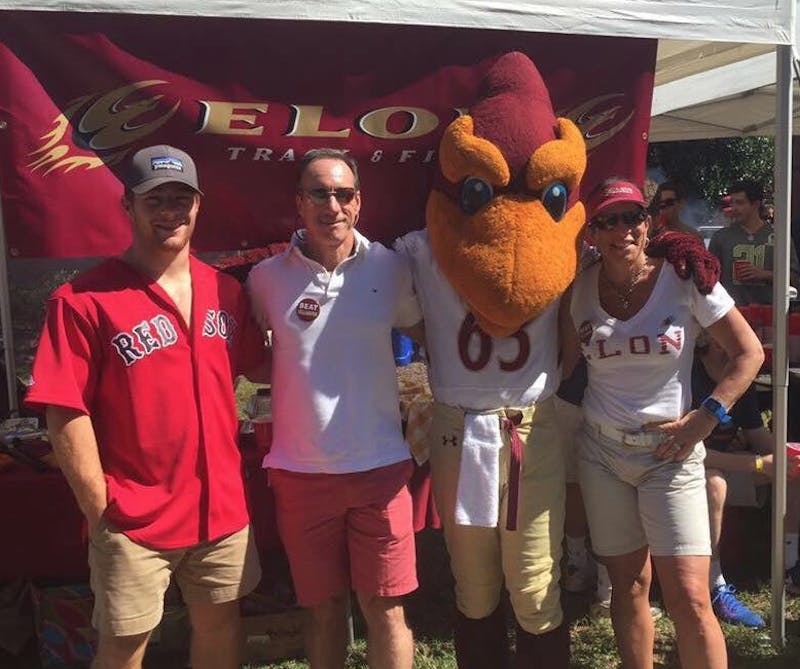 Wiley, a 21-year old Elon junior who died Saturday, was an engineering physics major and played on the Club Baseball team. Photos courtesy of the Wiley family.

They all knew why they were there. But that didn't make the task any easier.

And she said that was okay.

"We're here to be together in our loss," Fuller said. "We need to support each other in this moment."

The Elon community gathered in Numen Lumen Pavilion Sunday night to mourn the death of Breslin Wiley, the 21-year-old junior who died unexpectedly Saturday. Every seat in the Sacred Space was filled. People had to line the walls and doorways to make room.

Town of Elon Police were called to Wiley's home at 216 E. Foster Drive, shortly after noon Saturday, where he was found. According to the Town of Elon Police Department, Wiley's death was "unexpected." It is being investigated as an "incident of self harm." He leaves behind his parents, Mike and Georgia, and his twin brother, Kalen and his sister, Alexa.

But his friends and family didn't focus on that. Instead, they celebrated his life.

They chuckled at his music tastes, the way he blasted the rapper Gucci Mane's songs through a portable speaker. They laughed at his antics when he woke up a neighbor in his Danieley pod last year to make him go party.

And they remembered how he spent his last night alive at the Epsilon Delta chapter of Delta Delta Delta Sorority's formal, where he jokingly combed a girl's hair with a fork. One student said she held his phone for a period of the night. Seeing the notifications on his phone was a reminder to her of how many people wanted to be a part of his life.

But the majority of the evening was silent. At times, the only audible noises were the sniffles of those who loved him and the sirens of a fire truck outside. Tissue boxes were scattered throughout the room, most empty by the end.

Wiley was a catcher for Elon's Club Baseball team. His teammates were some of the most emotional.

[Wiley] was an unbelievable kid who we really loved," said former Club Baseball teammate, Alex Day '16 on Saturday. "He always had his friends’ back on and off the field and was one of our closest friends."

Wiley majored in engineering physics. Junior Bridgette Harrell met Wiley last year, and connected again the first day of class this year. On that day, Harrell ran into Wiley while she walked to McMichael, and he offered to help her with her physics course homework.

On Saturday, Harrell heard of his death when she saw two of her coworkers read the email Jon Dooley, vice president for student life, sent to the Elon community. She said she "lost it." One of her friends was gone.

And she can’t get him back.

"It's just a huge hole in my heart because he was a happy-go-lucky person," Harrell said. "I think I can speak for a lot of people when I say that it's a shock. I don't know what the timeline is in the recovery because it was such a traumatic event. Right now … I want to focus on the good memories."

The feeling of grief extended beyond Elon. Wiley hails from Moseley, Virginia, and friends and family there expressed their grief as well.

TJ Evans, a childhood friend of Wiley, remembered Wiley's positivity as a child.

“I grew up with Breslin ever since I was in elementary school, and he was always the one to put out a positive vibe," Evans said Saturday. "He was always a helping hand to anyone that needed it. He always had a contagious smile on his face."

According to Victoria Knobel, another friend of Wiley's from Virginia, the news of his death was completely unexpected.

"Everyone from our hometown is in complete shock at the moment," Knobel said. "Breslin was one of the most genuine, funny, caring people I know. You never saw him without a smile on his face, so hearing this news is very saddening."

Wiley’s death is the third death of an enrolled Elon student in the past two years. Demitri Allison, a former Elon football player, died Nov. 11, 2015. On Sept.10, 2016, Derek Winton died. And after each tragedy, the Elon community responded with sensitivity and grief, but they did it together. Harrell said that is one of the best things about Elon.

“We process these things together,” Harrell said. “Sometimes you don’t know about people, and that can be scary. But we all need to check up on each other. We have to do that with ourselves, too.”

While the community continues to mourn, Harrell said it is up to everyone to continue his legacy.

“He’s loved by so many people and he was so smart — smarter than he probably gave himself credit for,” Harrell said. “I hate that I didn’t get to say goodbye, but I know there will be some point where we’re all going to see him again.”