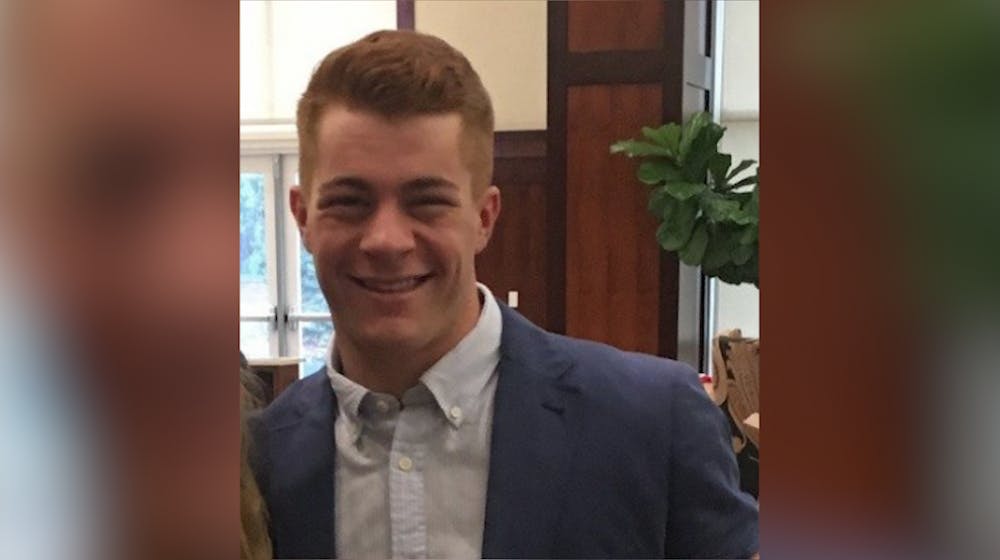 Elon University junior Breslin Thomas Wiley, 21, died Saturday morning. He was found at his off-campus home in the Town of Elon.

Originally from Moseley, Virginia, Wiley was majoring in engineering physics. He was also a catcher for Elon's Club Baseball team.

"[Wiley] was an unbelievable kid who we really loved," said former Club Baseball teammate, Alex Day '16. "He always had his friend's back on and off the field and was one of our closest friends."

TJ Evans, a childhood friend of Wiley, remembers Wiley's positivity as a kid.

"I grew up with Breslin ever since I was in elementary school and he was always the one to put out a positive vibe," Evans said. "He was always a helping hand to anyone that needed it. He always had a contagious smile on his face."

According to Victoria Knobel, another friend of Wiley's from Virginia, the news of his death was completely unexpected.

"Everyone from our hometown is in complete shock at the moment," Knobel said. "Breslin was one of the most genuine, funny, caring people I know. You never saw him without a smile on his face, so hearing this news is very saddening."

Other friends of Wiley have taken to social media following the news of his death.

"You were the best friend I could ask for," Tyler Jones said. "I'll always remember our memories."

Jon Dooley, vice president for student life released the news to the greater Elon community through an email sent on Saturday at 3:48 p.m.

Truitt Center chaplains and counsellors will be available in the Numen Lumen Pavilion today from 5-7 p.m. The Sacred Space, located in the Truitt Center will be open for Elon community members seeking "quiet reflection."

The university will also be hosting a "Gathering of Friends" at 7 p.m. on Sunday, "for all who wish to share their feelings of loss and reflect on fond memories and special moments with Breslin."