Creating a home away from home: Sylvia Munoz's journey from Costa Rica to Elon University 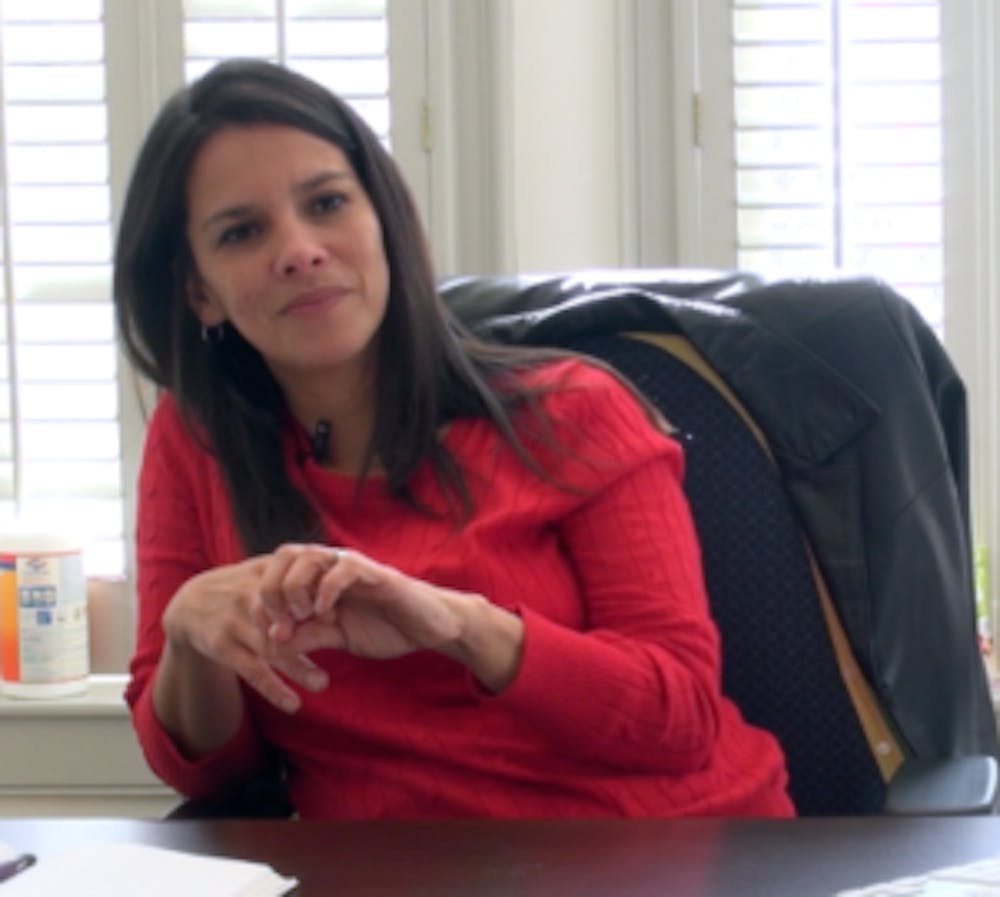 Sylvia Munoz hadn’t encountered “space” until she first came to the United States in 1994. Back in San Jose, Costa Rica, her hometown, she lived with her family of seven in a house adjacent to all her closest friends — her cousins. At any given moment, her home was guaranteed to be full of excitement with either the noise of her sister and three brothers, her parents or her extended family members.

“When I say I am one of five, those are my siblings-siblings,” Munoz said. “But I also grew up with all my cousins, especially on my mom’s side. We all lived next to each other. I think more than first cousins, we were also raised as siblings. I always say that I was raised with 25.”

The family model Munoz grew up with was one that established an unbreakable bond. There were no days spent avoiding conversation over small arguments, or wasted locked behind a closed room door. The idea of having personal space, to her, is an odd and very American concept. Her best and worst days were spent surrounded by people she loved, and she wouldn’t have had it any other way.

“Home is where the family is,” Munoz said.

Now, nearly 20 years after first leaving home, the same values hold true and have carried over to Elon University. In her roles as interim director for the Center for Race Ethnicity Diversity Education (CREDE) and director of the Spanish Center, her large family has extended even more, expanding to include faculty, staff and students.

Senior June Shuler was lost her first day on Elon’s campus. Being an international student from Switzerland, she hadn’t been able to visit the school prior to attending. Her knowledge of Elon relied on what she had read and saw in photos.

“I’ve never been to North Carolina — never visited Elon before,” Shuler said. “I was completely lost and I was walking around trying to find my way because I had somehow gotten the wrong schedule. I was walking around Elon aimlessly. I didn’t even go up to her. She noticed that I didn’t know what I was doing.”

“She” happened to be Munoz, someone who would become important to Shuler over her next four years at the university. That day, Munoz asked Shuler if she was alright and, after realizing she was lost, brought her back to El Centro to figure out where she needed to be.

“I came in late,” Shuler said. “But just the fact that she was willing to stop whatever she was doing that day to talk to me, to make sure I was OK, I felt like that really impacted me to feel like there was someone that really cared about students on campus.”

Since then, Shuler has taken an active role in the international society and formed a closer relationship with Munoz. She has sought Munoz out for advice and has even worked with her to organize events targeted at international students.

“I think it just goes back to Sylvia’s character,” Shuler said. “She’s just really welcoming and open, so when she asks you how you’re doing, you’re almost compelled to share and be completely honest. She has an international perspective as well, so we kind of share stories and have a bonding experience over that. I always talk about lived experiences. You can’t understand someone else’s experience unless you’ve gone through that yourself.”

Another student, junior Kara Rollock, also has come to appreciate Munoz’s support. Her initial transition to Elon from Pittsburgh was rough. As a black student, she felt out of place at Elon. By the end of her first year, she was ready to transfer, but after some convincing from her mom, she decided to give it another semester. During that time, she became involved in more organizations to push herself to find comfort.

One of the tasks she took on was becoming a mentor for the SMART program, which connects incoming minority students to upperclassmen. That’s where she met Munoz, who became her adviser after training in the spring.

“Honestly, I would say that she treats me — and I think I can say for some of the other student coordinators as well — as though we’re her children,” Rollock said. “She’s just very motherly in the things that she does.”

She added that what Munoz brings to the campus is connection. As they continued to bond, Rollock began to see her as more than a regular Elon faculty member.

“She just really, for me, has made Elon feel like home,” she said. “When I think of Sylvia, I think, ‘Okay I’m comfortable again.’ I feel this is where I belong.”

Randy Williams, associate vice president for campus engagement, said Munoz has a unique knack for student affairs. Since joining the CREDE, he has only seen her get better.

“When Sylvia came over here she was able to not only have more of Hispanic-Latino students come to the CREDE, but she also brokered relationships with the black students as well and the black students sought her for support and advocacy,” Williams said. “That was really impressive. It shows that she’s able to cross cultures and races to help students and their development.”

According to Williams, her genuine care for her students is what makes her an asset to Elon’s campus.

“In these times of difficulty and unrest when it comes to marginalized students, people like Sylvia really emerged to the forefront,” Williams said. “We can’t pay her enough for what she brings.”

The many meaningful relationships Munoz has been able to develop at Elon is what keeps her going. As much as she misses her family in Costa Rica, she said she knows she wouldn’t be able to find a job she likes as much back home.

“I love what I do in the Spanish center and even now what I do here in the CREDE as well,” she said. “You spend a lot of time at work so if you find something that you really, really love, you might as well stick to it.”