International students weigh in on Trump 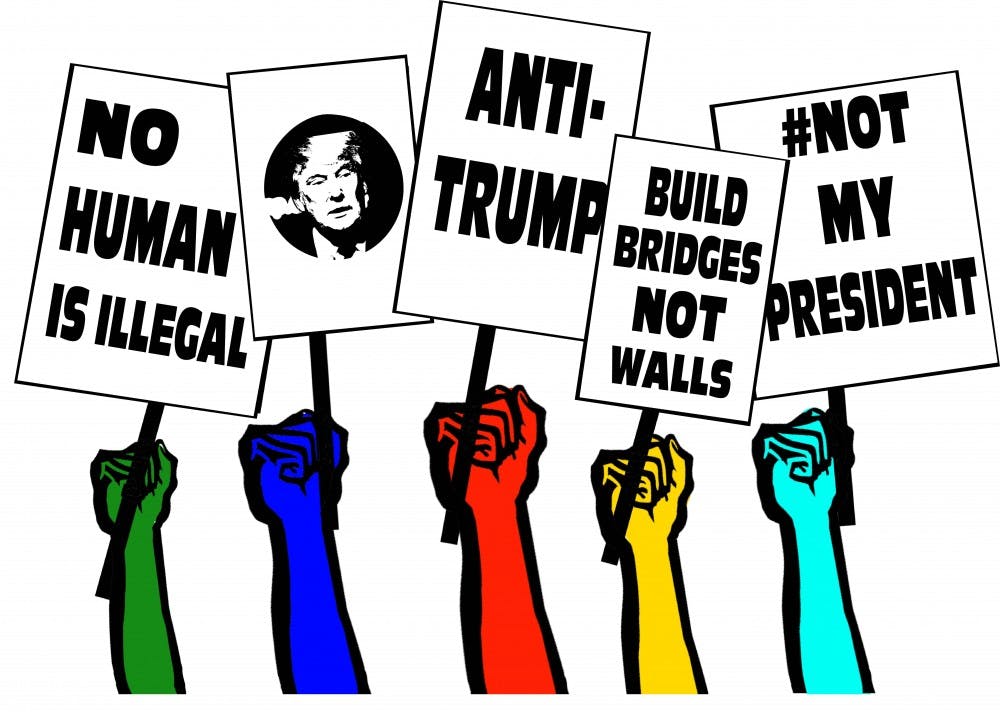 Upon hearing the news last November that Donald Trump would be the 45th President of the United States, some of Elon University’s international students felt as if their illusion of studying abroad in a land of freedom and opportunity had been shattered.

Many of these students wanted to come to the United States to receive a better education, learn about another culture and enhance their English-speaking skills. They were not anticipating the political circumstances that would shape their study abroad experience.

There are 414 international students at Elon. They make up 6.14 percent of the student population.

When Trump announced his candidacy in June 2015, he labeled Mexican immigrants as criminals and “rapists.” This comment marked the beginning of Trump’s insults toward the Hispanic community and other minority groups during his campaign.

During this campaign, junior Ana Teresa Gago said she wanted the Democratic candidate Hillary Clinton to win because of her attempts to include and respect minorities. As a Panama City, Panama, native Gago noted the importance of having the United States’ government represent her voice and the rest of the Hispanic population’s perspective.

“I agree more with her political views than with Trump’s,” Gago said. “He offended me as a woman, a Latina and a human.”

Abhinav Nitesh, a sophomore from Dubai studying international business and finance, said he also supported Clinton because of her experience in the White House and her understanding of the country’s people.

While watching the presidential debates and following the presidential campaigns, Juan Rivero, a freshman studying computer science from Caracas, Venezuela expressed his concern that a presidential candidate actually vocalized what he called offensive comments toward the Latino population. To Rivero, Trump seemed to be making a joke of the election.

“I was just shocked,” Rivero said. “I thought Trump was just saying what some people wanted to hear and was trying to be funny.”

After hearing Trump’s insults toward the minority communities during this election campaign, these international students said they felt angry and disappointed that the citizens of the United States entrusted Trump with the ability to lead the country.

“I felt frustrated to see how many people supported Donald Trump,” Gago said. “I guess I just didn’t expect for people to actually take him seriously.”

Despite Trump’s remarks, Rivero said he decided not to dwell on Trump’s opinions.

“At one point, I decided that if I was paying so much attention to the election, I would block [the comments] out,” Rivero said. “I tried to ignore them. I thought that there was nothing I could do that would change anything, so I didn’t stress about it.”

After the election results were announced, some international students said they were in disbelief upon hearing the news that Trump won. Their friends and family also reacted with shock and confusion.

“It was a sad day,” Rivero said. “A lot of my friends called me crying and saying how they were worried.”

These international students also believe Trump’s presidency has been no more promising than his campaign.

"After the election, people were more worried and stressed. Some people were concerned about having to go home. It was a period of time when people were uncertain what was going to happen."

“After the election, people were more worried and stressed,” Rivero said. “Some people were concerned about having to go home. It was a period of time when people were uncertain what was going to happen.”

Based on Trump’s presidency thus far, these students voiced their overall dissatisfaction with his progress and policies.

After Trump signed an executive order Jan. 27, he temporarily suspended the admittance of immigrants from seven Muslim-majority countries, prohibited the entry of any refugees for 120 days and banned Syrian refugees from arriving to the country.

“Banning Muslims and refugees from entering the country is quite stupid since all the people who enter the United States go through tough screening,” Nitesh said.

“I hate the way Trump is handling immigration,” Rivero said. “I don’t like the ban. I think it is disrespectful and shaming.”

With the possibility that Venezuela could be included in this travel ban, Rivero admitted that this immigration policy caused stress for him and his family.

“I didn’t know if my family was going to be able to come here,” Rivero said.

Despite these students’ concerns with Trump’s current policies, they acknowledged the positive outcomes that have resulted from the presidency. To them, Trump’s presidency has been a learning experience and a way to become stronger as individuals and as members of minority groups.

“It has helped me grow as a person and realize a lot of things about the world I didn’t know before,” Gago said.

“More people are talking about Latinos and focusing on how they are being affected,” Rivero said. “It brought us together in a way.”

According to these students, the Elon community is taking the initiative to reduce any cases of prejudice or discrimination in order to create an environment of respect and equality.

“Elon is actively trying to create a more inclusive and diverse campus,” Gago said. “It has tons of great people who actually care.”

“Elon is a school that supports diversity and has a strict policy against discrimination,” Nitesh said. “People on this campus are really supportive and helpful.”

Gago, Rivero and Nitesh all want to return to their home country after graduating Elon. As for now, they all said they hope Trump will become more accepting in the future to aid what they believe to the country’s best interest.

“I would like for Trump to be more inclusive and for him to realize that America was founded on diversity,” Rivero said. “Without diversity, the country would not be the same.”