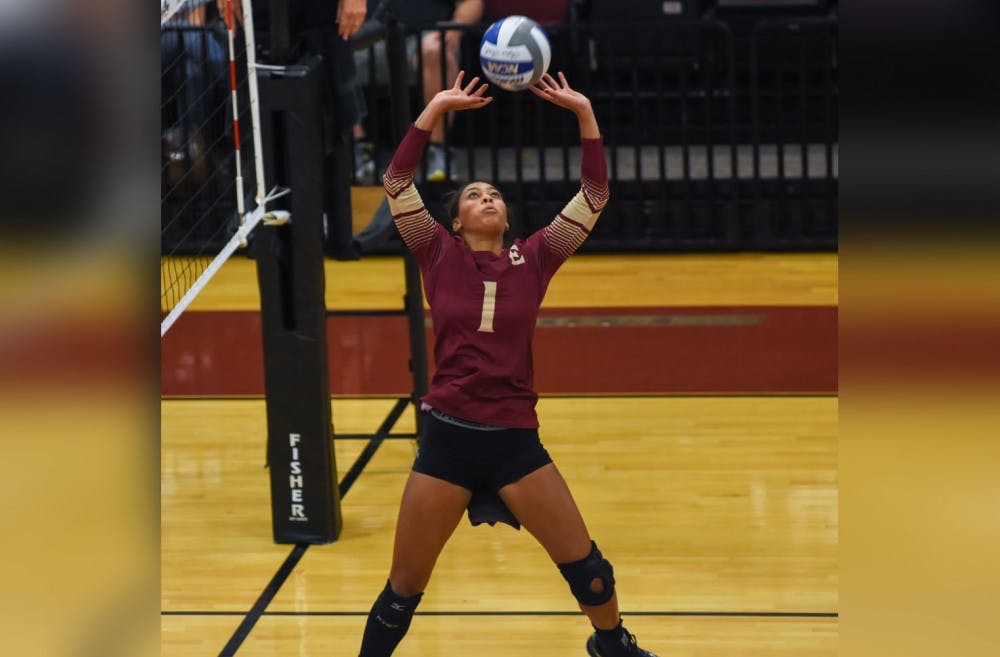 Elon University volleyball redshirt junior Sydel Curry announced that her volleyball career was over on a social media post Feb. 9.

Curry had original stated her intention to return for her fifth year of school and play her redshirt senior season, but said on Facebook that an injury will keep her from playing.

"I never thought that my first grown up decision about my future would be something so difficult," Curry said. "I have dedicated so much of my life, my identity to my sport. As an athlete and a competitor, I will always want to put my sport before a lot of things. As much as I want nothing more than to have played my 5th year I know that some things, like injuries, are out of my control and I put all of that in God's hands. This is an unexpected end to an amazing chapter that I thank God for every single day."

After redshirting her freshman year because of a dislocated knee cap, Curry played in 81 matches in three years with the Phoenix, with her 2,381 career assists placing eighth on Elon’s all-time leaderboard. Her 1,170 assists in 2016 were the fifth-most in a single season.

Curry will graduate in May with a degree in psychology.