Fresh around the field 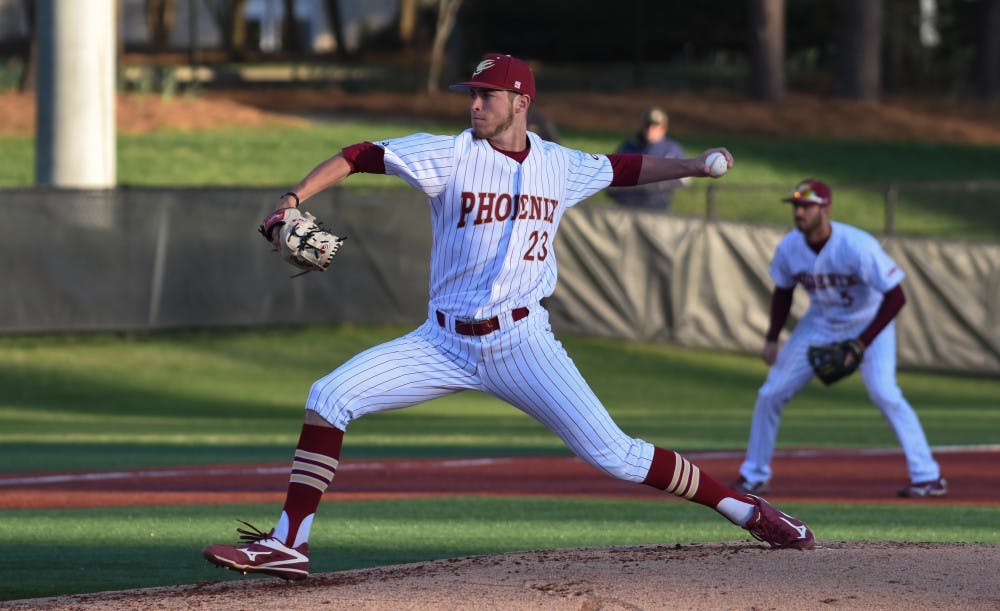 Danny Crowe doesn’t see it, but he knows it — the distinction he holds on this Elon University baseball team.

He’s the only senior on the roster who’s been here for four years — the other seniors are transfers. The other players from his class are gone, or have one year of eligibility left.

That gives him a unique perspective on this team, one that’s relatively young — three of the five captains are entering just their second year with the program — and was picked to finish fifth in the Colonial Athletic Association (CAA). And he sees aspects of this team that are different from the past three years — teams that have won a combined one game in conference tournaments after Elon made the NCAA Tournament in 2013.

“One through 35 on the roster wants to be out here, period,” said Crowe, a pitcher from just outside Manhattan. “You dont have to tell a guy to do a stretch correctly, or do anything correctly. It’s all handled. We’re running subconsciously. We’re all in routine.”

Elon brings eight freshmen and five transfers into the fold, and, according to coach Mike Kennedy, has addressed its two primary sources of frustration from last year: pitching and defense.

The Phoenix committed 98 errors in 2016 while posting an earned-run average of 6.51, numbers not acceptable to Kennedy and in no way conducive to a winning formula.

For Kennedy, it’s simple. Elon didn’t do either of those things particularly well last year, yet finished third in the CAA and a game out of second. Do those better, and that’ll lead to a more successful year.

“All that’s going to be dictated on how a few of our younger guys compete,” Kennedy said, who’s beginning his 21st year leading his alma mater. “It’s going to be their first time at the Division I level, and they’ll be thrown into the fire. If they handle that well and can move forward — they’ll face some struggles, that’s the way it is — but if they handle that the right way and keep growing and keep grinding, we’re going to be pretty competitive.

“We feel we’re 100 percent better defensively and more talented on the mound.”

On the mound, Kennedy sees sophomore Ryan Conroy, junior Robbie Welhaf, freshman Kyle Brnovich and senior Jordan Barrett as potential weekend starters. Freshman George Kirby will be in the mix once he gets his pitch count up.

The Phoenix will be without sophomore Mason Daniels, who underwent elbow surgery, all season. He made 15 starts last year.

At the plate, the power of senior Kyle Jackson and sophomore Liam O’Regan return, while sophomore Ryne Ogren, freshman Garrett Stonehouse and senior and All-CAA honoree CJ Young will also be key components.

“There are battles going on everywhere,” Young said. “That makes people work hard instead of just getting complacent. ... A lot of people can play. You’re going to see a lot of names.”

Kennedy agrees. Injuries bogged the Phoenix down last year and depleted the roster. He feels there’s some more depth this year, and has been encouraged by what he’s seen through the preseason.

“It’s an overriding change from what I’ve seen,” Kennedy said. “We’ve had guys who don’t mind playing, but it’s been some 9-to-5 type stuff. I’ll get my work done, but I’m not going to go above and beyond. But this group is totally different. They’ve gone above and beyond. Hopefully, because you preach it, it’s going to show up when we start playing.”

“We’ve kind of taken on ‘picking up pennies,’” Kennedy said. “A lot of people walk right by them without picking them up. Let’s do the things other people don’t want to do. That’s the little things. We’re trying to stay in tune to those things.

“We won’t get rich by picking up those pennies, but we’ll get rich because we’re taking time to do that stuff. That’s the lesson we’re trying to learn with our guys.”