'It still doesn't feel real to me yet,' says one student 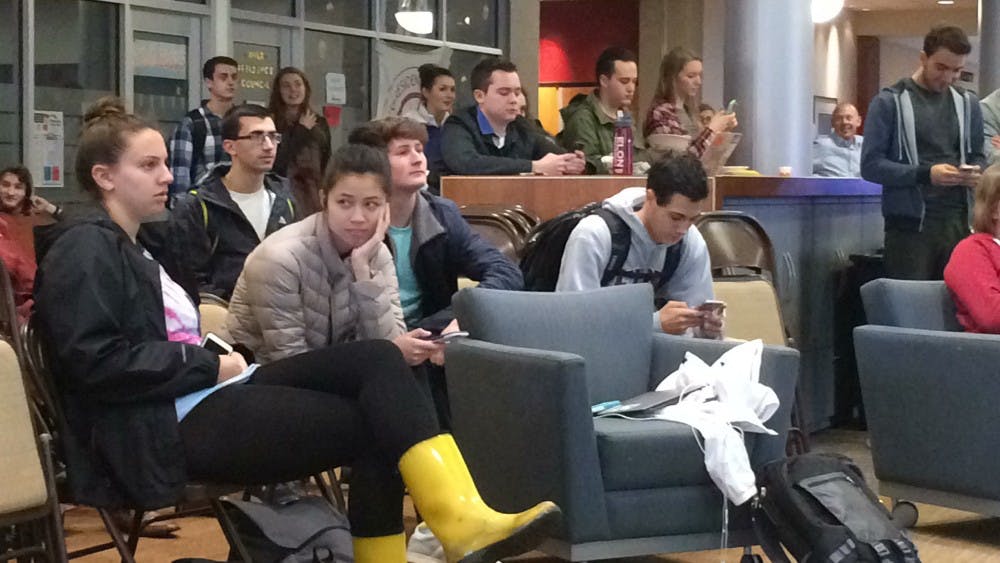 The crowd of 100 knew what was coming. They've known for two months who their next president would be. When the clock struck noon, however, the feeling of a Donald Trump presidency had still not sunk in.

As President Donald Trump took the Oath of Office, the silence inside the Moseley Center was palpable.

"It still doesn't feel real to me yet," said freshman Claudia Escaler.

Trump also said he would adopt a United States-first strategy across all national issues, including immigration.

"We've defended other nations' borders while refusing to defend our own," Trump said.

Trump tailored his speech to those who have lost faith in the political process and are upset with Washington, D.C.

"You will never be ignored again. Your voice, your hopes and your dreams will define our American destiny," he said.

For students who have closely followed the election, the harsher tone of the speech was not surprising.

"It was such a Donald Trump speech," said freshman Emily Bozadjian. "It was just totally what he would say. S---ting on America, saying all the poor things that are happening, ending it on the note that America comes first and that he's going to make America great again. It just makes America seem so selfish."

Bob Frigo, Elon University's associate director of the Kernodle Center for Service Learning and Community Engagement, helped organize the Inauguration viewing. He said he was pleased with students' level of interest at the event.

"For a lot of our students, this is the first time they've had the chance to cast their ballot and see those ballots potentially turn into a new president," Frigo said. "We really are trying to cultivate active and engaged citizens. This is part of the student's journey for the rest of their lives. It's important that we have these opportunities to cultivate that."