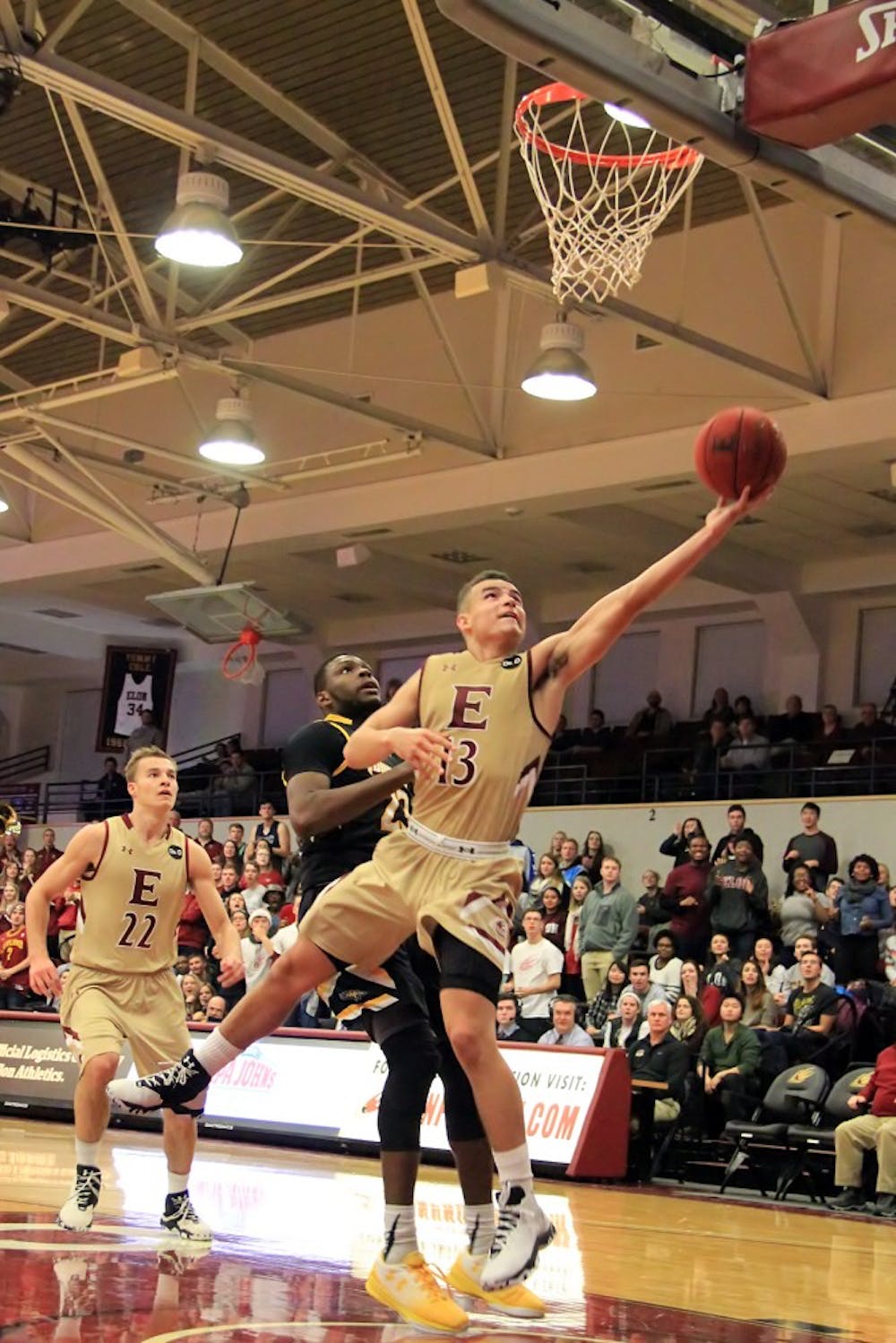 When assessing the Elon University men’s basketball team’s performance after six Colonial Athletic Association (CAA) games, head coach Matt Matheny looked past the statistical strides and was pleased with the way the Phoenix has approached games.

First, there was the stretch of four games in eight days that Elon ended with a slew of offensive successes, leading to a victory over Towson University.

Then, one of the best shooting displays in Elon’s CAA tenure in a 96-80 win against Hofstra University.

And, finally, even in a loss against James Madison University, a step forward in knowing its ability to compete at a slower pace when one of the key contributors isn’t having the best night.

“It hurts to lose,” Matheny said Jan. 14. “But when you take a step back, I love our mindset. I love the way we’re playing. I like how tough our guys are. I like the execution in late-game situations, both offense and defense.”

Elon lost three straight to start CAA play — home against College of Charleston, at the University of North Carolina at Wilmington and at College of William & Mary — before beating Towson.

The Towson victory was vital, not only for avoiding a 0-4 start to CAA play, but for finding some positive results to work with in the days of practice afterward.

The Phoenix overcame a slow start — it missed its first nine shots from the field — against a Tigers team that is known for its defense. That defense has troubled Elon in the past, delivering the Phoenix its worst shooting performance in each of the last two years.

But that wasn’t the case then, as Elon shot 42.3 percent from the field and grabbed 37 rebounds, tied for its most in six meetings games Towson in the last three years.

“Reap the benefits of getting a victory, then you can feel better when you’re resting,” Matheny said.

In CAA play, Elon’s offense ranks sixth in the league in scoring offense at 71.5 points per game and fifth in field goal percentage at 46.1 percent. Sophomore Steven Santa Ana has been a huge part of that, posting 29 points in games against both William & Mary and Hofstra.

But he struggled against the Dukes, missing his first six shots and not scoring until more than halfway through the second half. He finished with just five points on 2-of-10 shooting.

All that considered, Elon still was in the game and had a chance to win in the final moments — sophomore Tyler Seibring’s elbow jumper was no good, and junior forward Brian Dawkins’ follow tap missed.

This was a game during which James Madison slowed the pace, and, with its trapping press, got Elon out of its offensive rhythm.

That left some encouraging prospects about where the Phoenix stands on offense, but also where it needs to go.

“Our motion was pretty crisp early on,” Seibring said after the James Madison loss. “We were able to get good looks, looks we know we can knock down. We shared the ball pretty well. Once we get flowing like that, and setting screens the way we did, we’re going to get good looks. We have to defense to be able to get those looks in the fast break.”