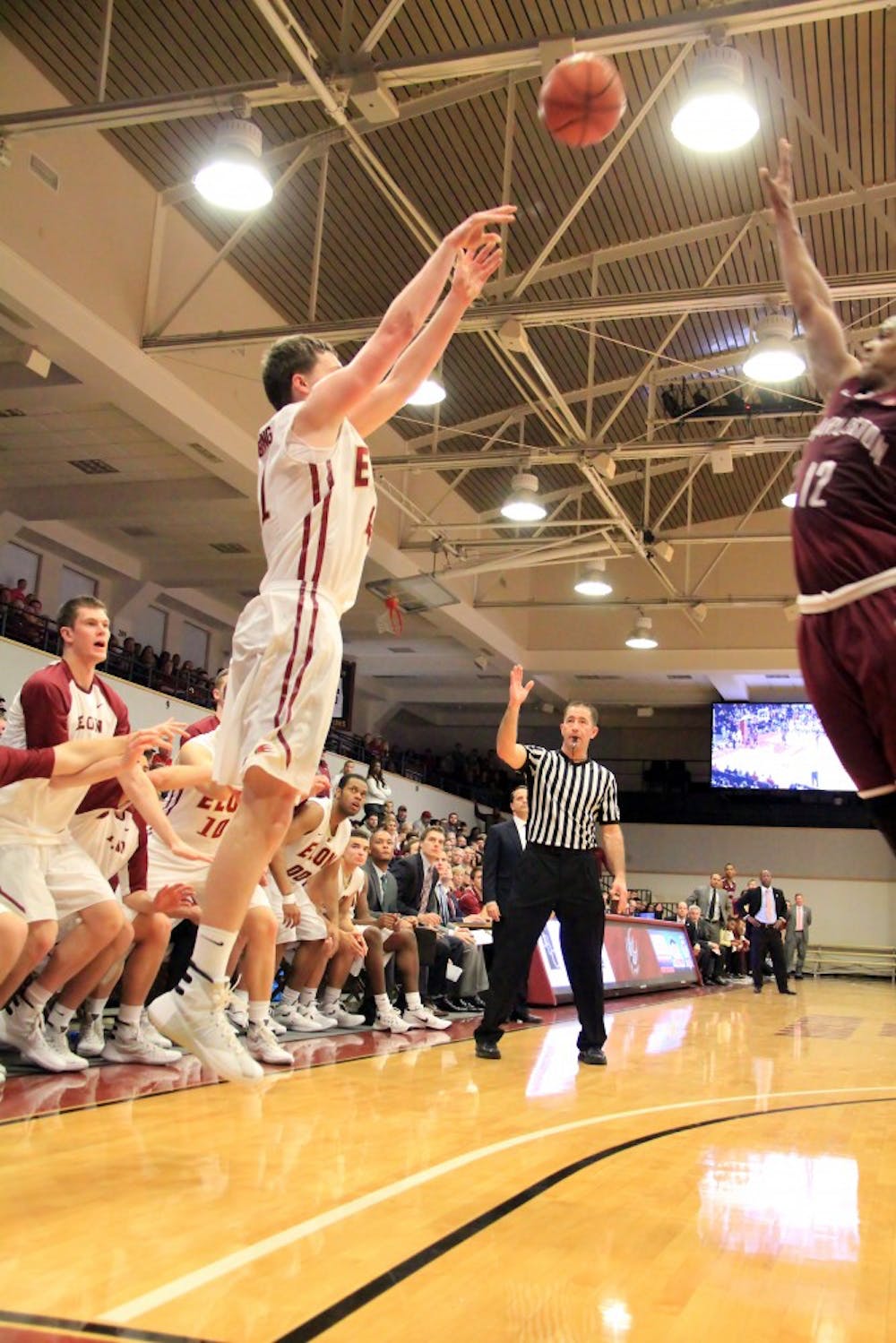 HARRISONBURG, Va. — The set-up was what the Elon University men's basketball team wanted, after a 3-point shooting parade and enough defensive stops gave the Phoenix the ball, down one, with a chance to win.

The miss signaled the end of a furious final 90 seconds, which saw Elon go from down six to within one thanks to a pair of 3-pointers and a play in the post by Dawkins.

It delivered Elon its third straight loss on the road in CAA play.

"Tyler had a really good look," said junior guard Dmitri Thompson. "That's a shot he'll make 99 times out of 100. I believe that. It just didn't fall."

Seibring buried a 3-pointer from the left wing with just under a minute remaining, not long after sophomore guard Steven Santa Ana connected from the other side of the key. Sandwiched in between were a pair of free throws by JMU's senior guard Jackson Kent.

Kent split a pair of free throws to give the Dukes a three-point lead before a Dawkins put-back brought the Phoenix within one.

From there, Seibring snatched a turnover from JMU, giving Elon the ball with 20 seconds left.

Santa Ana missed a contested 3 from the left key with about seven seconds left. Elon ended up with the ball below the basket with 5.4 seconds remaining.

Senior guard Luke Eddy inbounded to Seibring, who caught the ball and took a dribble before faking a shot on JMU's senior forward Yohanny Dalembert.

After the clock hit zero, Seibring stood in the same spot, bent over with his head in his hands.

"I got a good shot fake on it," Seibring said. "It just didn't go in this time."

That left Elon with a bad taste in its mouth, despite leading for nearly three-quarters of the game in which its style of play was challenged and it didn't receive the usual hot shooting output from Santa Ana.

The Phoenix relied on 3s for nearly the entire way, but especially in the first half. Nine of 13 first-half makes were from 3. Elon's largest lead — eight — came after four 3s, a jumper by Eddy and a wide-open layup by senior guard Christian Hairston.

In addition, Santa Ana, who had posted 29 points in two of Elon's last three games, struggled to get going. He didn't score until the 8:04 mark of the second half after missing his first six shots, and finished just 2 of 10 from the field with five points.

"Our team has played with a great mindset the last several games, and that continued today," said Elon head coach Matt Matheny. "I liked our ability to be tough-minded throughout, what I thought, all 40 minutes. I thought we had a great aggression in the first half and executed pretty well and defended pretty well in the first half.

"We talked at halftime about defending a little bit better. I can't say that we defended better — maybe the same. As a result, they were able to score. ... I thought our late-game execution was really, really good and gave us a chance to win."