Commencement 2017 will be held in Scott Plaza 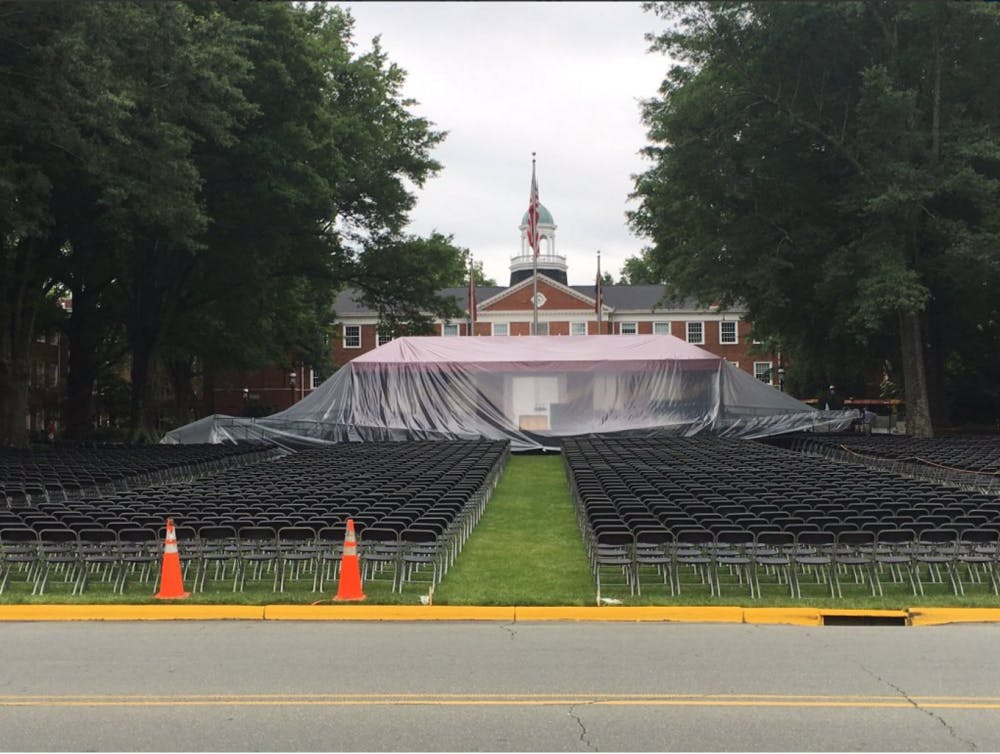 As a tour guide and Elon University SGA senior class president, one of Kelsea Johnson's favorite stories to tell is that New Student Convocation for freshmen and commencement for seniors happen Under the Oaks.

But she will now have to modify the line this year for the second time.

According to a letter from Jeffrey Clark, executive director of Cultural and Special Programs, the Commencement Ceremony for December 2016 and Spring 2017 Elon graduates will be held again in Scott Plaza — retreating from the original plan to return to university tradition and host commencement Under the Oaks.

Commencement in May 2016 was held in Scott Plaza due to ongoing Schar Hall construction. The return to the new location this year was based primarily on the motivation to maximize the number of seats given the lost real estate due to presence of Schar Hall.

“If we held commencement Under the Oaks this year, we would lose a little over 3,000 seats for families and we would have to limit students to a certain number of tickets for commencement,” Clark said. “We'd rather have entire families together than institute a ticket policy to limit the number of guests.”

Clark, who has organized about 45 commencement ceremonies Under the Oaks, said last year’s commencement at Scott Plaza offered better sight lines available to a larger number of people.

“It was an excellent location,” he said. “There was a natural design to the terrain so that the stage was up high, the way it should be.”

Johnson said that senior class officers reviewed the proposals for Schar Hall and agreed that allowing more people to attend the ceremony outweighed the sentimental value of holding it Under the Oaks.

"Limiting the number of tickets just limits the experiences for everyone involved and we do not want to do that," Johnson said. “As classes get bigger, so do the number of guests at commencement so sometimes traditions have to change.”

While the officers did not collect feedback from students on a university-wide level in terms of polling, Johnson said they received a lot of positive feedback from people who were in attendance at commencement last year.

Though the ceremony is unticketed and seats will be claimed on a first-come, first-serve basis, Clark urged students to limit their guests to eight based on capacity from previous attendance patterns.

Johnson said that though the story she tells the rest of her tours will ultimately change, she is excited about Scott Plaza and the start of a possible new Elon tradition.

“As we expand, so do our traditions, " Johnson said.