Politics with a side of comedy: Review of The Second City at Elon 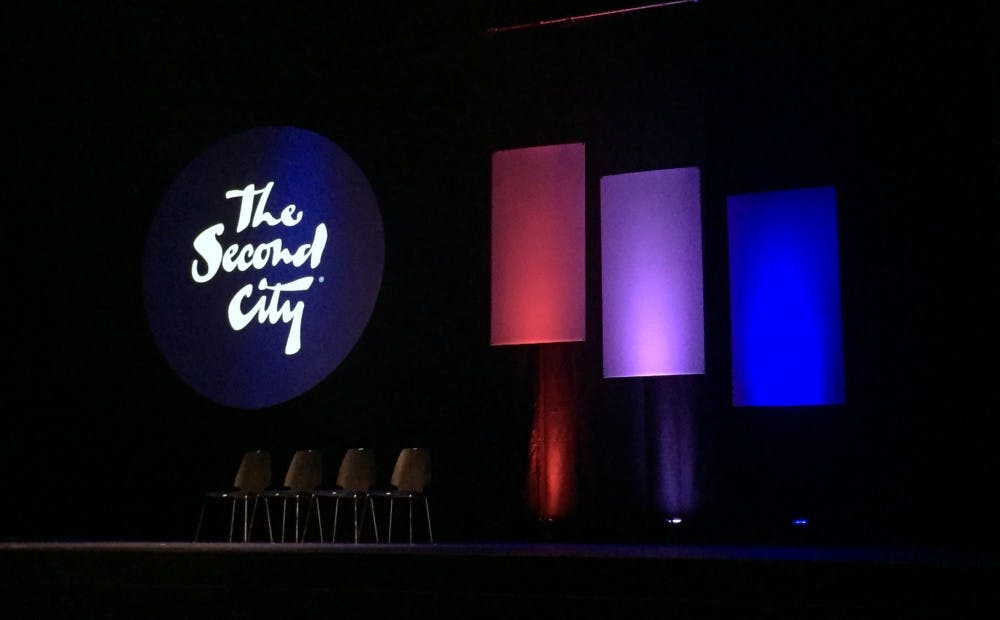 Hailing from Chicago, The Second City opened in 1959 and has produced comedy greats like Tina Fey, Gilda Radner and Joan Rivers.

The show included both sketch comedy — pre-written scenes that occasionally included a song or two — and off-the-cuff improv. The six performers opened with a dream sequence where a woman spoke with President Barack Obama about the future of our nation. The show jumped from past to future to present, and most sketches were politically charged.

Early in the show, a performer did a bit about exit-polling and interviewed audience members about their political views. The performer made fun of the strict bipartisan nature of our country, saying, "the beauty of America is that there’s only two choices!”

One girl in the audience was called out for saying she was a Republican. "So when did you decide that you hate poor people?”  She later found redemption when they brought her on stage to sing about “kicking fear in the balls.”

As with most improv shows, audience interaction was a recurring element. The performers asked the crowd if anyone wasn't registered to vote, then brought a student on stage. They did a Mad Libs-style performance about the student and his life, then began his voter registration for him.

I was hesitant to embrace a comedy show centered around politics. Politics nearly consume me — every morning email newsletter I get is 1000 words of what Donald Trump has done, and every tweet on my feed is some kind of Hillary Clinton conspiracy rhetoric.

Every day is saturated with politics. I believed that comedy and entertainment should be a solace — but this show changed my mind a bit.

While my two hours were spent thinking about the bipartisan nature of our country, a future under Trump and how President Bill Clinton would act as the first First Man, I wasn’t disheartened. I was also excited at the prospect of having a First Man in the White House because now we can get rid of that antiquated, mildly sexist term.

The show concluded with a crowd sing-a-long of sorts, in which the performers rang out, “America is going through some sh-t. We’re all gonna have to get through it.”

It was strangely poignant, and hearing an auditorium of people rallying together about a dismal future instilled more hope in me than most political speeches have.