Sunken and Drunken Truth: An inside look at Elon's fake ID culture 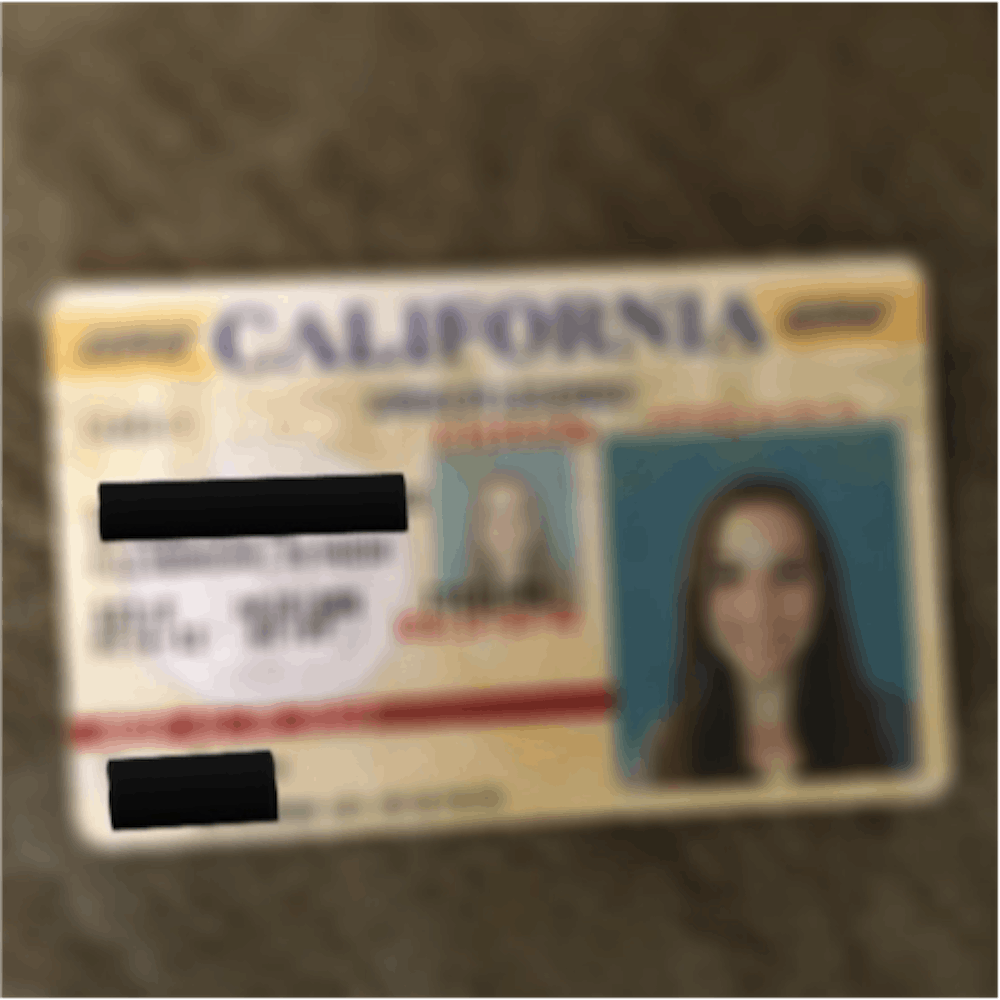 One of Brittany's fake IDs

Brittany, whose name has been changed to protect her identity, is a senior at Elon University. She’s in a sorority and plays a club sport.

Though many of her peers know her from her on-campus involvement, many also know her as a distributor of fake IDs at Elon.

“I’ve probably placed close to 30 orders,” Brittany said. “It’s how I make a lot of my own personal spending money.”

According to Brittany, Elon is no exception.

“People [here] are always looking for fakes,” she said.

A consistent and profitable habit

Brittany learned of the social impact a fake ID can have long before she came to Elon.

“In high school, my friends were pretty avid drinkers. It was pretty hard for us to do anything in our hometown because our parents didn’t really want us having parties at our houses,” she said.

Since house parties weren’t an option, Brittany and her high school friends turned to the bar scene near  a local  university.

“I was all about it, but that obviously won’t fly unless you have a fake,” Brittany said.

She got her first fake ID through a large group order when she was a sophomore in high school, but she said she knew the quality of that ID wasn’t good enough to “work” in college. So when she moved to North Carolina in fall 2013, she turned to other means: the black market.

But going through the black market was expensive, costing Brittany nearly $100 for a better fake ID. Then, two years ago, she met a man in graduate school for business in California who makes them. And while she doesn’t see him regularly, they have formed a partnership — Brittany collecting orders and her friend in California printing the IDs.

“We, more or less, started a business,” Brittany said. "So I don’t make them. I don’t know how to make them with the printer. It’s a very complicated technological process.”

The whole process to get students their fake IDs takes about two weeks. The first week, Brittany gets a picture of her client as well as other information that appears on the ID. She inputs the information into a template and then sends it to her friend in California. He then makes the ID, and within a week, it appears in Brittany’s campus box at Elon.

It didn’t take long for word of Brittany’s business to spread around Elon’s campus. She said underage students are looking for the most economical option, which she said she provides. Brittany sells for $80 per fake ID, $60 for her friend in California and $20 for herself, and a lower price per ID in a group order.

But Brittany said it’s not just the price that makes her operation stand out.

“Obviously, they’re going to go through someone who they can relate to and they can trust,” she said. “I’m not some sketchy person from the town over. I’m an Elon girl. A lot of people know me on campus.

“Whenever new freshmen or sophomores are trying to invest in a fake, their friends are like, ‘Oh yeah, I know this girl who’s really nice and in a certain sorority — she can probably hook you up.’”

Brittany said the reputation she earns from distributing the fake IDs is just as important as the money she earns.

“[Students] just kind of respect you more if you can hook them up with things,” Brittany said. “That’s kind of lame, but now people know I do it and they’re not going to mess with me.”

“I wouldn’t say it’s not prevalent, but many students have the fake IDs,” Walker said. “We stumble across them every now and again.”

But stumbling across the IDs means the person in possession could get a Class 2 misdemeanor, which equates to up to 30 days in jail and up to a $1,000 fine.

A Class 1 misdemeanor is issued if a police officer catches a person using a fake ID to get into a bar or club or to purchase alcohol. Class 1 misdemeanors can result in up to 120 days of community punishment and fines as much as the court deems appropriate.

Brittany said there’s another element to potential punishment for being found in possession of fake IDs: the use of her own campus box.

“I have all the liability because I get the IDs shipped to me in my campus box,” she said.

The potential repercussions do not stop Brittany or a 19-year-old student named Rachel, whose name has also been changed to protect her identity — though Rachel is less nonchalant about her fake ID than Brittany.

“I still get really scared when I use it,” Rachel said.

Similar to Brittany, Rachel has a summer birthday and considers herself young for her age. But unlike Brittany, Rachel has never used her fake ID at a liquor store. She’s from outside  a large city  and likes to go into the city with her friends to get drinks when she’s home, and she keeps her fake ID on her while at school in case she wants to purchase alcohol from a grocery store.

“I just like to buy wine and champagne from Harris Teeter,” Rachel said.

According to Brittany, these situations are why she distributes fake IDs.

“I just want people to enjoy their lives, and if they’re choosing to drink, I want them to be able to do it when they want,” Brittany said. “And although there’s a reason the drinking age is 21, I honestly believe that if you de-stigmatize drinking and teach kids how to drink responsibly from a young age, there will be a lot less alcoholism and a lot less drunk driving fatalities.”