The apartments above are ready for the 2016-17 school year, but tenants for the first floor are still being sought. 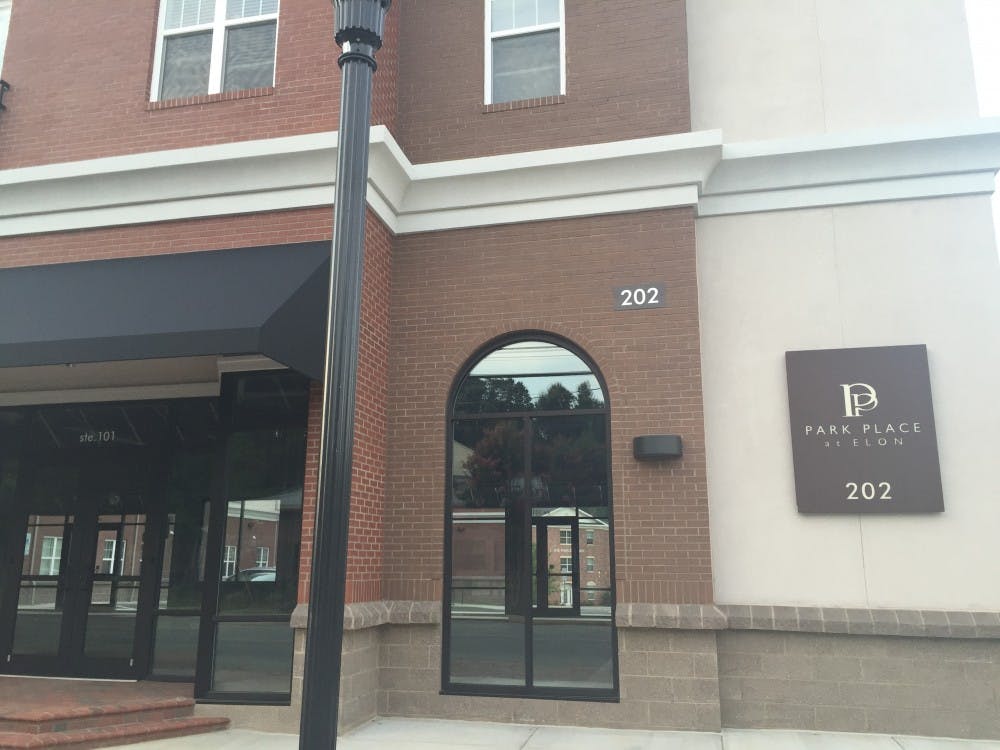 
Park Place is one of the new buildings to fulfill Elon's residential plans for the next five years.

As on-campus apartments fill up with students ahead of the start of classes, the first floor of Park Place — the newest Elon University lodging complex — is not.

For months now, there have been lingering questions about which retail shops will occupy the bottom floor of Park Place. As of early August, the Burlington Times-News reported the owners of the Saxpahaw General Store are discussing making the ground floor of Park Place on Haggard Avenue their second store and restaurant location.

John McDonald, co-owner of EDG Properties, said the company is still seeking a grocery store, pharmacy and retail locations to fill the three possible spaces beneath the building.

“We’d rather be a little bit discriminate and hold out for what we want than to settle,” McDonald said.

In May, McDonald and The Company Shops Market negotiated about the future of their collaboration. But after “two good runs,” neither side could reach an agreement, forcing EDG Properties to begin its search for options that appeal to college-age and small-town communities.

Likewise, McDonald said, retailers like Trader Joe’s and Whole Foods Market are not interested in a 6,000-foot space, but he has not completely ruled-out local produce as an option.

McDonald is looking for what would benefit both the town and college campus, and said even having a “unique finds” option, like a dry clean drop-off window to increase mutual interaction, is a possibility. He said the project could be completed by Dec. 1 if an agreement was inked by Aug. 1, but has not responded to a mid-August Elon News Network interview request.

Senior Dani Halliday recognizes the complications with finding the right retail location and said she completely understands why Park Place is not completed yet.

“They had a tall order to fill for a deadline, and I’m impressed they finished as much as they did, honestly. I just want them to finish sooner rather than later,” Halliday said.

Senior Ben Bridges moved into his apartment Aug. 18 and agreed with Haliday. While he is "bummed" that there is still construction in his building, he said he appreciates the university's and the Town of Elon's hope for a collaboration and is excited for the finished product.

“The building is an opportunity for interaction with the town, and that’s something the university has been focused on recently,” Bridges said. "It’s important to me as a student that the retail going in Park Place is open to a wider population and received well by the community."