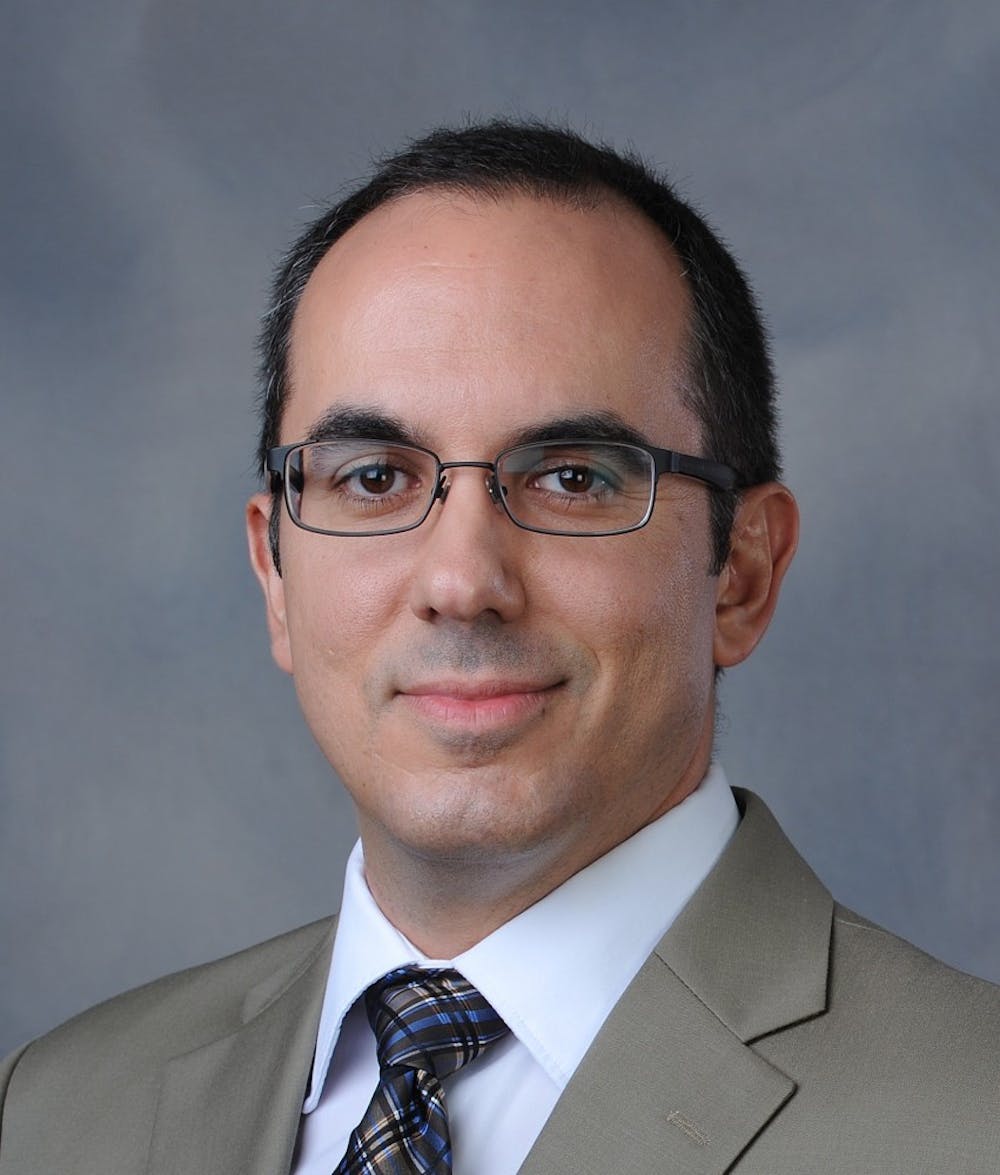 After four years of working as the Director of Elon Poll and as an Assistant Professor of Political Science, Kenneth Fernandez, Ph.D., is moving to Las Vegas for family reasons.

"It really is just family driving me there," Fernandez said. "I'm extremely happy at Elon, my four years here have been the most interesting, challenging, the most rewarding of my entire career."

Elon University is different from any other institution he's worked at before; Fernandez said Elon takes care of professors "very well." While Fernandez wishes he could be here another year and sees his career is an important priority, family is prioritized over polling and politics.

"I've found a fantastic career here at Elon, but I was offered a position closer to family I just couldn't turn down," he said.

Fernandez will be teaching political science at the College of Southern Nevada.

He will not be polling in Nevada, but said the Elon Poll has an exciting and busy year with the 2016 presidential election as well as local North Carolina elections.

"Part of me will be kind of relieved that I'm not going to deal with the stress, but...it's just so exciting to be on the front line of collecting information and finding out what people think," Fernandez said.

He takes time to work on the survey and methodology to ensure the poll is working the way he hopes.

"[By] just talking to people and [hearing] what they think and how they feel about politics and the state of the economy and the state of our political system, it's just an amazing experience," Fernandez said.

He is sad to be leaving the poll, since he feels his skill has improved over the past four years.

"It's sad to leave something you've gotten good at, but I think organizations thrive when you get new blood every now and then," Fernandez said.

Jason Husser, Ph.D., has been the Assistant Director of Elon Poll since 2012 when Fernandez became the director.

"Luckily, it's [the Elon Poll] is going to be in great hands with Dr. Husser. He's just an incredible colleague," Fernandez said.

Fernandez says the time has flown by since he recalls his first 2012 national election during his first semester polling and teaching at Elon.

But it's not the poll he's going to miss most.

"The culture here, it really is sort of like a family," Fernandez said.

He remember his first Elon Poll and needing to get the poll results before school had begun. He and other organizations and departments recruited students such as the band and orientation leaders to help conduct an election survey. And they filled the seats.

"It was really a team effort," Fernandez recalled.

Fernandez was scheduled to teach two classes and conduct the poll this fall. Additionally, he has advisees that are not graduating and will be moved to other advisers.

"I'm really going to miss it," Fernandez said. "Elon is a remarkable place and I feel very, very lucky to have had this opportunity.