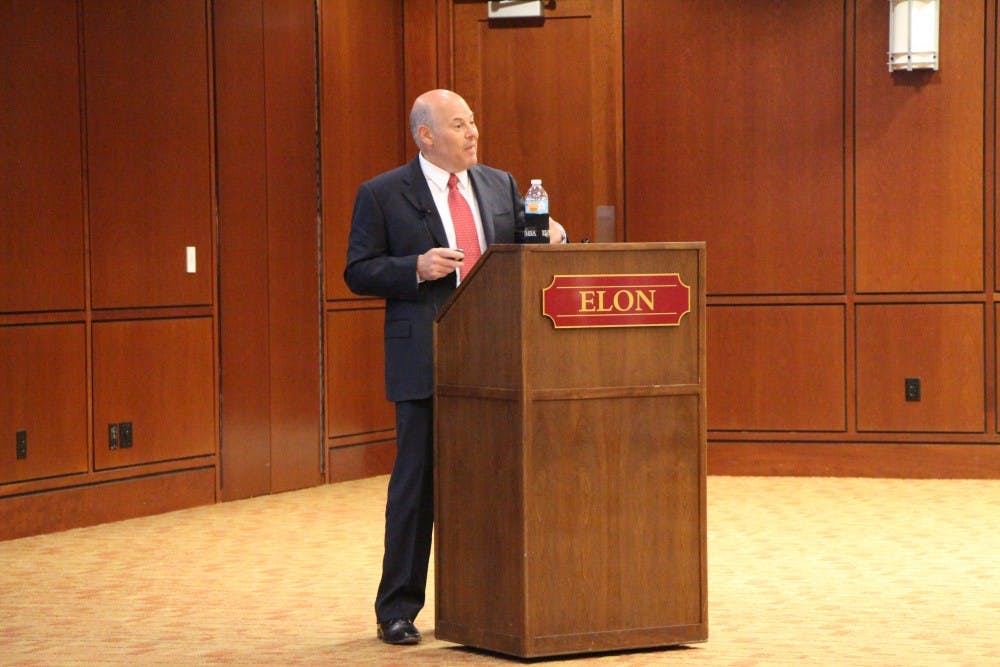 Originating from humble beginnings, entrepreneur Louis DeJoy spoke to an audience of eager business students and faculty at a discussion on management and business savvy Wednesday. As the CEO of New Breed Logistics for 31 years, he shared his knowledge about the industry, his experience, how to stand out and how to be competitive in a global marketplace.

Born and raised in Brooklyn, New York, and pursuing a career in accounting, DeJoy realized quickly that he wanted to do more than file others' tax returns. He said he chose accounting because it “seemed like the right thing to do,” but became bored over time.

At the moment of realization that he wanted a more fulfilling career, DeJoy decided to save his father’s small trucking company, which was on the verge of going out of business. What he didn’t realize at the time was his decision would eventually transform his father's dying business into a multi-million dollar logistics company, which he sold to an even larger company, XPO Logistics, in 2014 for $615 million.

Part of his success was the produce of his expansion through acquisitions and mergers.

After moving to the commercial marketplace in the early 2000s, DeJoy grew the company, increased employees and revenue, and added more square footage to company facilities. Since its big break in 1992 with first major client the U.S. Postal Service, New Breed has served major names from Verizon, Logitech and Boeing to Disney, Comcast and PepsiCo, overseeing the process of getting products to the right place.

“If you have a Verizon cell phone, I shipped it to you," DeJoy said.

As DeJoy reflected on his career, he advised those in attendance to capitalize on opportunities, learn from mistakes and not do anything stupid.

He encouraged all students who have a passion for what they're doing to strive to exceed expectations. DeJoy went from developing his business in a small trailer office with about 60 employees to thousands of warehouse facilities spanning millions of square feet with more than 80,000 employees.