Guba's walk-off caps off 4-run, 2-out rally to beat Towson 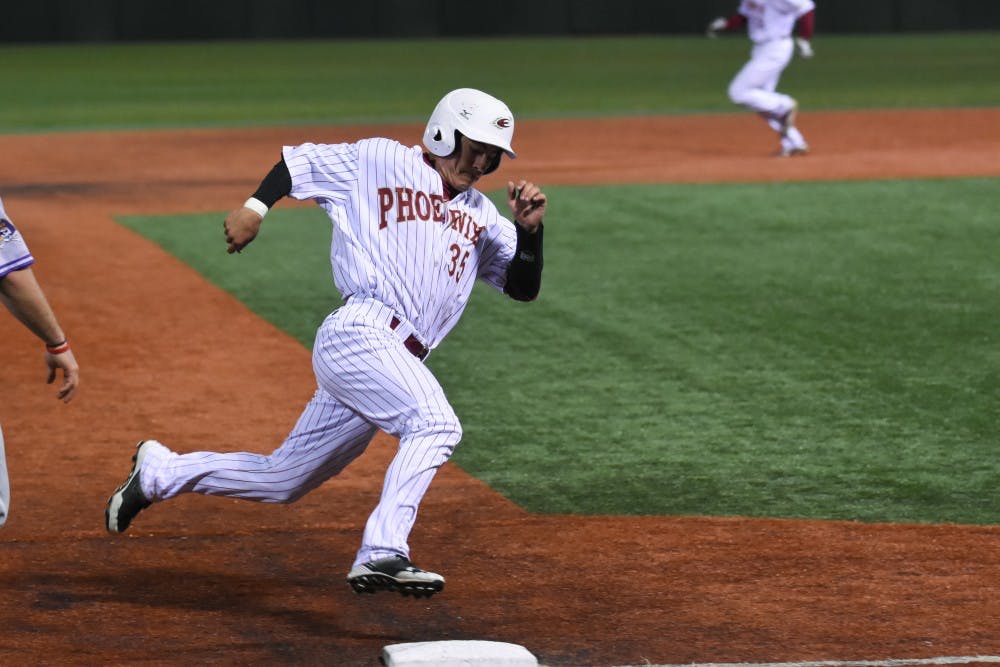 After striking out while representing the tying run in the bottom of the 8th, Guba capped off a four-run, two-out ninth-inning rally with a walk-off two-RBI single in the Elon University baseball team’s 9-8 victory over Towson University Friday in Colonial Athletic Association (CAA) play.

“I just had to buckle down and battle, try to get a ball in play and give us a chance,” Guba said.

“McVicar really lit the spark there, and seeing their pitcher start to fall apart, we saw an opening and took advantage,” Guba said.

Young came all the way from second to score the winning run on a single that didn’t reach the outfield grass. Nance’s hustle to second and presence near the bag forced Towson’s junior shortstop Brady Policelli to try and get Guba at first. Policelli’s throw pulled the first baseman just far enough off the bag for Guba to reach and Young to slide in with the winning run.

“Nance is running hard," said head coach Mike Kennedy. "If not, that guy can step on second and then Guba gave us a great 90 [feet]. If he’s not running hard, you never know what’s going to happen.”

“They just outplayed us,” Kennedy said. “But that’s a good message for the guys: you keep plugging, keep plugging and you never know."

Towson scored all eight of its runs in the first five innings, but Kennedy said the bullpen was able to keep the score manageable for a possible comeback.

"We threw up four zeros in the back end when we weren't doing it early, so when they do that it gives you a chance," he said.