Clinton focuses on education in N.C. 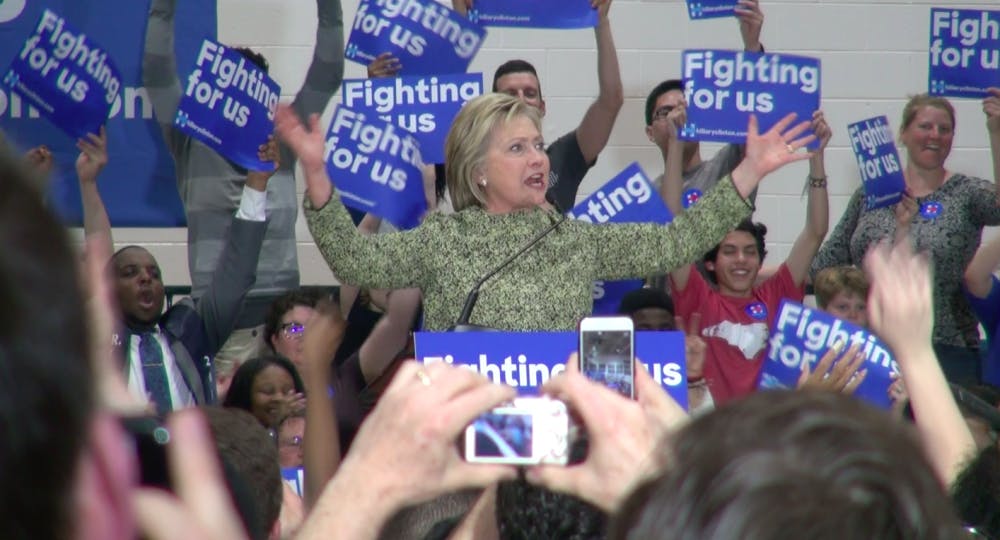 Durham, NC- The energy was high at Durham's Hillside High School as Hillary Clinton supporters flocked to the school's gymnasium for the campaigns get-out-the vote rally before the North Carolina Primary.

Clinton hit the stage shortly after 5:00 p.m. and focused her short speech primarily on education.

"For the life of me, I don't understand why Republicans have such a tough time funding public schools."

Clinton went on to say that communities need to take responsibility for their school systems and that the government should ensure that anyone in the country can get a good public education.

"Public education remains the foundation of our democracy and we are going to fight for it," she said. "You should not have to go to a wealthy school in a wealthy suburb to get art and music."

Clinton also made climate change a focus in her speech, citing the North Carolina humidity.

"Lets combat climate change with more clean renewable energy jobs, she said. "I can't believe that spring has already sprung, of course that reminds us we do need to take climate change seriously."

Victoria Watson, a freshman at Hillside High school who attended the rally said Clinton is the best candidate for education.

"I came to support Hillary Clinton because I feel like she's a good candidate for education, she said. "She benefits a lot of people in education and in the world and I think [her Presidency] will benefit in a lot of ways."

Supporter Luis Viller of Greensboro said while he likes Clinton's democratic challenger Bernie Sanders, when you dig deeper the choice is clear.

"The Clintons have done a lot good for the country," he said. "I hope that the millennials will be properly informed, properly educated on what Hillary has to bring because between Bernie and Hillary, Hillary is the better candidate."