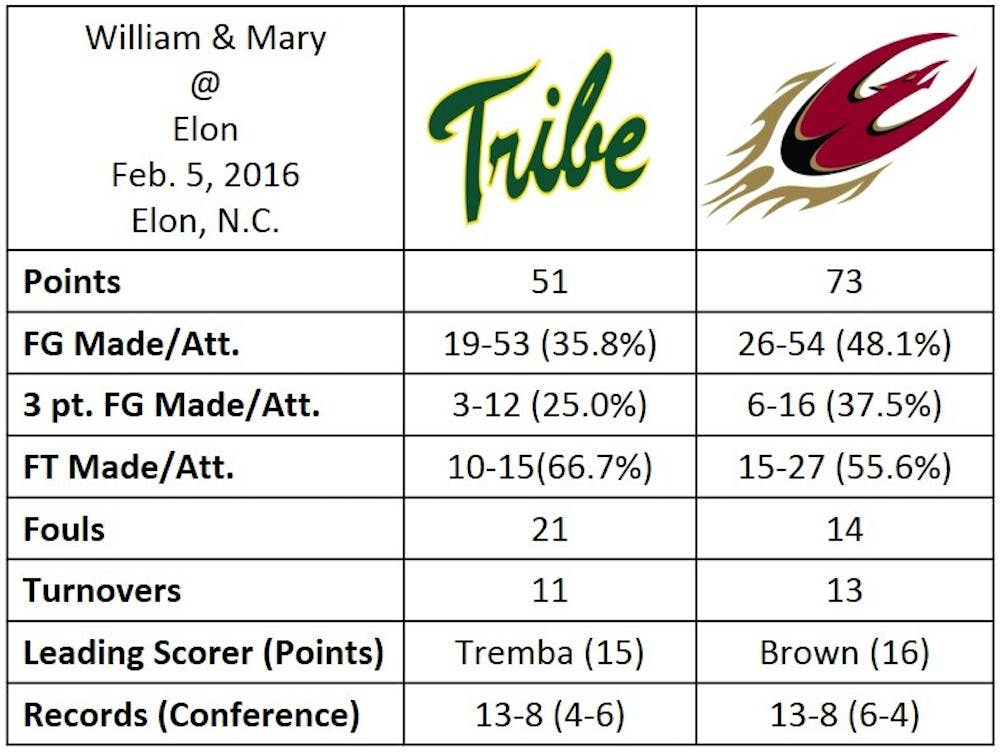 A late first half surge by the Elon University women’s basketball team left little to do in the second half as the Phoenix defeated the College of William & Mary 73-51 in Colonial Athletic Association (CAA) action Feb. 5.

Junior guard Lauren Brown led all scores with 16 points on 6-10 shooting. Sophomore center Malaya Johnson chipped in a with a double-double scoring 14 points and grabbing 11 boards.

"My guards were really finding me," Johnson said. "And then when I'm catching it, understanding and feeling my reads and just knowing where the open places were and knocking down my shots."

Elon ballooned its slim advantage to double digits going into halftime with an 8-0 run over the final 1:53 of the first half.

A bucket from junior guard Lauren Brown with 1:02 left in the first half put the Phoenix ahead by six forcing William & Mary to call a timeout. The stoppage of play did little to stop the bleeding for William & Mary as junior guard Lenaira Ruffin scored four straight points to close the half, including a buzzer-beating three-pointer from the right wing to put Elon ahead 36-26 going into the break.

Smith said Elon was able to wear down William & Mary by constantly rotating players throughout the first half. Smith added the run to close out the half gave the team a lot of momentum going into the second half.

"My biggest concern was that we were so excited that we wouldn't come out in the second half with that energy and focus that we need," said head coach Charlotte Smith.

Fortunately for Smith, the Phoenix built off its first half advantage and led by as many as 24 in the second half.

Elon's defense held William & Mary to under 36 percent shooting, while grabbing 46 points. "We talked about defense and rebounding," Smith said. "I was very pleased with what we did on the boards."

Elon will complete its weekend of CAA action with a road contest against the University of Delaware. Tip is scheduled for 2 p.m. Sunday.