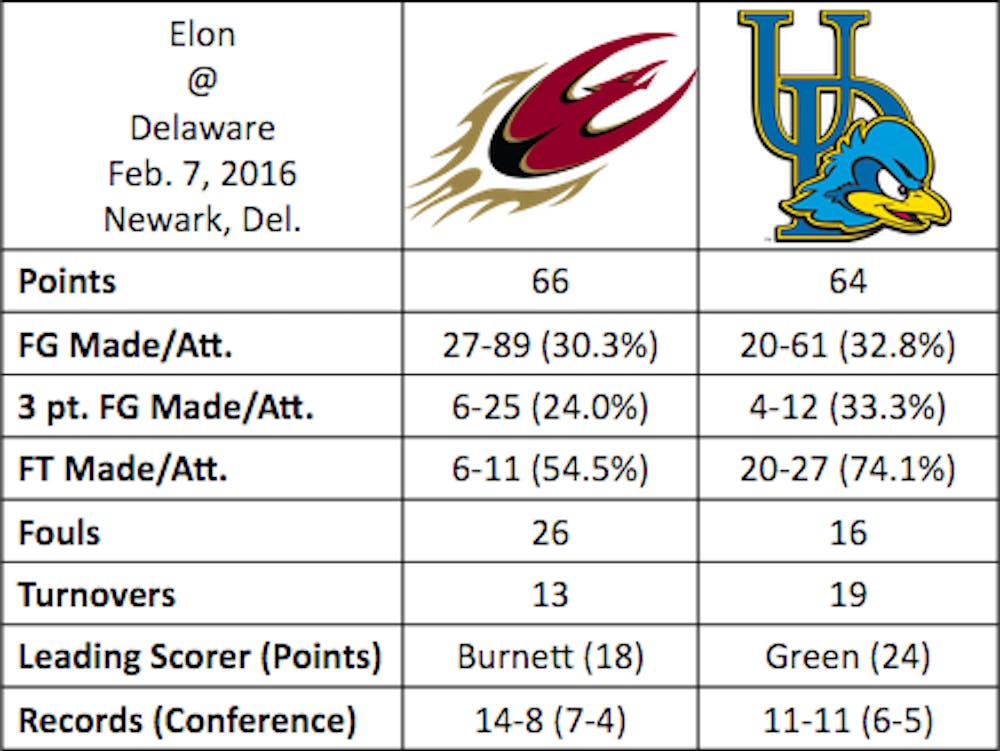 With 1.6 seconds left, sophomore guard Shay Burnett threw the ball off of an unaware Delaware player during the inbound play. Burnett collected the ball and shot a high-arcing layup, which went in as the buzzer rang.

Elon only got to the second overtime because of two last-second shots to tie the game in regulation and the first overtime. Junior guard Lauren Brown made her third attempt from deep in the final possession for Elon to tie the game and send it to overtime.

Burnett then came down after a missed free throw and made a 3-pointer with two seconds left in the first overtime to send the game to a second extra period.