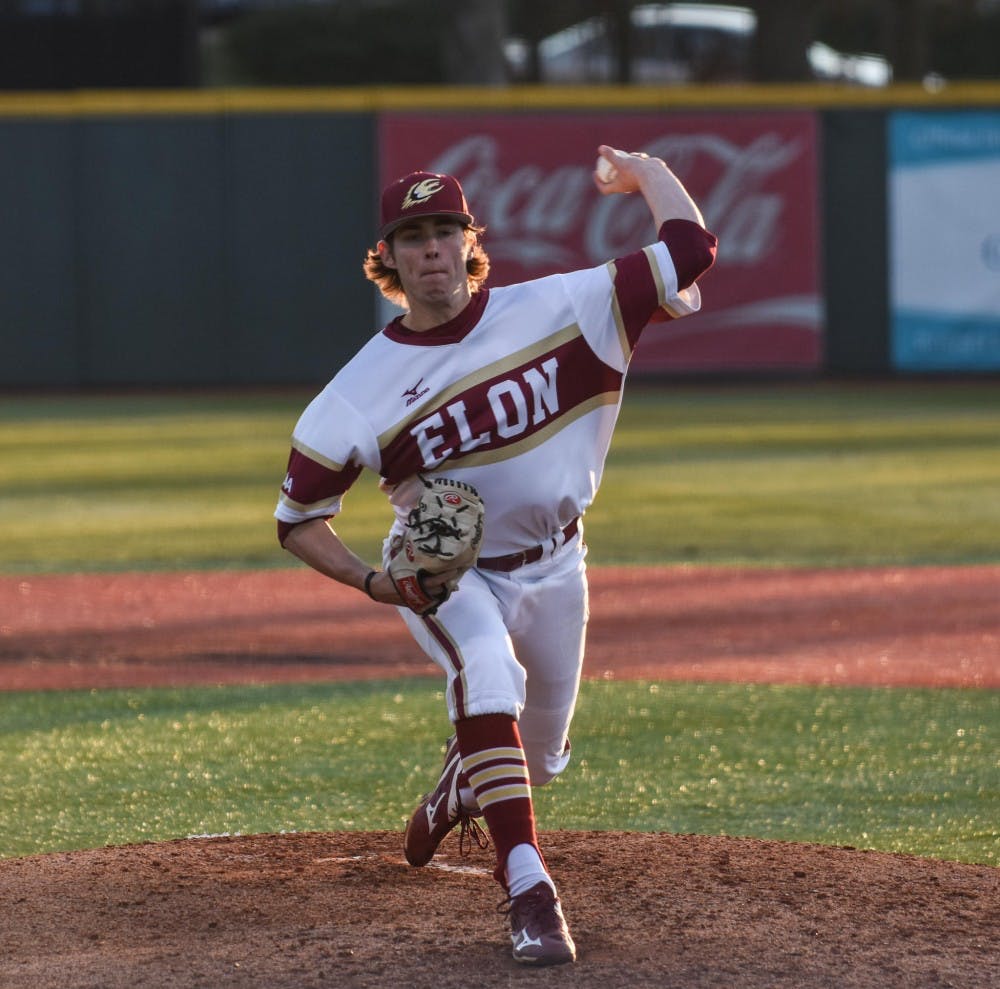 The Elon University baseball team’s 9-7 opening day defeat to Wright State University capitulated in the top of the 7th inning.  Entering the frame with a four run lead, a trio of Elon relief pitchers allowed six runs on four hits and three walks to give Wright State a lead it would not surrender.

“Their bullpen threw a lot of strikes and made some good pitches,” said senior first baseman Tyler McVicar. “It gave them a chance to keep their lead.”

Freshman pitcher Ryan Conroy failed to retire any of the three batters he faced in the inning. Elon’s lead was cut in half to 7-5 after a 2-run double from Raider senior designated hitter Jason DeFevers.

Freshman pitcher Kellen Elsbury followed McGullicuddy striking out sophomore second baseman Matt Morrow to bring Elon within an out of escaping with its lead still intact. Though, catcher Sean Murphy would let the Phoenix off the hook drilling a bases-clearing triple to dead center field to give Wright State a 9-7 lead.

“it’s really frustrating by any means,” said Junior designated hitter Will Nance. “You take it in and [when] you see a teammate struggling you should be able to pick that person up at any point in time.”

Though, head coach Mike Kennedy said the difference in the game came earlier in the game when Elon had the bases loaded with one out in the bottom of the fifth. The Phoenix was unable to extend its four-run lead as freshman Liam O’Regan and McVicar each struck out looking to end the frame – something Kennedy said happened too often later in the game.

"Offensively, we did some really good things for about five innings,” Kennedy said. “I thought we struggled on the backside. We kind of locked up a little bit, and started taking pitches some more. We [also] struck out a little more than we would've wanted to.”

Senior third basemen John Brodner put Wright State in front early with a bases loaded two-run single down the right field line in the top of the first inning.

The Phoenix answered with a four-spot of its own in the bottom half of the frame. Junior center fielder Jamal Clarke led off the inning with a hit by pitch. After stealing second, junior third baseman Nick Zammarelli drove Clarke home with a double to right center field. Nance then knocked in Zammeralli with an RBI single to knot the game at 2 apiece.

“I’ve been with the team for so long and couldn’t contribute any last year, just to be able to contribute for a chance is nice,” Nance said.

Senior catcher Danny Lynch put Elon in front with a two-run home run. After fouling off a pair of pitches with a full count, Lynch took the ninth pitch of his at-bat deep to right center field to give the Phoenix a 4-2 lead.

Lynch finished 1-4 with a home run and a walk. His two-run blast ties his mark of one home run in each of his last two seasons.

Junior pitcher Jordan Barrett settled down after giving up a pair of runs in the first. The transfer from Polk State Community College allowed just one hit in his last 3.2 innings pitched. He left the game allowing three earned runs on four hits while striking out five Wright State batters.

“Everyone here trusts he’s gonna go out and do his job every single time he’s out there,” McVicar said.

Kennedy said he gave Barrett the opening day nod because he deserved it, but said the left-handed transfer from Polk State Community College would need to last longer than the fifth inning.

Junior pitcher Mark Meyer ears the win for Wright State, while McGillicuddy picks up the loss. The loss marks the first time the Phoenix lost on opening day since 2011.

The Phoenix and Wright State will resume its series tomorrow Feb. 20 with a doubleheader. First pitch is scheduled for 1 p.m. at Latham Park.