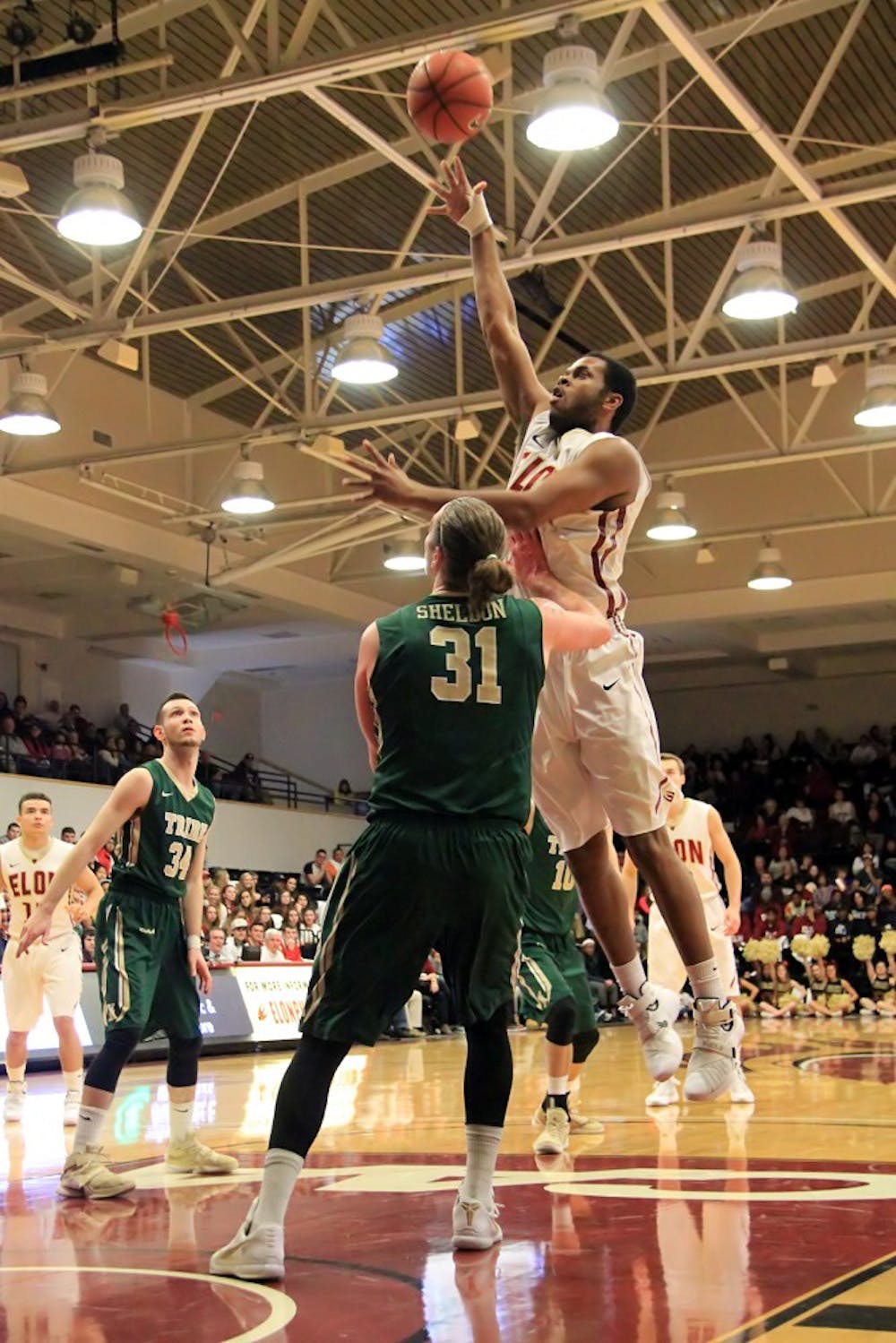 The Elon University men’s basketball team's senior night ended like a handful of other home games as the Phoenix let a lead slip away late as the College of William & Mary took home the 75-65 victory in Colonial Athletic Association action.

“I’m not really sure, to be honest. I don’t have an answer,” Eddy said, who hit a three to give Elon a 65-64 lead before going scoreless the rest of the way.

“It’s not like we didn’t get good looks,” he added.

Prewitt’s jumper gave William & Mary a 66-65 lead it wouldn’t surrender, while Tarpey scored a key put back after grabbing an offensive rebound to put the Tribe up five with 58 seconds remaining.

Head coach Matt Matheny said it was apparent how William & Mary finished the game with poise, while his young Elon team played “tentatively” down the stretch.

“That’s part of our growing process is we have to learn how to finish games like this off,” he said

Matheny said Samson will look back on his senior night fondly despite the loss.

In the second half, William & Mary worked its way back to tie the game at 57 apiece with consecutive and-one baskets on fouls called on sophomore forward Jack Anton. Senior guard Terry converted his four-point play, followed by an old-fashioned three-point play from senior forward Sean Sheldon.

With all four seniors on the floor to start the game, Elon opened up to a quick 6-0 lead. Samson hit a three in the game’s first possession and Eddy followed with another at the 19:01 mark of the first half.

“Putting those seniors in the starting lineup really gave us a lot of energy, gave the whole place a lot of energy," Eddy said. "Dr. Daniely [was] in the building ... We were feeling good.”

With the game tied at 11 apiece, Samson hit back-to-back three-pointers to give Elon a 17-11 lead with left in the first half.

The Tribe found its offensive rhythm in the middle of the first half, scoring on six straight possessions to tie the game at 26. William and Mary took its only lead of the half with a pair of free throws from Tarpey to give the Tribe a 30-28 lead.

Elon responded and grew to 39-32 entering half time. The seven-point lead was the Phoenix’s largest of the first half.

“We did not carry over that energy and passion [from the first half,] particularly in the last eight to 10 minutes.,” Matheny said.