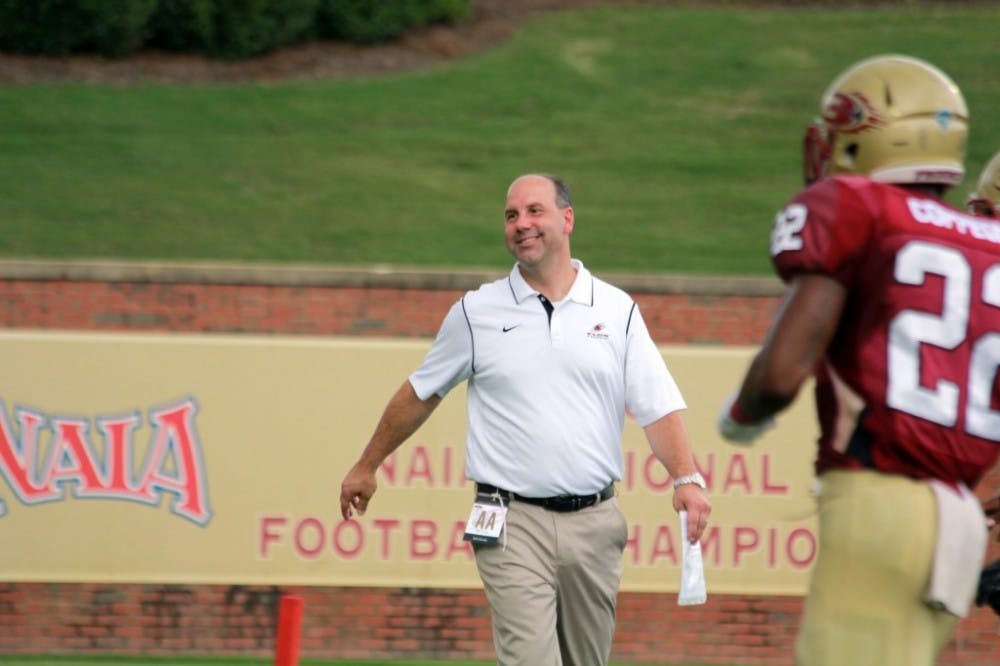 The move comes less than a week after the team announced the retirement of Jerry Petercuskie after two seasons as the defensive coordinator. The university has not revealed the changes yet due to internal paperwork, but Skrosky talked at length about Madden’s drive and knowledge of the system.

“It really wasn’t that hard of a decision,” Skrosky said. “There’s a lot to be said for the consistency, and he’s been in this defense since 2003. He’s extremely bright, and any task Madden’s ever been given, he’s going to do it in a perfect way. Is he an OCD? Yeah, probably. He’s got those traits. Whether it’s doing a film breakdown, or an opponent study … he’s awesome.”

Skrosky also said that Gerald Chatman, previously from Butler University, replaces Madden as the defensive line coach. Chatman coached at Texas A&M University last year as a graduate assistant, and previously was an assistant recruiting coordinator for Butler and worked at Ball State University, where he met Skrosky.

“From a recruiting standpoint, he’ll add a tremendous value,” Skrosky said. “And the thing that always stood out to me at Ball State was the way he interacted with the kids. I saw those kids, when they could have gone to a lot of other people with things, they’d go to Gerald.”

Butler plays in the Pioneer League for football, which is a non-scholarship conference in the Football Championship Subdivision (FCS). Skrosky believes Chatman’s role on the staff will have a focus on recruiting.

With Madden as the new defensive coordinator, the defense will not change in terms of style, going with the Base 4-3 (four defensive linemen, three linebackers). Skrosky said “a few dozen” coaches inquired about the open position, including guys who were “more than qualified.”

“Those last few days were hard,” Skrosky said. “I knew what I was going to do, but I couldn’t do it because I had to tell the kids, the recruits and the staff. In today’s day, that is friggin’ hard. But we were able to keep it in-house until we told [everyone].”