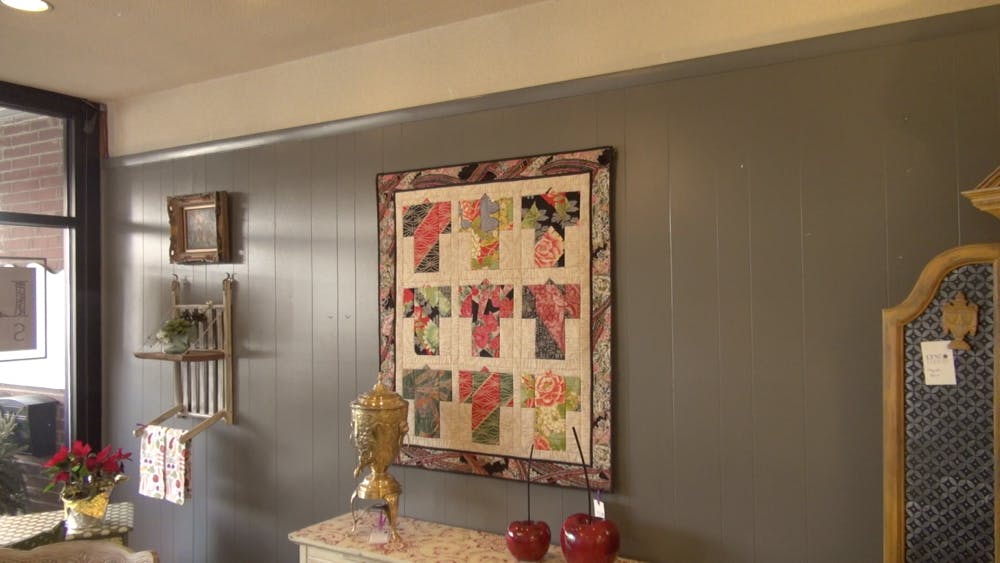 Purple, green and gold cupcakes and beads means Fat Tuesday is on its way. But for one store on East Front street, it also meant ample foot traffic in downtown Burlington.

"One of the best things about downtown has been the merchant population. It's a great group of merchants. They all work together. With Mardi Gras we figured it was a good time to just kind of have a little celebration," LYNCO Studios store owner Lynn Cowan said.

Cowan has a 30-year background in architectural preservation, and experience in interior design.

"This is my fun thing," Cowan said.

It's not just the art, but the wood itself. Cowan said if you can't sit on it then it's not worth selling.

"For the most part there's not enough quality furniture out there that's unique enough to preserve the way it is," Cowan said.

Cowan said keeping her eyes peeled and customers who bring her furniture allows her to discover new treasures for her shop.

"It really bothers me when you think of sort of the embodied energy in some of these pieces that they would just get thrown out. When it's really easy to give them a new life to continue to do what they were made to do," Cowan said.

While Elon University students are more interested in smaller items like chalkboards and trays. She said Elon parents are the ones who buy her bigger pieces. More of Cowan's work can be found on LYNCO Studios Instagram and Facebook.