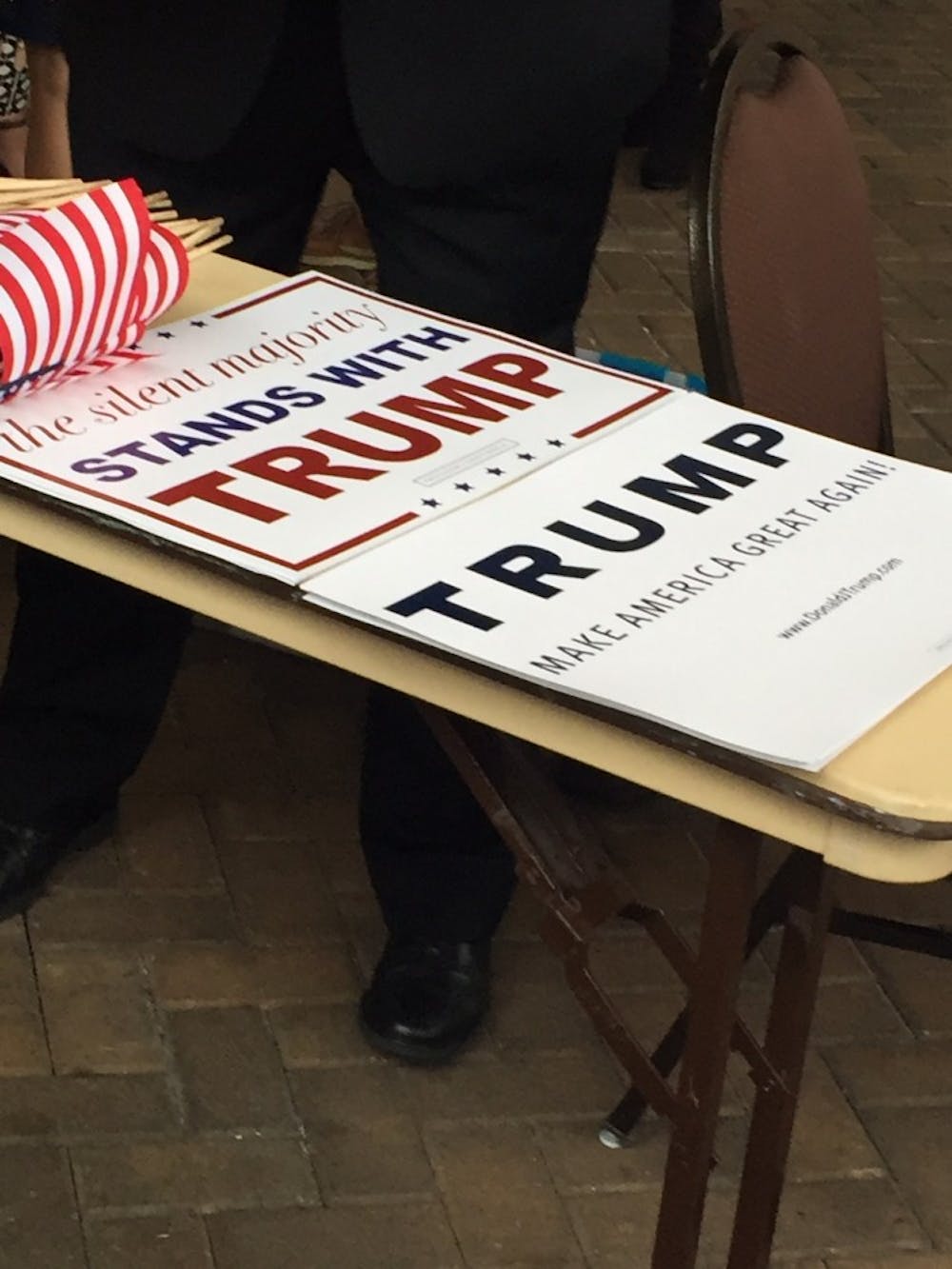 SPARTANBURG, SC- It didn't take long on Saturday night for Donald Trump's South Carolina Primary results watch party to turn into a celebration. CNN projected Donald Trump the winner with 32 percent of the Republican vote after just 3 percent of precincts reporting, less than an hour after polls closed.

And the excitement only intensified at the Spartanburg Marriott, where so many supporters gathered, the fire marshal had to cut off entry. The cheering grew even louder after competitor former Florida Governor Jeb Bush announced he was dropping out of the race.

Not long after later Trump took the stage and wasted no time declaring his confidence that he would soon make his way to the White House.

"As people drop out, I'm gonna get a lot of those votes also...I think we're gonna do very well," he said.

After allowing his daughter and his wife to speak, Trump covered a variety of topics in his short speech. This included healthcare.

"We're going to terminate Obamacare. It's dead. It's not working."

On immigration Trump reassured his supporters he has no plans of softening his policy plans.

"Im leading in every poll with Hispanics. They love me, I love them."

The businessman-turned-politician wrapped up his speech with a resounding praise for his volunteers and supporters in South Carolina.

"We will never, ever forget you," he said.

Supporters praised Trump's energy and passion on the stage. Bailey McGauley, a 20-year-old student at Anderson University, said she supports Trump because of his stance on political correctness.

"We don't want anymore political correctness," she said. "Just say what you feel, do what needs to happen, and make this country great again."

North Carolina Resident and long-time Trump supporter Myron Yoder brought son from Polk County North Carolina to see the results party and get more excited about politics. He summed up the feelings of many leaving the rally.