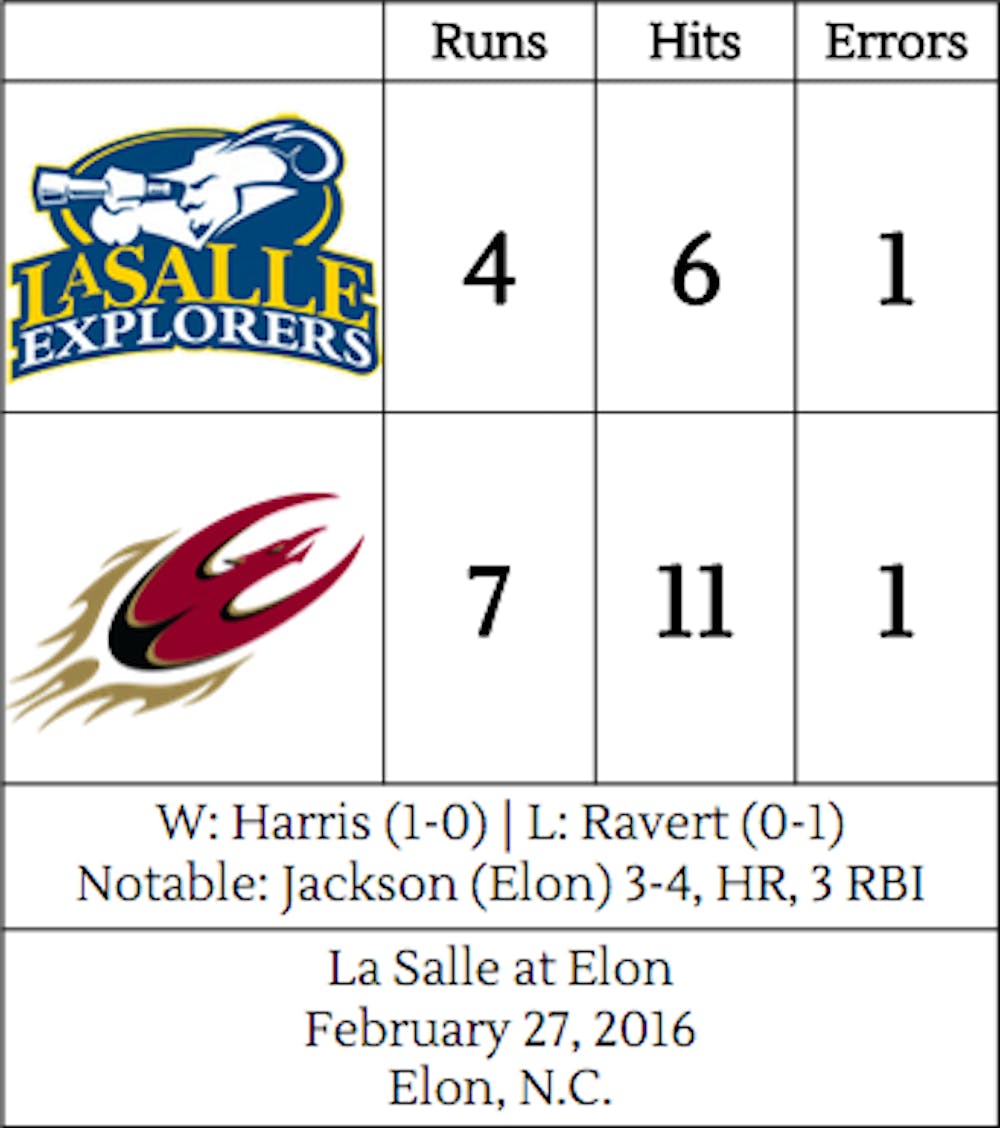 “It definitely feels good to get the first one out of the way,” said junior center fielder Kyle Jackson. “We started out 0-5, but that record doesn’t reflect the way we’ve played."

Jackson went 3-4 including his nation-leading fifth homer of the season – a three-run shot in the bottom of the seventh inning to put Elon ahead 7-2, which also proved to be the game-winning runs.

“Off the bat I knew I squared it up, but I knew I hit it straight up so I was a little mad,” he said. “Thankfully the wind took it and gave us the lead.”

Jackson said he hasn’t changed his approach at the plate, and plans to continue doing what has gotten him his .500 batting average through six games.

Junior starting pitcher Matt Harris earned the victory for the Phoenix, pitching six innings and allowing a pair of runs on three hits while striking out six La Salle batters.

“I was just throwing fast balls down in the zone and kind of let [La Salle] get themselves out,” Harris said. “My changeup was working early and my slider was working late.”

Harris’ outing was the longest of any Elon starter this season. Head coach Mike Kennedy said Harris' ability to get through the sixth allowed Elon to not use too much of its bullpen in the first game of the series.

Kennedy said Harris’ quality start also relieved some of the pressure off the Phoenix’s offense, which had been playing from behind throughout the start of the season.

Senior catcher Danny Lynch tied the game at one apiece with a solo home run to center field to lead off the second. Freshman shortstop Ryne Ogren put the Phoenix in front with a one-out RBI single to left field to score senior designated hitter Tyler McVicar.

Ogren knocked in a second run with another RBI single in the fourth.

The Phoenix tacked on another run in the fifth with a pair of doubles. Junior first baseman CJ Young led off the inning with a double to right center field. McVicar then drove Young in with a two-out double to center field.

Elon and La Salle will continue its three-game series at 2:30 p.m. Saturday.