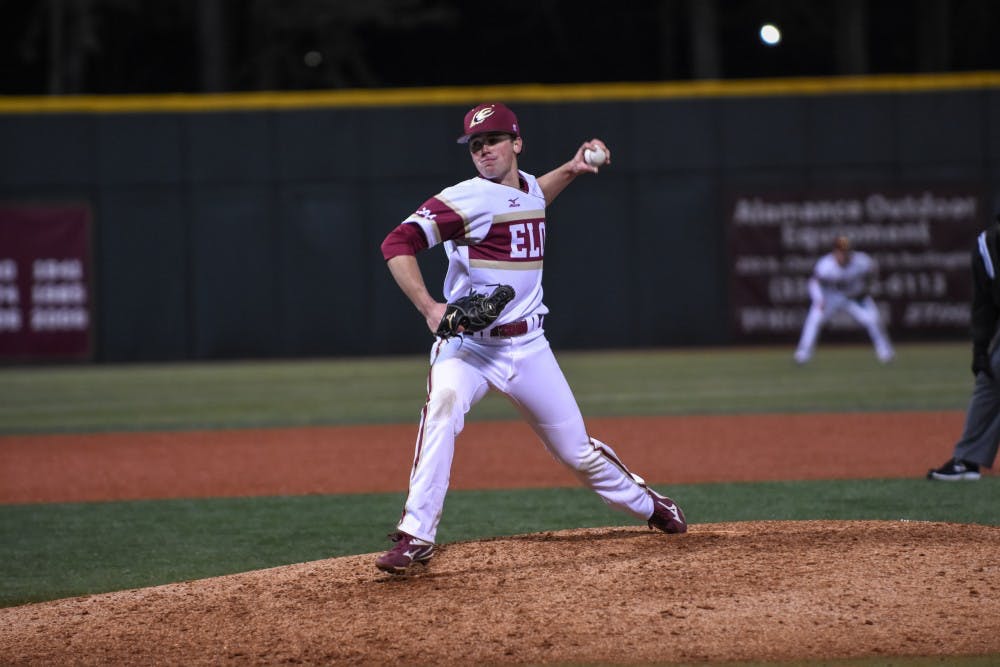 The Elon University baseball team lost its fifth straight to start the season with a 7-3 defeat to the University of North Carolina at Greensboro Feb. 23.

Elon scored three runs in the first two innings, but UNCG plated six in the bottom of the third inning thanks to a pair of Phoenix errors.

Junior outfielder Kyle Jackson went 2-4 in the loss including his fourth home run of the year.

Junior infielder Nick Zammarelli and Jackson each had RBI singles in the top of the second inning to give Elon an early 3-0 lead.

Junior pitcher Ben Kerner picked up the win for UNCG in relief of starter senior Keaton Haack, while Conroy took the loss for the Phoenix.

Elon returns home for its second weekend series of the season. The Phoenix will host La Salle College for a three game set starting at 4 p.m. Feb. 26.