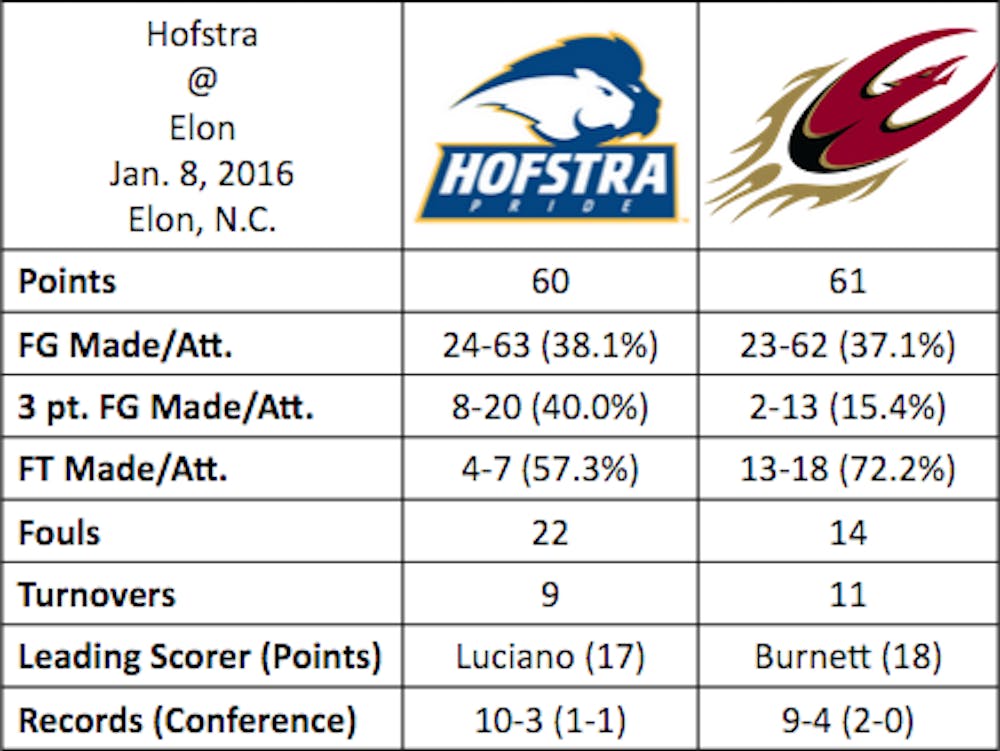 "It runs up my dry-cleaning bill because I stress myself out," joked head coach Charlotte Smith. "It helps to know that we can win games in the clutch."

The Colonial Athletic Association rivals were on the see-saw all night, trading shot-for-shot and foul-for-foul in an increasingly physical match-up.

"It's a battle from start to finish," said junior forward Jenifer Rhodes. "First, second and third quarter, we feel tired. But in the fourth, we try not to. That's when [opponents] are like, 'okay, let's lock in.'"

Rhodes fought for position and on the glass with Hofstra's junior center Sandra Dongmo and sophomore forward Ashunae Durant all night, who pulled down nine and 11 rebounds each, respectively. Rhodes came away with just five for herself, but all came on the offensive glass, which went a long way towards getting herself and her teammates second-chance points.

"We weren't worried about having to double them," coach Smith said. "Just be big and make them shoot over you. The biggest threat we felt though was their guard play. They have very, very good guards."

Burnett nodded in agreement, but she seemed to get the best of that match-up. She finished with 18 points on 5-of-11 shooting from the field, and took defenders to the basket to bait them into sending her to the foul line. Such a play won the game for the Phoenix, and Burnett finished 8-of-9 from the free throw line.

She was back and forth to the line early and often, but Burnett also displayed a brand of physical basketball. She contributed 11 rebounds, and late in the game was maneuvering Hofstra's zone defense to get low-post position for offensive and defensive rebounds.

"It's hard to match up and box somebody out in zone," Burnett said. "So whenever they turned their head I would really just go under and box them out on the offensive end, get offensive boards."

For the Phoenix, the win puts the first two conference games under its belts as victories, with more conference play ahead, as the defending CAA champion James Madison University set to visit Alumni Gym at 2 p.m. Sunday.

Elon stands at 9-4, second in the conference currently, and is also 5-0 at home.