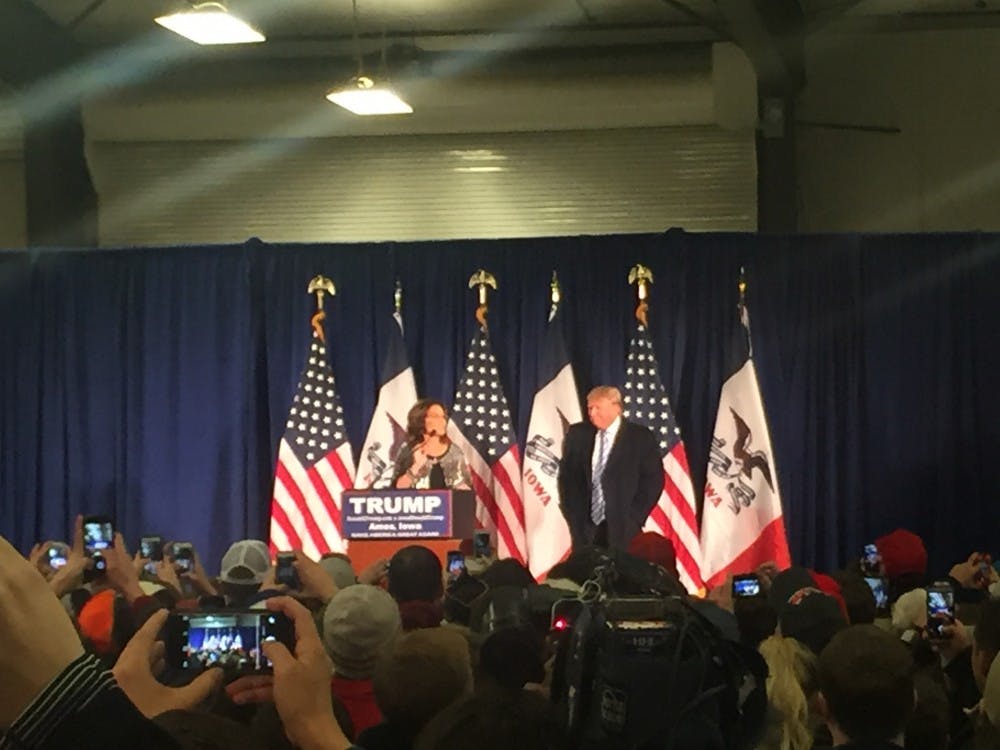 AMES, IA - Donald Trump held a special announcement event at Iowa State University today. The barn, as Trump called it, was filled with several hundred primarily white, millennials. Trump wasn't shy to share that there were hundreds still lined up outside due to the lack of room inside.

Throughout the afternoon there were media speculations as to whether the Republican frontrunner would be receiving an endorsement from former Vice-Presidential candidate, Sarah Palin.

Trump began his remarks by mentioning a special person, who he later introduced as Governor Palin.

Palin gave her remarks on why she believes Trump will be the next president and the importance of Iowa citizens.

Palin mentioned potential criticism she was told she could receive for endorsing Trump. She referred to what she called attacks from the media in 2008 when she was nominated for Vice-President and was recorded saying, "You betcha!"

"A president is to keep us safe economically and militarily," says Palin.

While Trump was speaking a group of twenty-odd protestors began shouting, "Vote for Trump, vote for hate!" Trump responded to the shouting by telling security to get them out. This was followed by his supporters beginning a "USA" chant, in which Trump joined in. A few minutes later during Palin's speech a young man began yelling, "you guys are a joke." He was immediately escorted out by security.

Palin ignored the second protestor and continued her speech by criticizing the, "GOP establishment."

"We need someone new who has the power and is in the position to bust up that establishment to make things great again. It's part of the problem, says Palin. "His candidacy, which is a movement, it's a force, it's a strategy. It proves as long as the politicos, they get to keep their titles and their perks and their media ratings, they don't really care who wins elections. Believe me on this."

Trump will next be in Norwalk, Iowa before heading down to Tulsa, Oklahoma.