Poor second half plagues Phoenix in loss to JMU 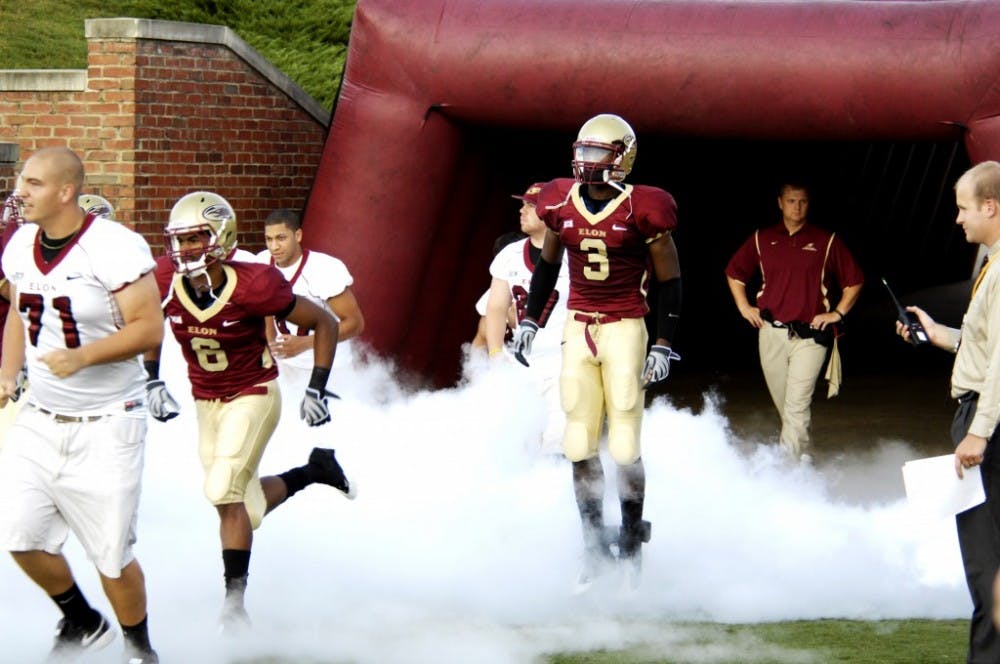 The Elon University men's basketball team came out on fire in the first half of its game against James Madison University, but the Phoenix couldn't keep the pace and the Dukes left Alumni Gym with an 82-64 win on Saturday night.

"I looked at the numbers at halftime and said, 'Wow, we're really shooting the ball well, but we're only up a point,'" Elon head coach Matt Matheny said. "That was the thought that I had."

But the strong shooting night didn't continue for the Phoenix, as it shot just 8-of-32 (25 percent) from the field in the second half, including just four of its first 20. Elon scored just 12 points in the first 16:24 of the second half. The Phoenix was ice-cold from three-point range in the period making just 1-of-16 (6.3 percent) from deep.

"If you're starting to struggle, you have to do the little things," Elon guard Dmitri Thompson said. "Play defense, first of all. Get offensive rebounds, cut hard, get easy points, we shied away from all of that and it showed."

Foul trouble also hurt Elon in the second half as forwards Christian Hairston and Tyler Seibring each picked up their third and fourth fouls early in the half leaving the Phoenix playing with a much smaller lineup than usual.

And Elon continued its struggles from the free throw line, making just 4-of-13, including missing its final six attempts of the game.

"You've got to make free throws and open shots to hang in," Matheny said. "If you're struggling with combinations due to foul trouble, and you're missing foul shots and you're missing some shots you can make, then you end up with the score that we got."