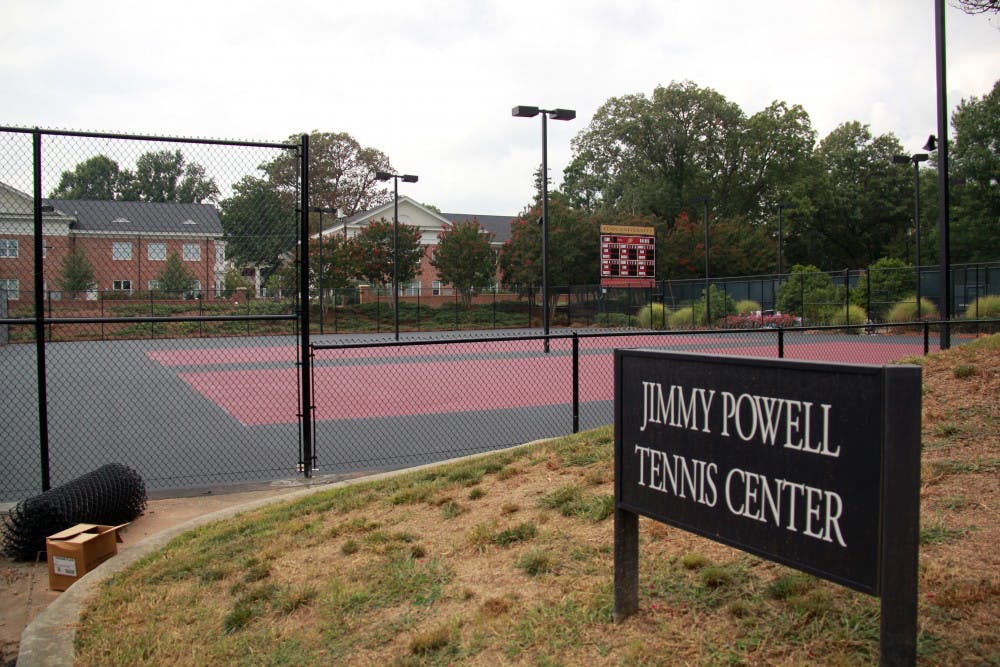 
The Jimmy Powell Tennis Center was resurfaced in September 2015. Elon will host the CAA Championships here in April 2016.

The Elon University men's tennis team had a doubleheader scheduled for Saturday, but the impending bad weather in the area has cancelled the matches against North Carolina A&T State University and Bluefield College.

The two matches were slated to be the first match of the spring season at the recently resurfaced Jimmy Powell Tennis Center. A potential makeup date for the doubleheader has not been determined, but it is expected to be played later in the season.

Without these matches, The Phoenix heads up to the Commonwealth of Virginia for its next two matches, traveling to the No. 1 University of Virginia Feb. 6 and Liberty University Feb 7. The new opening home match for Elon is at 1 p.m. Feb 13 against the University of South Carolina-Upstate.