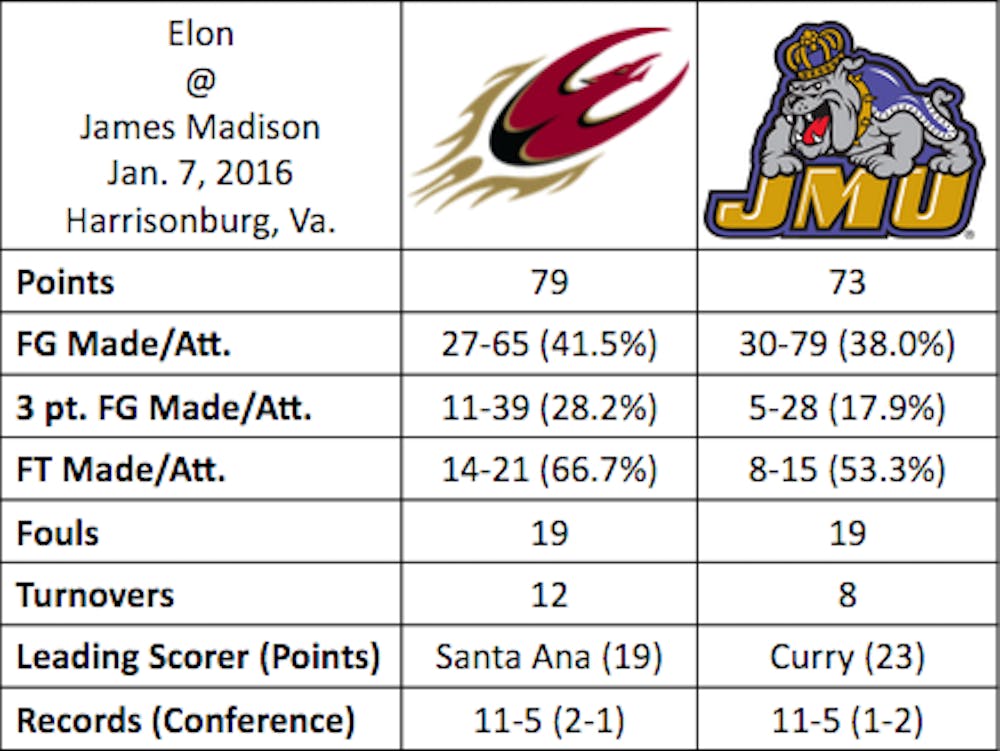 Elon (11-5 overall, 2-1 CAA), picked to finish last in the CAA before the season, trailed for less than 10 minutes of game time and never trailed in the second half against the Dukes, who were picked second preseason.

A 9-0 run in a 2:05 stretch early in the second half built the lead for Elon to 14 points, which was the highest lead of the night for either team.

When James Madison (11-5, 1-2) cut the lead to six points, the Dukes started fouling Elon, challenging the Phoenix to make free throws. After Elon shot 18-31 at the line against Drexel University in its last game, the Phoenix made 8-12 free throws in the final two minutes, solidifying the victory.

Senior guard Tanner Samson was held to eight points on the night, ending a 10-game streak of scoring 10 points or more. Samson made one 3-pointer, which now gives him 50 for the season. He is also at 292 3-pointers for his career.

The Phoenix returns home for an early evening affair, hosting Hofstra University at 6 p.m. Saturday. The Pride was voted as the top team in the CAA before the season, but lost to the College of Charleston Thursday night 72-61.