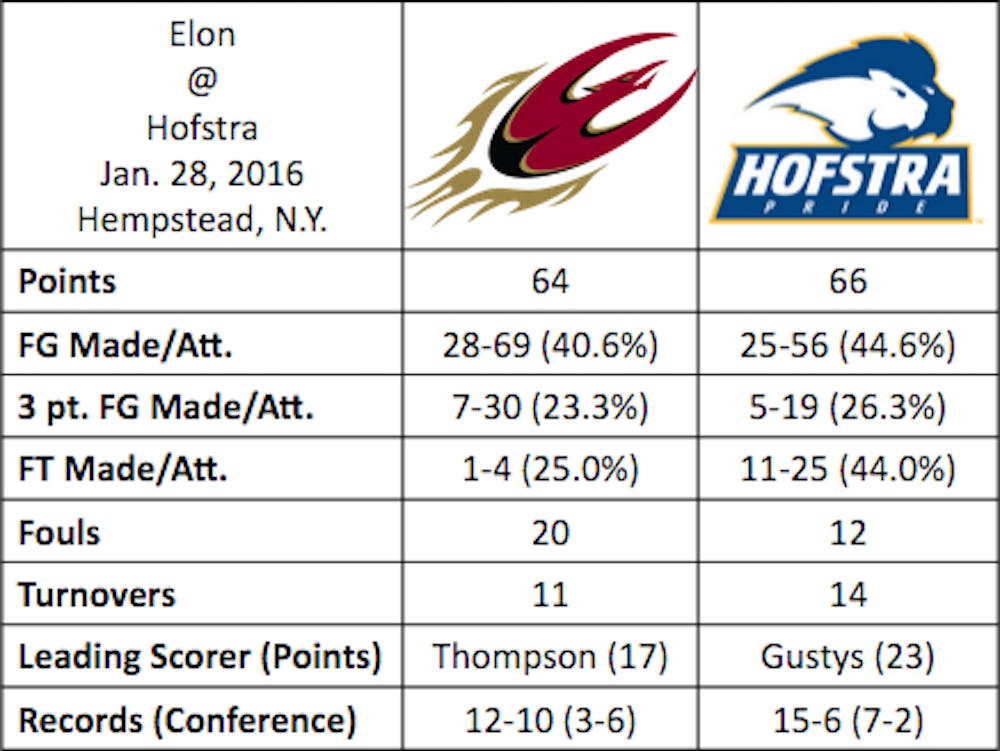 The loss was Elon's third straight and fifth in six contests, as the Phoenix tumbles down the standings to eighth place, touting a 3-6 record in conference play thus far.

Hofstra took the lead on a left wing jumper from senior guard Juan'ya Green with 2.1 seconds to play. Green had struggled throughout the game, converting on just 4-of-14 of his attempts from the field while sophomore center Rokas Gustys shouldered the load for the Pride. Gustys bullied Elon's front-court for 23 points and 19 rebounds on 10-of-13 from the field.

Elon had a chance to take the lead with 17.1 seconds left, but junior guard Luke Eddy missed the front-end of a 1-and-1 opportunity at the free throw line. After Green's basket, Eddy heaved a buzzer-beater from deep, but it was blocked.

For the Phoenix, the two-game road trip concludes with a trip to Boston to face-off with Northeastern University at 7 p.m. Saturday.