12 points in first 16:24 of second half dooms Elon in big CAA home game 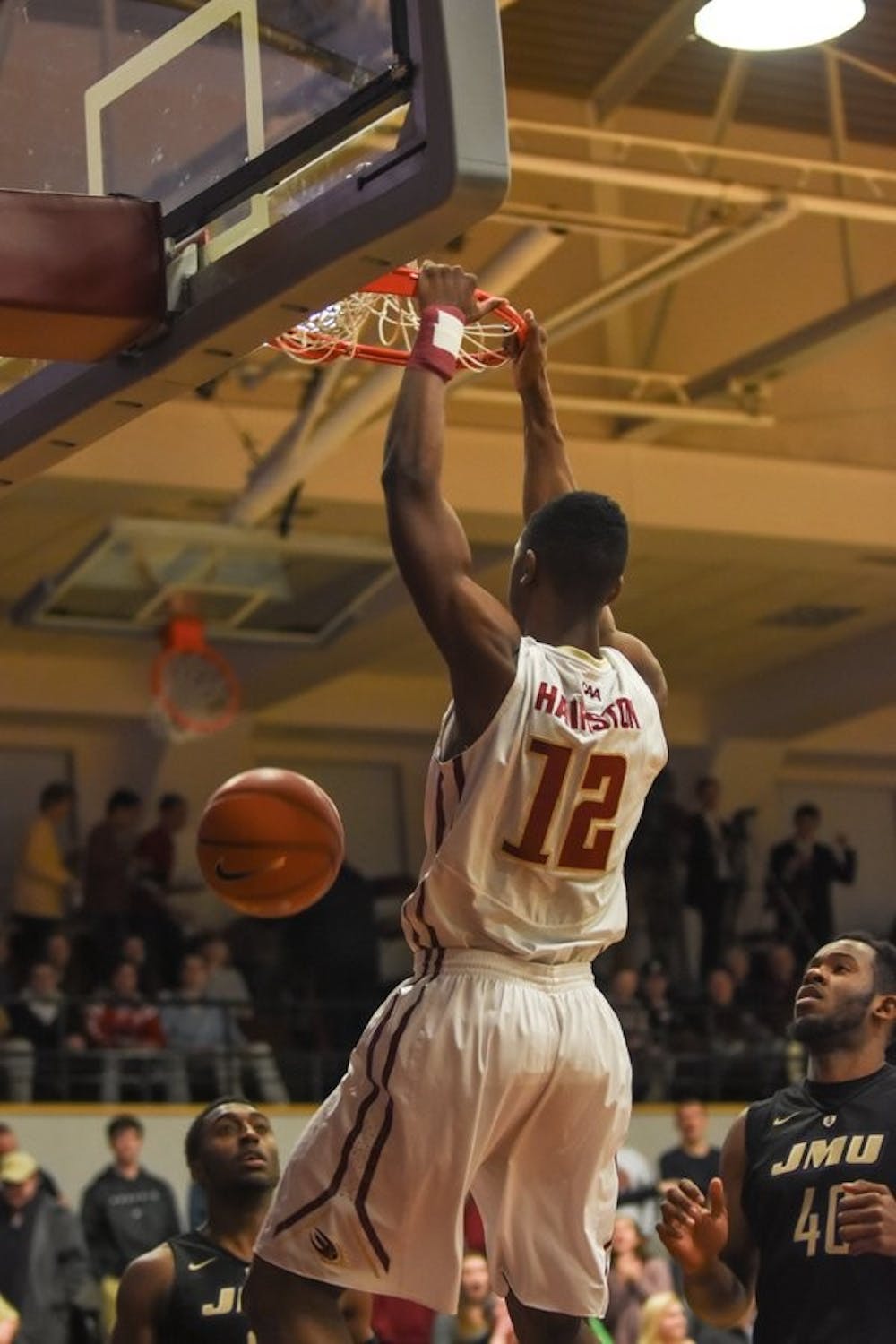 The Elon University men’s basketball team couldn’t continue the offensive assault it had in the first half, scoring just 21 points as the Phoenix fell to James Madison University 82-64 Saturday night in a Colonial Athletic Association (CAA) contest.

Elon held a 43-42 lead at halftime but scored 12 points in the first 16:24 of the second half, shooting 8-32 from the field and an abysmal 4-13 from the line. The Phoenix had four times down the stretch when the free throw shooter missed both shots at the line.

It was a balanced attack offensively for Elon, with nine of the 11 players who played scoring for the Phoenix. Swoope finished with the team-high at 12 points, while redshirt sophomore forward Brian Dawkins and sophomore guard Dmitri Thompson each had 10.

The Phoenix, now 12-9 and 3-5 in the CAA, travels to Hofstra University and Northeastern University next weekend, with the game at Hofstra tipping off at 7 p.m. Friday.