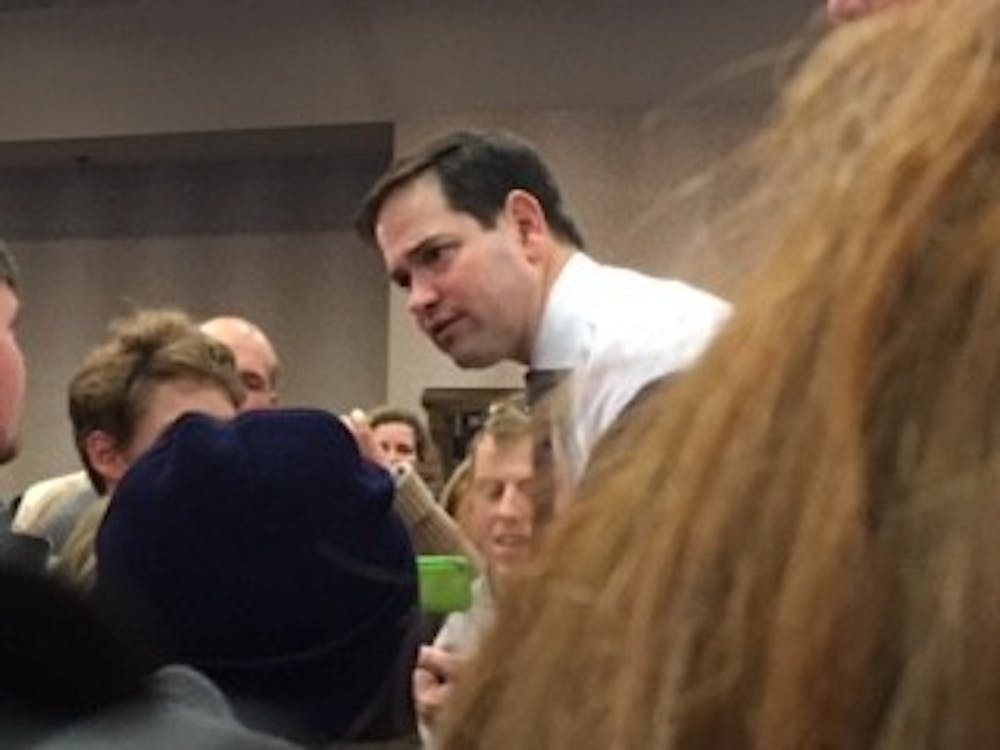 At the event, Rubio focused on appealing to demographics from millennials to Baby Boomers.

He discussed his plan to make some changes to Social Security and Medicare, but not to get rid of these programs like other candidates have suggested. He attributed these ideas to his mother.

"My mom is on Social Security and Medicare, so I've taken a very hard line in this campaign," he said, "I am against any changes that are bad for my mom".

Rubio said he wants to change the retirement age to 68 years old and to allow Social Security benefits to not be based on income levels.

He also told the crowd that he just finished paying off his student loans less than five years ago.

He said growing up, he struggled to make ends meet.