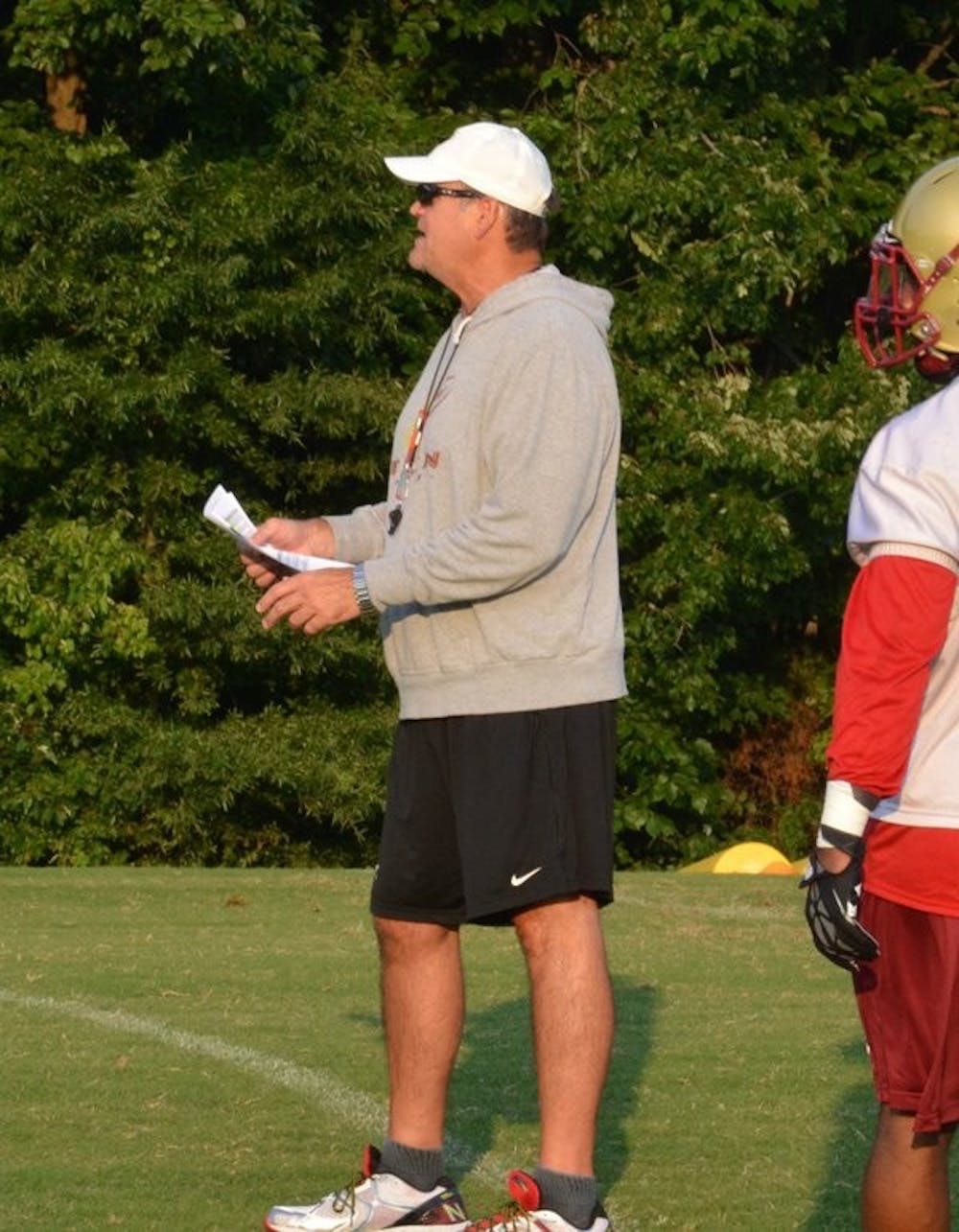 The Elon University football team announced the retirement of Jerry Petercuskie today in a press release. The defensive coordinator and linebackers coach will head to Cape Cod with his family after 40 years of coaching football.

Petercuskie previously coached at North Carolina State University before coming to Elon, and also coached at Boston College, the University of Virginia, Liberty University, Rutgers University and Brown University. Petercuskie coached at Rutgers at the same time that Elon head coach Rich Skrosky was a graduate assistant at the school.

"I am happy for Jerry on a well-deserved retirement after a tremendous career," Skrosky said. "I am grateful for his two years here at Elon, where he served as a mentor to student-athletes as well as coaches. He has played a tremendous role in establishing the expectation and the strides we are making as a program."

According to the release, Elon said the position Petercuskie is leaving will be filled shortly.