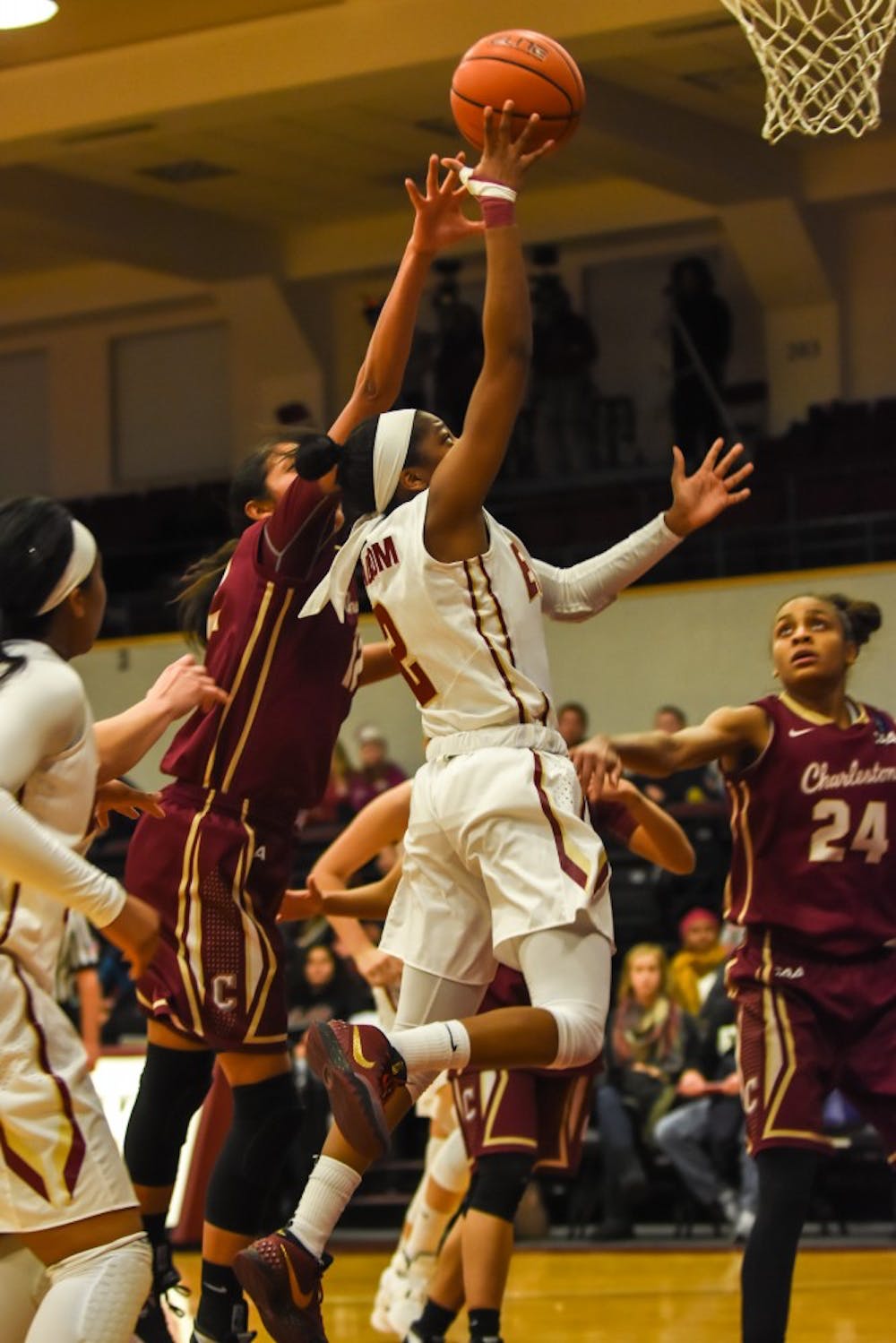 In a game that was riddled with offensive miscues from both teams, Elon won the rebounding battle 45-36, including several offensive rebounds late in the game that took time off the clock and sealed the Colonial Athletic Association victory for the Phoenix (10-7 overall, 3-3 CAA).

“You have to control the controllables, and we feel like the two things you can control are defense and rebounding,” said Elon head basketball coach Charlotte Smith. “I felt like we had some good spurts of defensive effort especially in the start of the second half that gave us a lot of energy.”

The Phoenix began the second half on an 8-2 run fueled by three forced turnovers, which gave Elon its largest lead of the game. Elon’s defense held a CAA opponent under 50 points for the first time in a regular season game since January 18th of last season in a 58-43 victory over Towson University. Junior guard Lauren Brown contributed to the defensive effort with eight rebounds, taking pride in her team’s effort to box out.

“We just focus on when our opponent shoots the ball, calling out ‘shot’ and that’s something that everyone does or everyone attempts to do so that we know to box out and get rebounds,” said Brown.

Despite the defensive successes, Brown and the offense struggled in this game, shooting 33 percent from the field including 0-14 from the three-point line. The struggles from behind the arc continue from previous games as the Phoenix have now shot only 9-62 (14.5 percent) in the past three outings.

“It is something that you would want to be fixed quickly, but all you can do is take it one game at a time,” said Smith. “All we can do is get in the gym and get up shots and just see what happens.”

Elon had to find other ways to score on the offensive side to maintain their lead throughout the game. The Phoenix found baskets through mid-range jumpers and trips to the free throw line, shooting 18-25 (72 percent) from the charity stripe. Sophomore guard Shay Burnett finished with a game-high 10 rebounds and added seven points, five of which came from the free throw line.

Junior guard Essence Baucom and sophomore center Malaya Johnson each finished with 10 points and five rebounds to lead the Phoenix to their third CAA victory of the season. Freshman guard Darien Huff led College of Charleston (4-11, 1-5) with a game-high 11 points.

The Phoenix will have a day off tomorrow to enjoy the snow and get some rest before it takes on UNCW at 7 p.m. Tuesday at Alumni Gym.