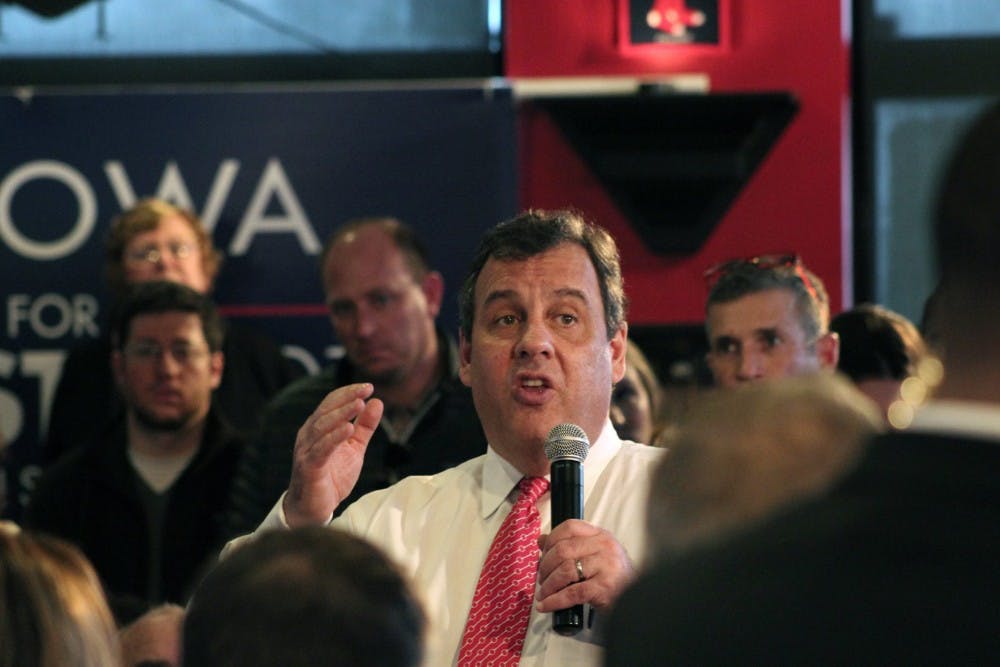 Christie began the day with a breakfast meet and greet at Machine Shed Restaurant in Urbandale.

The Republican presidential candidate greeted supporters over breakfast while also having conversations about topics such as the economy, the military, and healthcare with some diners.

Christie then traveled 45 minutes to Ames to host a town hall meeting at the Brick City Grill. Over 200 people attended the event.

Christie began the event with a speech about his personal connections with counterterrorism.

According to Christie, he was appointed the New Jersey State Attorney General on September 10, 2001, one day before the terrorist attacks on September 11.

He also recounted to the crowd the story of his wife, Mary Pat, who worked in the New York headquarters of an investment group located in One World Trade Center. He recalled when he had lost contact with her on September 11.

Christie then opened the floor to the audience, who asked him questions ranging from his position on gun control to how he will unify the nation if he is elected president.

The New Jersey governor referenced his experience in New Jersey, a state that is traditionally Democratic.

"I've had to sit down with my legislature and compromise every time," he said, "That's what I'll do in the Congress".

Governor Christie will hold more events in Iowa over the next three days with almost two weeks until the Iowa Caucus.